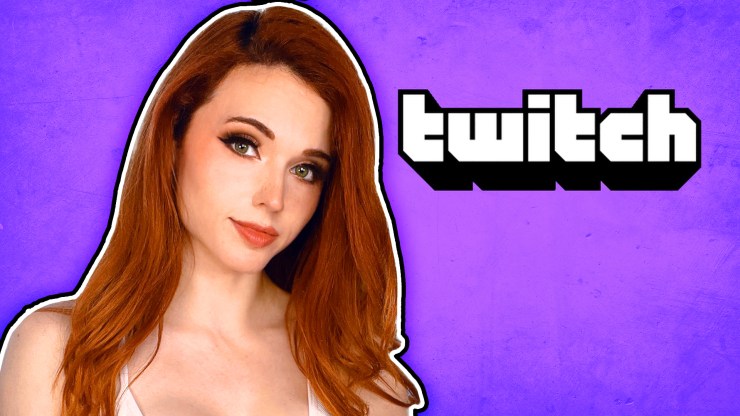 She said a therapist described her situation as equivalent to “living in a fancy prison.”

Twitch streamer and OnlyFans model Amouranth alleged during a livestream on Saturday that she is in an abusive marriage.

Amouranth, whose real name is Kaitlyn Siragusa, claimed that her husband, whom she did not name, has threatened her career, finances, and animals.

While the stream is no longer available on her Twitch channel, many have circulated clips online, including one where Siragusa is allegedly speaking to her husband on the phone after he threatened to kill her dogs. At various points, the man is heard shouting and cursing at Siragusa as she cries.

She claimed a therapist told him that “this is a form of psychological abuse” and that she is essentially “living in a fancy prison” as a result of his behavior.

“Then he changed for a bit, and then the hot tub matter arose and he was like, ‘Oh, this is an opportunity.’ And then he turned into an asshole again,” she said, referencing her lucrative hot tub streams that have caused a stir on Twitch.

According to Siragusa, her husband did not want her to publicly reveal their marriage, as he thought it would harm her streaming and OnlyFans business. Siragusa said she wanted to share their relationship with her followers as she thought it might help their marriage, but he refused.

“You want me to tell them I’m single?” she said to the camera during her stream. “It’s about to be true, piece of shit.”

She further alleged that he frequently threatens her, specifically outlining an instance where he said he would leave her and take all her money except for one million dollars. While that sounds like a high figure, according to numerous reports, that is less than her monthly income.

Despite the size of her career, Siragusa said her husband is the one with access to her numerous social media accounts.

“All the accounts are two-factor to his number and he has all the login information to things, you know,” she said. “It’s like, it keeps you there with the fear and the threats.”

Siragusa later showed a series of texts she received from her husband, including several where he said he was going to toss her belongings off a hotel balcony. He also threatened to delete her social media accounts, close her bank account, and take her money.

Her stream left many of her fans worried. On Monday morning, her content lead gave an update regarding her safety but had few details.

“People on the team were able to talk to her and she says she’s fine,” he wrote. “Police went multiple times since 5am yesterday; She says she’s OK so they can’t do much.”

“She spent all day talking to her husband to sort things out,” he continued.”

See what others are saying: (Insider) (Dexerto) (Kotaku)