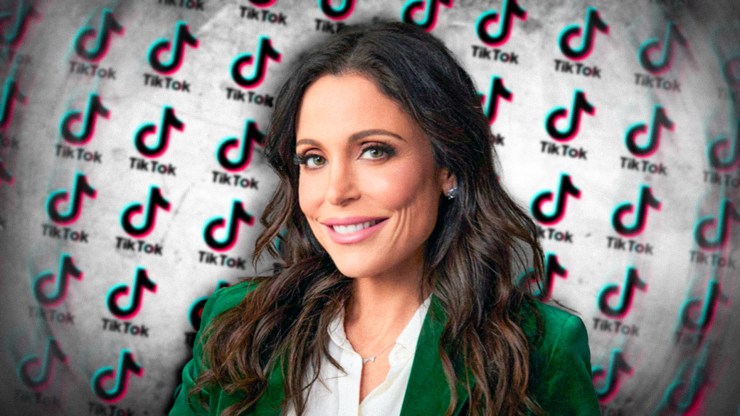 The reality star said social media has become “a breeding ground for scams.”

Businesswoman and reality star Bethenny Frankel filed a class action lawsuit against TikTok on Thursday, accusing the social media app of platforming fraudulent ads that misuse the identities of influencers.

According to the lawsuit, several videos “purloined the images, voices, and content” of Frankel and others in an effort “to sell counterfeit items.”

Frankel claims that one advertisement used footage of her to make it appear as though she was endorsing a knockoff cardigan, even though she never authorized the use of her image. According to the lawsuit, Frankel attempted to warn her followers that the ad was misusing her persona, but TikTok allegedly removed that video for being “abusive.”

“Despite demands on TikTok to remove and police this corrupt conduct, TikTok has ignored such demands, and even taken countervailing positions,” the lawsuit claims. “Aside from not being compensated, the reputation and brand of Ms. Frankel and Class Members are being damaged and tarnished through unauthorized associations with counterfeit goods and other products that they do not support.”

It further alleged that TikTok is “unlawfully” allowing the use of Frankel’s “persona, voice, content, and likeness” in a manner that “constitutes unfair competition and deceptive trade practices.”

In addition to previously starring on “The Real Housewives of New York,” Frankel is also the founder of lifestyle and food brand Skinnygirl, and disaster relief initiative BStrong.

The Wild West of Social Media

In a TikTok video last month, the former Real Housewife told her followers she was considering taking legal action against the video app. As for why she took her complaints up with TikTok as opposed to the brands behind the sham ads, she said that the bigger issue is “the wild wild west of social media.”

“This is something that has to be addressed because it’s a breeding ground for scams,” she said.

After the fake ads appeared to show Frankel giving the knockoff cardigan a thumbs up, many of her followers thought she “sold out” by “hocking” the product. According to Frankel, TikTok offers little help in repairing the issue.

“There’s nobody to call at TikTok,” she said. “You know, calling China, you’re reporting something, it’s like small potatoes.”

After news broke that she filed the class action complaint, Frankel posted a statement to Instagram saying her demands “for creators and consumers is correct and just.”

“Consumers and creators are being exploited with no recourse or power to defend and protect themselves,” Frankel wrote. “That ends now.”

“Social media, and its impact as the most powerful medium on the planet, cannot be a reckless marketplace where people risk their rights and privacy being violated without protection.”

See what others are saying: (The Washington Post) (Insider) (Reuters)