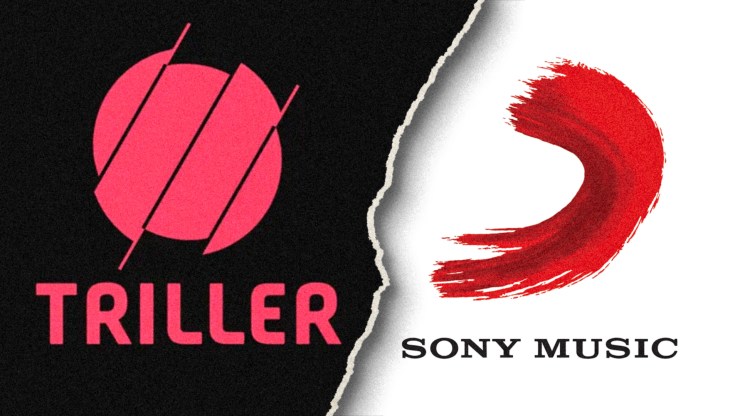 Sony claims it has received “near-total radio silence” from the company after requesting overdue licensing payments.

Sony Music hit Triller with a lawsuit this week, accusing the video-sharing social platform of copyright infringement and breach of contract.

According to the lawsuit, Triller has failed to pay Sony millions of dollars in licensing fees for viral songs like “Say So” by Doja Cat and “Old Town Road” by Lil Nas X.

The two companies signed a distribution agreement in 2016 and renewed an amended version of that contract in 2021. Sony alleges that while Triller “had historically failed to make payments in a timely manner” as part of their agreement, the issue has “recently escalated.”

“Starting in March 2022, Triller failed to make any monthly payments required under the Agreement, totaling millions of dollars,” the lawsuit said.

“After months of Sony Music requesting that Triller pay its outstanding and overdue fees, and near-total radio silence in response, Sony Music notified Triller on July 22, 2022, that it was in material breach of the Agreement,” it continued.

Sony claims that it terminated the agreement on Aug. 8 after Triller failed to respond or resolve the issue by making a payment. After that point, the music group allegedly informed Triller that any “continued use of Sony Music Content would constitute willful copyright infringement.”

By neglecting payment, Sony says that Triller is preventing it from compensating its artists.

The record company suggested that even though Triller was withholding payments to its label, the TikTok competitor was still spending large sums of money elsewhere.

“During the exact same months that Triller was failing to make licensing payments to Sony Music, it went on a purchasing spree,” the suit alleges, pointing to its purchases of influencer marketing software Julius and creator platform Fangage.

Sony is seeking a jury trial and damages.

In a statement to The Hollywood Reporter, Triller said it would “defend” its case in court “if necessary.”

“We have yet to be served, but from what we’ve seen, this lawsuit from Sony Music grossly mischaracterizes our relationship with them and leans into the bully persona large music labels are often criticized for,” the statement said. “We are focused on furthering the creator economy, and we will continue to seek a contract that achieves that goal.”

Triller also told the outlet that “the process of removing a music catalogue is not immediate” and, as of Tuesday, “all identified Sony music has been removed from Triller.”

See what others are saying: (The Hollywood Reporter) (Los Angeles Times) (Variety)