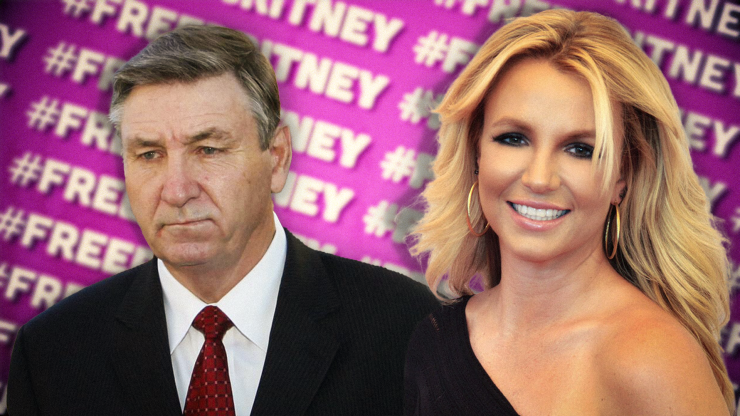 It still is undecided if the singer will be deposed as well.

Judge Brenda Penny ordered on Wednesday that Jamie Spears, the father of pop star Britney Spears, must sit for deposition in Los Angeles.

Additionally, the elder Spears must hand over the surveillance records his daughter’s legal team has long been fighting to access.

The order from Judge Penny is seen as a massive victory for Britney, who spent over 13 years in a conservatorship she described as “abusive.” As part of the arrangement, Jamie had control over Britney’s personal, professional, and medical decisions.

Per Judge Penny’s order, Jamie has 30 days to sit for the deposition. Britney’s lawyer, Mathew Rosengart, celebrated the news.

“The day of reckoning for Mr. Spears has come, at least at this stage,” he said to reporters outside of the courthouse.

Will Britney Be Deposed?

Both parties are still waiting for Judge Penny to decide if Jamie’s team can depose Britney. Judge Penny said she needed to hear more arguments from both sides before making a final call, which will likely come at a hearing later this month.

Rosengart argues such a deposition is unnecessary and unwarranted.

Jamie’s team, however, thinks the singer should sit for a deposition.

“The unequivocal fact here is that Ms. Spears is a party to this litigation,” his lawyer, Alex Weingarten, said via Rolling Stone. “She has filed verified objections both to the accounting and the fee petition. She cannot avoid participating in discovery in this case.”

See what others are saying: (Variety) (People) (Rolling Stone)

Emmy History Made in Nominations For “Abbott Elementary,” “Euphoria,” “Squid Game” and More 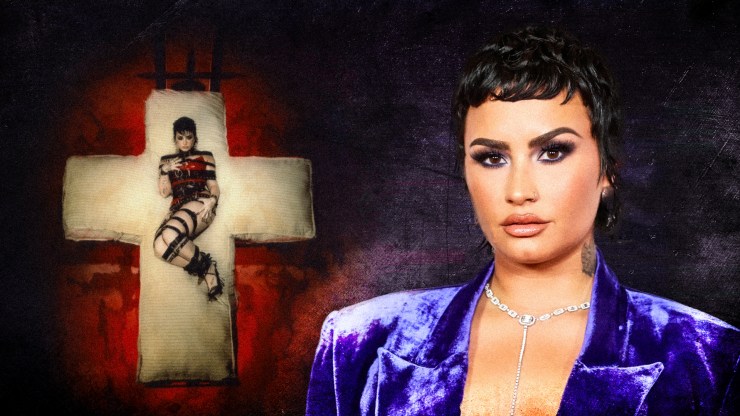 Lovato said she hopes this song will inspire others to learn from her lessons and “protect themselves.”

“Numbers Told You Not To”

In their scathing new single “29,” Demi Lovato seemingly reflects on their previous relationship with actor Wilmer Valderrama, who is 12 years older than the former Disney channel star.

Lovato, now 29 years old, is the same age as Valderrama was when he first met her. Lovato, who uses both she/her and they/them pronouns, was 17 at the time. Reports say the two began dating roughly a year after they met, shortly after Lovato turned 18.

The rock-infused single was released on Wednesday. While Lovato has not specifically stated that the song is about Valderrama, the lyrics clearly paint a picture of a relationship with a steep age gap.

In the first verse, Lovato asks, “Far from innocent, what the fuck’s consent?”

“Numbers told you not to, but that didn’t stop you,” the singer continues in the track.

In the chorus, Lovato uses her newfound age to look back on the dynamics of the relationship.

The song then picks up in both pace and intensity before moving to another biting verse where Lovato calls the song’s subject “quite the collector” of younger girlfriends. Valderrama was previously romantically linked to Lindsay Lohan when she was 18 and he was 24, as well as Mandy Moore when she was 16 and he was 20.

While speaking with Apple Music, Lovato said that their birthday served as an eye-opening moment that allowed them to reckon with their emotions.

“When I turned 29, I remember I was on vacation and I just realized ‘I’m 29 now,’ and it put things into perspective,” Lovato said during an interview on Wednesday. “It put everything into perspective.”

In an interview with The Los Angeles Times, Lovato added that now that she is older, she realizes just how young 17 is.

“I have a guy friend who relates to the song, who was with [a woman] in her 40s and was praised [for being the] younger guy,” the musician continued. “Culturally, I love that it’s changing now. I love that people are being held accountable for it. I hope they can take what I’ve learned so that they can protect themselves.”

“29” was released as part of the lead-up to Lovato’s latest album “Holy Fvck,” which comes out on Friday.

See what others are saying: (Billboard) (The Los Angeles Times) (Rolling Stone) 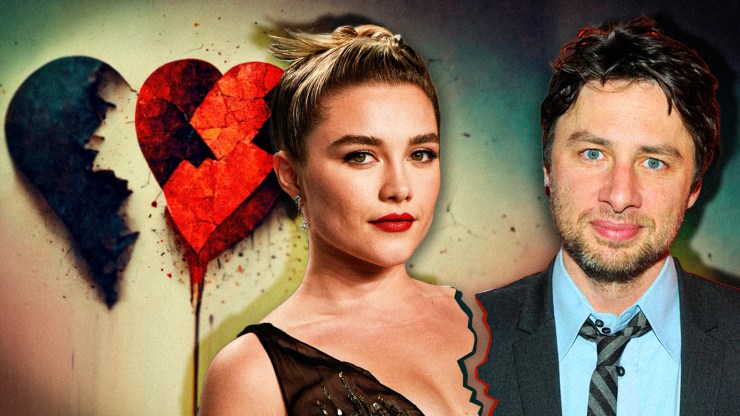 Many fans took issue with the 21-year age gap between the actors.

Actress Florence Pugh revealed on Tuesday that she broke up with Zach Braff earlier this year, but opted to keep the news quiet so fans could not share “how happy they are” over the split.

Pugh and Braff, who have a 21-year age gap, began dating in 2019. Around that time, Pugh starred in breakout films like “Midsommar” and “Little Women,” earning an Oscar nomination for the latter picture. She was seen as Hollywood’s latest “it girl,” and people were not quiet about their distaste for her relationship with Braff.

Many took issue with their age gap, while some would make posts suggesting Pugh was too good for the “Scrubs” star. Because of this, Pugh knew the news of their breakup would cause a stir, so the former couple opted to keep it under wraps.

“We’ve been trying to do this separation without the world knowing, because it’s been a relationship that everybody has an opinion on,” she explained to Harper’s Bazaar.

“We just felt something like this would really do us the benefit of not having millions of people telling us how happy they are that we’re not together,” Pugh added. ”So we’ve done that. I automatically get a lumpy throat when I talk about it.”

The negativity over their relationship hit a breaking point in 2020 after Pugh shared an Instagram post celebrating Braff’s birthday. Pugh said she had to turn the comments off over the “bullying” and “abuse” she was receiving.

“I do not need you to tell me who I should and should not love,” Pugh said in a video on Instagram. “And I would never in my life, ever, ever, tell anyone who they can and cannot love. It is not your place.”

Pugh’s suspicions that the Internet might celebrate her breakup proved to be true. On Tuesday, the star trended on Twitter as people tweeted about the news. Many involved jokes praising the split.

“I don’t think that people, just because they have this job, that every aspect of their life should be watched and written about,” Pugh told Harper’s Bazaar regarding the public discourse surrounding her private life. “We haven’t signed up for a reality TV show.”

Despite the media attention, the breakup seems amicable. Prior to separating, Pugh and Braff filmed a movie together titled “A Good Person,” which will come out next year. She said making the film “felt like a very natural and easy thing to do.”

“The movie that we made together genuinely was probably one of my most favorite experiences,” Pugh told Harper’s Bazaar.

See what others are saying: (Harper’s Bazaar) (The Hollywood Reporter) (The Daily Beast) 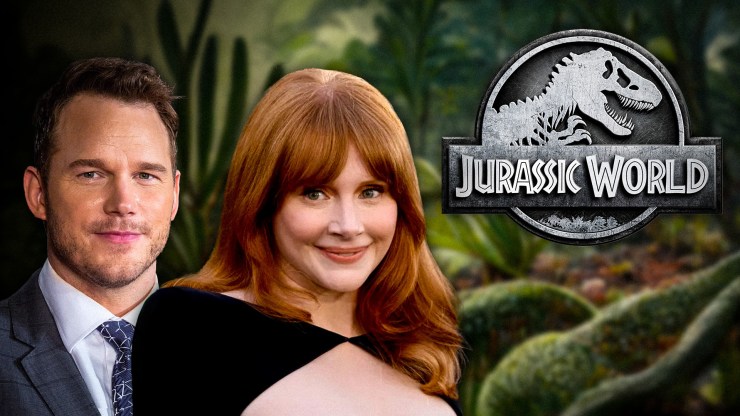 Because of his efforts, Howard says she has made more money from ventures like theme park rides and video games than she did from the actual films.

The pay disparity between men and women in Hollywood is no secret and over the last few years, several big stars have spoken out against it. In 2018, Pratt and Howard made headlines after Variety reported that Pratt was getting a much bigger paycheck for the blockbuster films. According to the report, Howard brought in $8 million compared to Pratt’s $10 million.

In a Monday interview with Insider, Howard said that report actually inflated her salary.

“The reports were so interesting because I was paid so much less than the reports even said, so much less,” Howard explained, though she declined to reveal the exact figure she was paid. “When I started negotiating for ‘Jurassic,’ it was 2014, and it was a different world, and I was at a great disadvantage. And, unfortunately, you have to sign up for three movies, and so your deals are set.”

Howard said she discussed this gap with Pratt, who then vowed to fight for equal pay “whenever there was an opportunity to move the needle on stuff that hadn’t been already negotiated.” This included projects like video games and theme park rides based on the “Jurassic World” films.

“He literally told me: ‘You guys don’t even have to do anything. I’m gonna do all the negotiating. We’re gonna be paid the same, and you don’t have to think about this, Bryce,’” the actress told Insider.

“And I love him so much for doing that,” she continued. “I really do, because I’ve been paid more for those kinds of things than I ever was for the movie.”

The Fight For Equal Pay in Hollywood

Pratt is not the first major Hollywood actor to push for equal pay. His fellow Marvel star Benedict Cumberbatch previously said he would not appear in any film where women were paid less than men.

The pay gap does not just exist between genders. Actors of color are often paid less than their white counterparts. Jessica Chastain fought against this discrepancy while negotiating contracts for a film featuring her and Octavia Spencer.

After learning that Black women suffer from a wider pay gap than white women, Chastain promised Spencer that she would fight to ensure they had the same rate. Spencer said this resulted in her getting five times her salary.

“I don’t know what or if it cost her anything as far as her rate, I just know she stood with me, and am eternally grateful,” Spencer tweeted.

Chastain argued this should be a larger effort from other actors, specifically suggesting that “men should start doing this with their female costars.”

See what others are saying: (Insider) (The Hollywood Reporter) (Fortune)