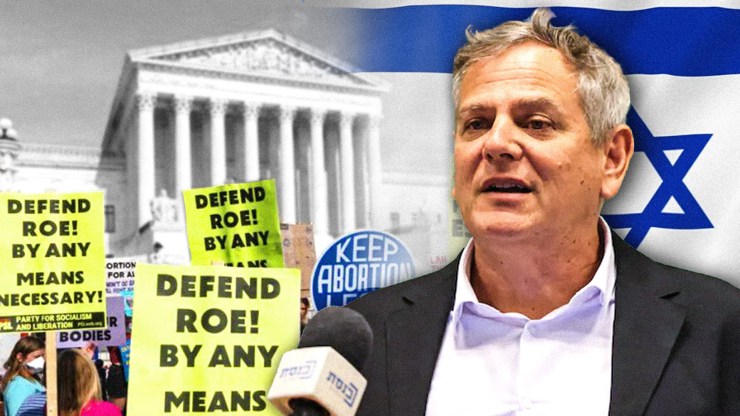 The reforms follow similar moves by France and Germany as leaders across the political spectrum denounce the court’s decision.

“The U.S. Supreme Court’s move to deny a woman the right to abortion is a dark move,” he said in the announcement, “oppressing women and returning the leader of the free and liberal world a hundred years backward.”

The new rules, approved by a majority in the parliamentary committee, grant women access to abortion pills through the universal health system. Women will be able to obtain the pills at local health centers rather than only hospitals and surgical clinics.

The new policy also removes the decades-old requirement for women to physically appear before a special committee that must grant approval to terminate a pregnancy.

While women will still need to get approval, the process will become digitized, the application form will be simplified, and the requirement to meet a social worker will become optional.

The committee will only conduct hearings in the rare case it initially denies the abortion procedure.

Israel’s 1977 abortion law stipulates four criteria for termination of pregnancy: If the woman is under 18 or over 40, if the fetus is in danger, if the pregnancy is the result of rape, incest, or an “illicit union,” including extramarital affairs, and if the woman’s mental or physical health is at risk.

All of the changes will take effect over the next three months.

Politicians across the political spectrum from Canadian Prime Minister Justin Trudeau to British Prime Minister Boris Johnson have denounced the U.S. Supreme Court’s decision since it was announced Friday.

On Saturday, French Prime Minister Elisabeth Borne expressed support for a bill proposed by parliament that would enshrine the right to an abortion in the country’s constitution.

“For all women, for human rights, we must set this gain in stone,” she wrote on Twitter. “Parliament must be able to unite overwhelmingly over this text.”

In Israel, abortion is a far less controversial issue than it is for Americans. Around 98% of people who apply for an abortion get one, according to the country’s Central Bureau of Statistics.

Part of the reason for Israel’s relatively easy access to abortion is that many residents interpret Jewish law to condone, or at least not prohibit, the procedure.

In the United States, several Jewish organizations including the American Jewish Committee, Hillel International, and the Women’s Rabbinic Network have expressed opposition to the court ruling, and some Jews have protested it as a violation of their religious freedom.

See what others are saying: (The Washington Post) (ABC News) (The Guardian) 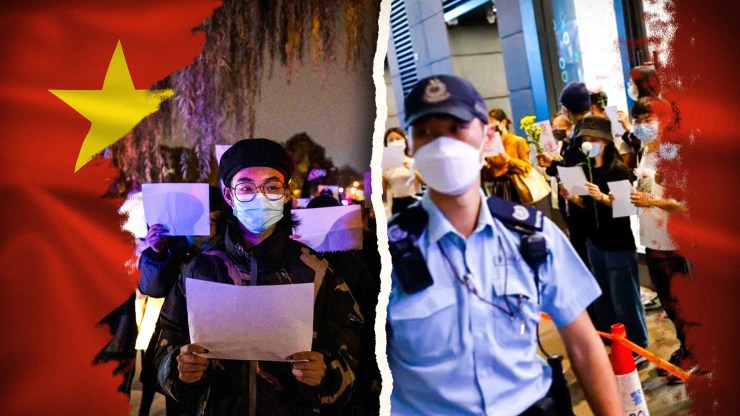 Estimates put the number of people who will die if China fully reopens between 1.3 and 2 million, but higher vaccination rates could limit the death toll.

People Go Back to Bars

The Chinese government has begun to ease some of its notoriously strict pandemic lockdown measures, signaling that the end of the “zero-COVID” policy may be on the horizon.

On Monday, commuters in Beijing and at least 16 other cities were allowed to board buses and subways without a virus test in the previous 48 hours for the first time in months.

In Urumqi, where anti-lockdown protests erupted late last month after an apartment fire killed 10 people, authorities said in a statement Monday that malls, markets, and other venues will reopen.

Zhengzhou, the central city home to the world’s largest iPhone plant which was last month rocked by violent unrest, will no longer require COVID test results for public transport, taxis, and visits to “public areas”, authorities said in a Sunday statement.

Beijing authorities had required registration to purchase fever, cough, and soar throat medicine, which they believed people were using to hide their coronavirus infections, but that mandate has been lifted. Certain districts in the capital also announced that some residents may self-isolate inside their homes rather than being forced to quarantine in a centralized facility.

Is China Ready to Reopen?

Vice Premier Sun Chunlan, who oversees COVID efforts, said last week that the country’s health system had withstood the test of the virus and that the omicron subvariant is less deadly than previous strains.

But there has not been a significant drop in cases recently to prompt the easing of restrictions. On Monday, the government reported 30,014 new cases, down from last week’s peak of over 40,000 but still near record highs for China.

Some observers speculate that the government’s move was related to the recent protests, in which thousands of people poured onto the streets of several major cities to demand freedom and an end to the zero-COVID policy. Authorities cracked down on demonstrators, and any mention of the protests was rigorously censored on Chinese social media.

There was no sign of any significant unrest this weekend.

Although many people are excited to enjoy less restricted lives and restart a shuddered economy, others are concerned about the public health consequences reopening society could incur. Estimates put the number of people who will die from the coronavirus if China fully reopens between 1.3 and 2 million, but higher vaccination rates could limit the death toll.

Last week, the government launched a campaign to vaccinate the elderly population.

Only about 40% of people over the age of 80 have gotten their booster shot, according to official statistics.

Health experts and economists say vaccination rates and ICU preparedness won’t be sufficient to fully end the zero-COVID policy until mid-2023 or 2024.

See what others are saying: (BBC) (Associated Press) (Reuters) 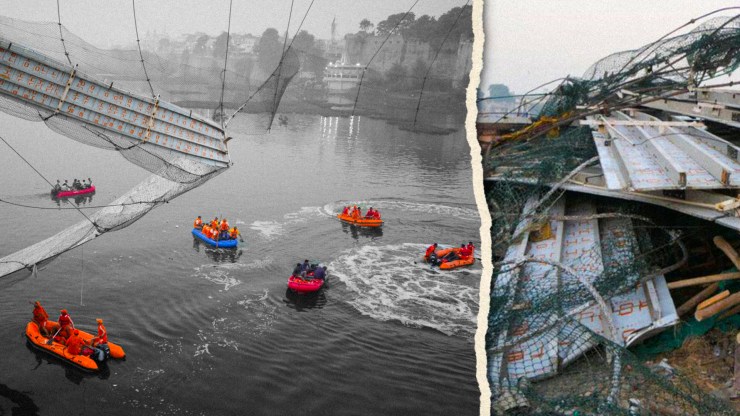 The company responsible for the upkeep of the Morbi bridge did not obtain a safety certificate before re-opening.

After seven months of renovations, the Morbi walking bridge in India opened to the public. Four days later, the bridge collapsed, killing more than 130 people.

According to the local government, there were about 200 people on the bridge when it collapsed on Sunday, despite its capacity of 125.

During a campaign event on Monday, India’s Prime Minister Narendra Modi said the state government had set up a committee to investigate the tragedy.

“I assure the people of the country that there will be nothing lacking in the relief and rescue efforts,” he stated.

Along with the investigation, the state has launched a criminal complaint against Oreva Group, the company responsible for maintaining the bridge. Oreva Group reopened the bridge after renovations without getting a safety certificate from the government.

In response, Oreva Group spoke to a local news outlet and blamed those on the bridge for its collapse.

“While we are waiting for more information, prima facie, the bridge collapsed as too many people in the mid-section of the bridge were trying to sway it from one way to the other,” the group claimed.

The state government has offered compensation for the families of the deceased, but that is not enough for some. One father whose wife and two children died in the collapse told VICE he wants answers and accountability.

“Why were so many people given tickets? Who allowed them? Who is answerable?” he asked.

Indian police have arrested nine people including ticketing clerks and security guards for failing to regulate the crowd, according to Reuters.

See what others are saying: (Reuters) (VICE) (CNN) 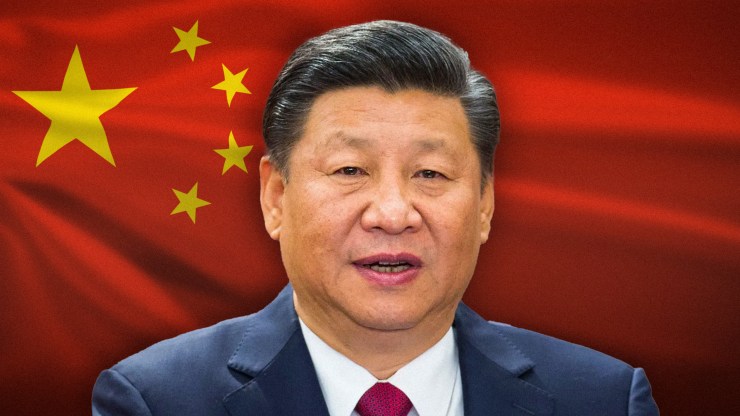 Despite the staggering power grab, Xi faces geopolitical competition from abroad as well as social and economic instability at home.

Xi Surrounds Himself With Allies

Chinese President Xi Jinping shook up politics over the weekend when he revealed the government’s new leadership, almost exclusively composed of his own hardline loyalists.

The four new members are all Xi loyalists, pushing out Premier Li Keqiang and the head of China’s top advisory body Wang Yang, two key party figures outside Xi’s inner circle who retired despite being eligible to serve another term.

For the first time in a quarter-century, China’s 24-member Politburo will be made up entirely of men, underlining the exclusion of women from Chinese politics.

An official account of the selection process said that a top criterion for leadership was loyalty to Xi, and rising officials must stay in lockstep with him “in thinking, politics and action.”

Topping off the developments, Xi officially secured an unprecedented third term as leader, something that was only made possible in 2018 when the government abolished term limits on the presidency. The weekend marked China’s greatest consolidation of political power in a single figure in decades.

As the 20th Communist Party Congress came to a close Saturday, China’s former leader Hu Jintao appeared reluctant as he was suddenly and inexplicably escorted from his seat next to Xi out of the Great Hall of the People.

Some commentators have argued that a tightly knit band of yes men may help Xi fend off internal party dissent, but it could ultimately result in poor governance as his subordinates fear giving him bad news.

The Arc of History Bends Toward China

Despite the extreme concentration of political power, China’s Communist Party stares down a gauntlet of challenges both foreign and domestic.

Beijing remains locked in a strategic competition with Washington, which has sought to contain the East Asian rival’s rise as a global superpower, but the past week’s congress may portend a stubbornly defiant China for years to come.

Xi is expected to use his firmly secure position within the party to pursue his agenda in full force — by strengthening Beijing’s claim over Taiwan, expanding China’s economic foothold in developing countries, and achieving self-sufficiency in strategic technologies such as semiconductors.

At home, China’s economy has faltered during the pandemic, with high unemployment, low consumption, and slow economic growth putting pressure on a government that stakes much of its legitimacy on promises to deliver prosperity to the population. Between July and September, the country’s GDP grew by 3.9%, according to official data released Monday, which is above many analysts’ expectations but still far below the state’s target of around 5.5%.

Monday’s announcement roiled stock markets, with Hong Kong’s Hang Seng Index plunging 6%, as well as the Shanghai Composite and the Shenzhen Composite Index both falling by about 2%.

Beijing has also seen increased political resistance from the population, from anti-lockdown protests in Shanghai to widespread mortgage boycotts over delays from real estate developers.

Last week, a man unfurled two large banners from an overpass in Beijing and called President Xi a “dictator” through a megaphone.

Such small-scale demonstrations are not new, but they took place in the capital just before the congress drew enough attention for photos of the stunt to go viral on social media, where an equally swift censorship campaign stamped out any mention of it.

See what others are saying: (The New York Times) (CNN) (The Washington Post)