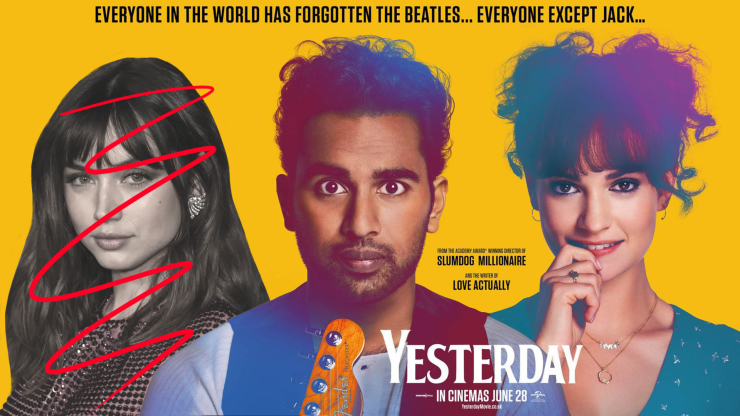 The fans argue that because there were no scenes with de Armas as promised in the trailer, “consumers were not provided with any value for their rental or purchase.”

Two fans of Ana de Armas are suing Universal Pictures for including the actress in a trailer for the 2019 film “Yesterday” even though she does not appear in the final cut of the picture.

In a class-action lawsuit filed in California, Conor Woulfe and Peter Michael Rosza said they each spent $3.99 to watch the film after viewing the accompanying trailer on Amazon. They argue the studio’s “advertising and promotion of the movie Yesterday is false, misleading, and deceptive.”

The Danny Boyle-directed comedy follows a man, played by Himesh Patel, who wakes up in a world where no one knows who The Beatles are but him, so he starts playing their music and claiming it as his own. De Armas appears briefly in the trailer as a character competing with the primary love interest, played by Lily James. Writer Richard Curtis said they had to cut de Armas’ part to strengthen the character arcs.

“That was a very traumatic cut, because she was brilliant in it,” Curtis previously told Cinema Blend. “I mean really radiant. And [that] turned out to be the problem…I think the audience did not like the fact that his eyes even strayed. Because then some people would go, ‘Oh, he really doesn’t deserve her. He really doesn’t deserve Lily.’ You know, it’s one of those things where it’s some of our favorite scenes from the film, but we had to cut them for the sake of the whole.”

For Woulfe and Rosza, the choice to cut de Armas is a dealbreaker. They are seeking $5 million on behalf of all impacted consumers.

Patel and James each had credits of their own prior to the release of “Yesterday.” Still, the fans believe that Universal instead used the star power of De Armas, who had recently appeared in “Blade Runner 2049,” to “entice viewership.”

“Unable to rely on fame of the actors playing Jack Malik or Ellie to maximize ticket and movie sales and rentals, Defendant consequently used Ms. De Armas’s fame, radiance and brilliance to promote the film,” the suit continued.

Just a few months after the release of “Yesterday,” de Armas would go on to receive critical acclaim for her role in “Knives Out.” She has since appeared in the latest James Bond film, “No Time to Die.”

Now a much bigger name than in spring of 2019, the lawsuit claims de Armas still appears in trailers on services like Amazon and Google.

Universal has not released a statement in response to the lawsuit.

See what others are saying: (Deadline) (Variety) (IndieWire)