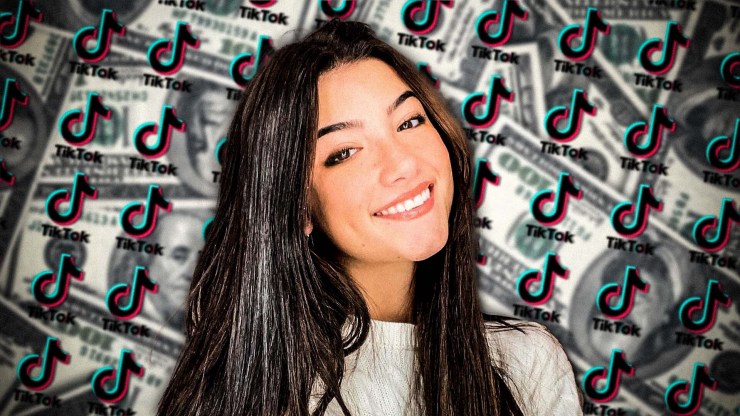 According to Forbes, the highest-earning TikTok creators earned a total of $55.5 million in 2021.

The social media starlet first posted on the app less than three years ago in the summer of 2019. Since then, she has racked up a total of 133 million followers on the app, the most of any TikTok creator. She made $17.5 million in 2021, a substantial increase from the $4 million Forbes reported that she earned in an Aug. 2020 analysis.

D’Amelio has expanded her presence well beyond TikTok. She and her family have a Kardashian-style reality series on Hulu called “The D’Amelio Show.” While Hulu does not release its viewership data, the show has already been picked up for a second season.

The teen has also earned a pretty penny from lucrative brand deals with companies like Dunkin’ Donuts. She and her sister, fellow TikToker Dixie D’Amelio, made waves in the fashion industry after launching a brand called Social Tourist in partnership with Hollister.

Dixie came in right behind her little sister on Forbes’ list, making $10 million in 2021. Much of her success piggybacks off of Charli’s, but she has made significant efforts to start a career in more mainstream forms of entertainment. Dixie released a handful of singles in 2021 and has over five million monthly listeners on Spotify. She is also slated to appear on the upcoming influencer-based Netflix reality series “Hype House” later this year.

Addison Rae, who was number one on Forbes list in 2020, came in third place for 2021 with a haul of $8.5 million. On top of a beauty line, brand deals, and a Met Gala appearance, Rae garnered the most attention last year for her starring role in the Netflix film “He’s All That.” While the movie did not garner generous reviews, it still led to Rae inking an overall film deal with Netflix that allows her to both act in and produce a slew of upcoming projects.

Overall, Forbes reported that the highest-paid creators on TikTok earned a collective $55.5 million in 2021, which is a 200% increase from their earnings in 2020.

See what others are saying: (Forbes) (Variety) (E! News)