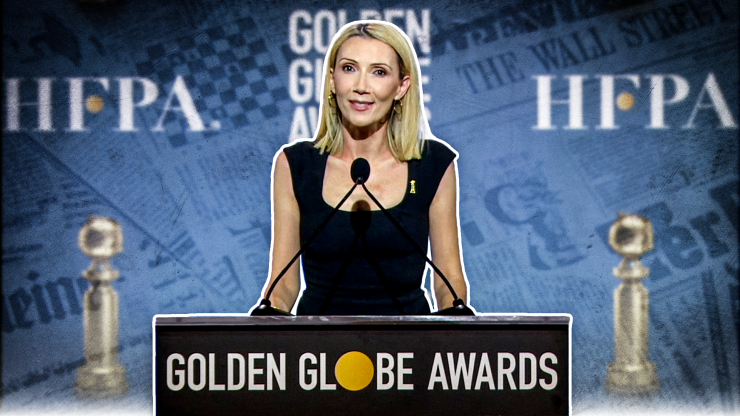 “Belfast” and “The Power of the Dog” led nominations, but it is unclear what kind of power the show holds as some studios and actors continue to give the HFPA the cold shoulder.

The Hollywood Foreign Press Association released its 2022 Golden Globe nominations Monday despite the intense backlash and boycott calls it has faced from the entertainment industry over the last year.

Usually, Golden Globe nominations are a star-studded and televised spectacle that mark an unofficial kickoff to the height of awards season in Hollywood. This year, they were live-streamed from the Beverly Hilton to the Golden Globes’ YouTube channel. HFPA President Helen Hoehne opened the program and rapper Snoop Dogg later joined to read the nominations list. Reports allege that A-list names had turned down offers to present during the stream.

The HFPA first became the subject of controversy in February when a Los Angeles Times report detailed a culture of corruption and ethical lapses behind the scenes. Among other allegations, the exposé said members accepted luxurious gifts from studios in a manner that could potentially impact nominations. The report also revealed that of the nearly 90 members the HFPA had at the time, none were Black.

The HFPA later announced a series of reforms to address issues with diversity and misconduct, but studios like Warner Bros., Netflix, and Amazon all said they were considering boycotting the show. Tom Cruise returned his Golden Globe statues while other actors like Mark Ruffalo and Scarlett Johansson released statements condemning the HFPA. The organization faced its most lethal consequence in May when NBC — which had broadcast the Golden Globes since the ‘90s — said it would not air the 2022 show.

Still, the HFPA has opted to hold the Golden Globes anyway, though it remains unclear what the Jan. 9 ceremony will look like.

“This has been a year of change and reflection for the HFPA,” Hoehne said during the nominations announcement. “For the past eight months we have worked tirelessly as an organization to be better. We changed our rules, bylaws, added a new code of conduct and restructured our governance.”

Hoehne also said the group has added 21 new members, calling the addition the “largest and most diverse in our 79-year-old history.”

According to The Hollywood Reporter, six of the 21 new members are Black. The outlet reported in October that 10 are women, six are Latino, five are Asian, and four are Middle Eastern/North African. The new members mark a 20% growth in the HFPA’s voting body.

“Not only have they brought in a fresh perspective but ideas that will help us continue to evolve,”  Hoehne continued.

This year, “Belfast” and “The Power of The Dog” led the nominations in film categories while “Succession” dominated television nominations. New shows like “Squid Game,” “Only Murders in the Building,” and “Hacks” also received a handful of nods.

Still, the nominations came in quietly compared to years past. Fewer stars are celebrating their nominations on social media and it is unclear if the Golden Globes will have its usual sway as awards season continues. The Critics Choice Awards, which some have argued should replace the Globes as the year’s first major awards show, also released nominations on Monday. It will likewise air on Jan. 9, but with a timeslot on TBS with hosts Taye Diggs and Nicole Byer.

See what others are saying: (NPR) (HuffPost) (The Hollywood Reporter)