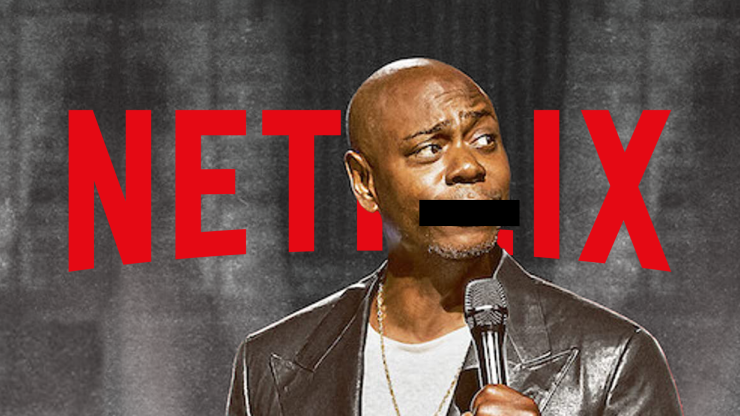 Two employees previously accused Netflix of trying to stop staffers from speaking out against the company.

Two former Netflix employees who were critical of Dave Chappelle’s latest comedy special have rescinded a labor complaint that they filed against the company, according to a statement released by their lawyer on Monday.

Terra Field and B. Pagels-Minor were outspoken about their issues with Chappelle’s special “The Closer,” which was widely accused of transphobia. Both protested the company’s decision to support Chappelle amid the controversy. They were also members of a resource group for transgender employees that staged a walkout in which staffers took to the streets of Los Angeles to call on Netflix to do more to support its LGBTQ+ employees.

Field and Pagels-Minor filed a complaint with the National Labor Relations Board in October claiming that Netflix was punishing its staffers for speaking up about Chappelle and LGBTQ+ related issues at the company.

According to the Los Angeles Times, the two staffers accused Netflix of attempting “to quell [them] from speaking up about working conditions including, but not limited to, seeking to create a safe and affirming work environment for Netflix employees, speaking up about Netflix’s products and the impact of its product choices on the LGBTQ+ community, and providing support for employees whom Netflix has treated in an unlawful and disparate manner.”

On Monday, Netflix released a statement saying the complaint had been rescinded.

“We have resolved our differences in a way that acknowledges the erosion of trust on both sides and, we hope, enables everyone to move on,” the statement said.

A lawyer representing Field and Pagels-Minor confirmed that the complaint was voluntarily withdrawn.

Both Pagels-Minor and Field were subject to some level of disciplinary action during the Chappelle controversy. Pagels-Minor was fired from Netflix for allegedly leaking internal information, though Pagels-Minor denies ever doing so. Field was suspended from the company after reportedly attending a meeting she was not invited to. That suspension was quickly lifted after it was revealed that a miscommunication led to the incident.

On Monday, Field released a statement announcing that she had resigned from Netflix.

“This isn’t how I thought things would end, but I am relieved to have closure,” Field wrote. “Shortly after B. was fired for something I did not and do not believe they did, I made a decision: sink or swim, I was going to walk side by side with B. as they had for so many of us while they led the Trans* ERG.”

In a tweet, she added that she was “not happy that this is how things turned out” but believed “this outcome is best for all parties involved.”

Why Did Dave Chappelle Spark Backlash?

Chappelle faced backlash for defending author J.K. Rowling, who was previously accused of being a TERF (trans-exclusionary radical feminist) after releasing a series of statements many found to be transphobic.

Chappelle made a series of other jokes aimed at the transgender community in the special, including one about Caitlyn Jenner and another comparing the genitalia of transgender women to Beyond and Impossible meat.

The comedian has defended himself against criticisms. According to The Daily Beast, he also recently continued to make transphobic jokes at screenings of his new documentary. The outlet reported that while Chappelle aired the film in New York, he made jabs about pronouns and “said the f-slur.”