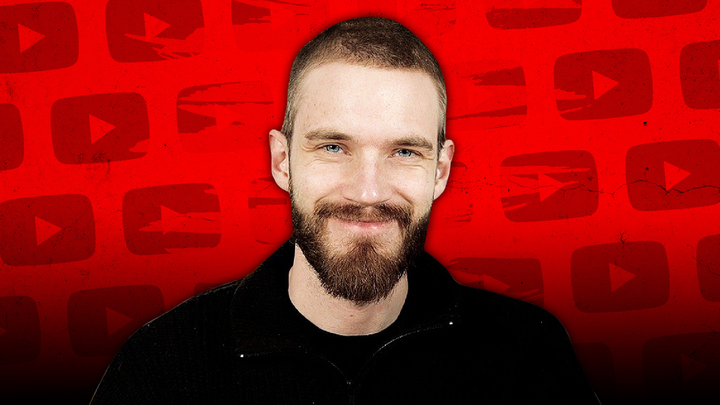 To escape the stress of his online controversies, the YouTuber said he turned to alcohol, a strategy he described as “a recipe for disaster.”

YouTuber PewDiePie uploaded a video Wednesday revealing that he previously dealt with a drinking problem.

PewDiePie, whose real name is Felix Kjellberg, said that around 2017 and 2018, he used to drink whiskey every single day. When he tried to quit for health reasons, he struggled, which made him realize how attached he was to the substance.

“That’s when I realized, oh shit, maybe I do have a problem,” he explained.  “And that’s why I quit drinking for a few months because I thought you know, I need to show I’m the one in control.”

After quitting the habit for a period of time, he said he convinced himself that it would be okay to re-introduce drinking back into his life. Kjellberg claimed the problem was at its worst when he was struggling with a handful of online controversies, though he did not specify which ones. Kjellberg has faced backlash numerous times throughout his career, including for using racist and anti-Semitic language.

“Drinking to sort of escape emotions is a recipe for disaster,” he said.

“I was still not just addicted to escaping these emotions by drinking, but I think I was also addicted to YouTube, and I was so scared of losing YouTube through all these controversies that I was fueling one addiction out of my fear of losing another one,” Kjellberg continued.

The YouTuber explained that he was “nowhere near” the point where alcohol could have cost him his job or loved ones and he does not want to “co-opt all that pain” that many people endure. Still, he said he had reached a point where he had to rethink his relationship with drinking and ultimately decided the best thing to do was quit.

“It was really rough, especially because I was having a lot of withdrawals from it,” Kjellberg said. “It took me a long time to be able to sleep properly again, but I did manage it and I was done. And I haven’t touched it since, which I’m really proud about.”

Kjellberg admitted that he used to be embarrassed by the subject, which is why he waited so long to publicly discuss it. For a period of time, he also felt he had merely replaced one addiction with another because he began using nicotine patches. He said he has now quit nicotine twice and feels freer without the substance.

“That kind of felt like almost losing a friend. I’m not even exaggerating,” he confessed about the process of quitting nicotine. “It’s like something that you used to rely on but will no longer be there.”

Kjellberg discussed the thoughts many notable philosophers have had on vices and addiction and claimed their beliefs helped guide his choices. Now, he hopes others dealing with similar issues might hear his story and prompt change within their own lives.

“I’m hoping that talking about it might lead people to open their eyes about their own actions and what they’re also doing,” he explained. “And it’s a tough thing to admit.”

Fellow creators like Anthony Padilla and Jacksepticeye commented on the video to thank Kjellberg for sharing his experience.

“[This] will help so many people and gives such a better look at how strong you are,” Padilla wrote. “Love you dude.”

See what others are saying: (Dexerto)