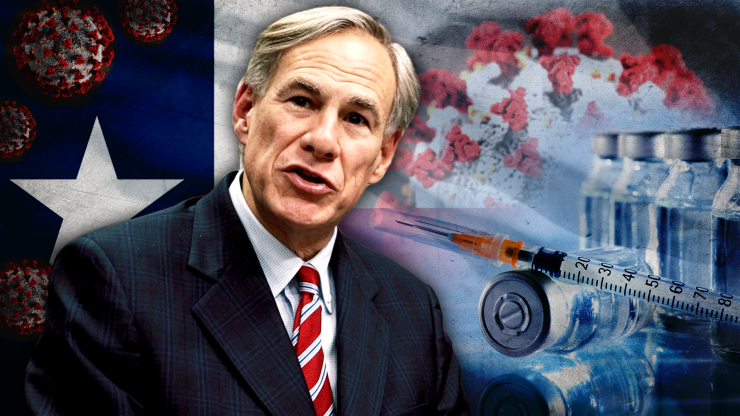 The order came after several large Texas-based corporations imposed vaccine requirements to comply with a mandate from President Biden.

The new order, however, represents a significant reversal for Abbott, who previously gave companies the ability to chose if they would require vaccines when he imposed the ban on public entities in August.

At the time, a spokesperson for the governor argued that “private businesses don’t need government running their business.”

Abbott’s decision puts him at stark odds with numerous large corporations and President Joe Biden, who announced last month that federal workers and contractors, as well as companies with over 100 employees, must either require vaccines or test weekly for COVID.

Since then, numerous corporations headquartered in Texas have imposed vaccine requirements.

In August, Dallas-based AT&T announced that most of its management employees would be required to get the jab by this week. That same month, Hewlett Packard Enterprise also announced a similar decision.

Abbott’s order will go beyond just internal corporate matters and will impact air travel as well since both American Airlines and Southwest Airlines, which are based in the state, recently said they would comply with Biden’s mandate.

In addition to having more than 100 employees, many U.S. airlines are government contractors, meaning they are required to meet the federal deadline of Dec. 8 for COVID vaccinations.

Abbott’s latest order is also expected to complicate matters for other corporations that are not based in Texas but have operations in the state and now have to figure out if the new policy applies to them. That includes major companies like Google and Facebook, which both have big campuses in Texas and require proof of vaccination for in-office employees.

Legal experts have said they expect litigation given the scope of the policy, as well as the fact that this order is being enacted now after so many companies have imposed mandates.

Srividhya Ragavan, a professor of global public health at Texas A&M University School of Law, told The New York Times that courts in the U.S. have a long history of upholding vaccine mandates in part infectious diseases impact more than just the people who oppose those mandates.

“I may choose not to get treatment for cancer,” she said, “but when it’s a case of an infectious disease, your freedom has the ability to affect someone else.”

See what others are saying: (The New York Times) (The Texas Tribune) (The Washington Post)