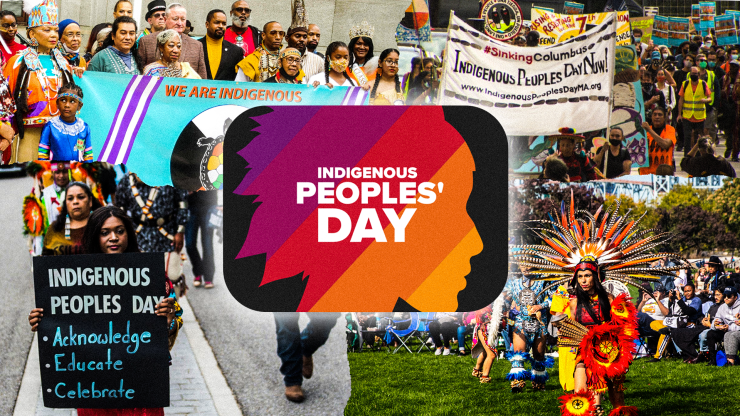 The move marks the most significant recognization of the day, which is now celebrated in more than a dozen states and over 100 cities.

President Joe Biden has become the first president to formally recognize Indigenous Peoples’ Day after issuing a proclamation stating that the holiday could be celebrated on Oct. 11 alongside the Congressionally-established Columbus Day.

“We must never forget the centuries-long campaign of violence, displacement, assimilation, and terror wrought upon Native communities and Tribal Nations throughout our country,” Biden said in the proclamation Friday. “Today, we acknowledge the significant sacrifices made by Native peoples to this country — and recognize their many ongoing contributions to our Nation.”

“I encourage everyone to celebrate and recognize the many Indigenous communities and cultures that make up our great country.”

The president echoed that sentiment in a twin proclamation for Columbus Day in which he applauded the contributions of Italian Americans while also acknowledging the violence Christopher Columbus and other explorers brought.

“Today, we also acknowledge the painful history of wrongs and atrocities that many European explorers inflicted on Tribal Nations and Indigenous communities,” he said.

“On this day, we recognize this painful past and recommit ourselves to investing in Native communities, upholding our solemn and sacred commitments to Tribal sovereignty, and pursuing a brighter future centered on dignity, respect, justice, and opportunity for all people.”

Biden’s proclamation for Indigenous Peoples’ Day does not make it a federal holiday — a power that resides with Congress  — but it has been described as the most significant step yet to recenter the holiday commemorating Columbus to instead focus on celebrating Native Americans.

A Growing Movement and the Push for Visibility

For years, supporters of Indigenous Peoples’ Day have pushed for the nationalization of the holiday, and over the last decade, numerous local governments have done just that.

Over a dozen states and more than 100 cities now celebrate Indigenous Peoples’ Day, many of which have dropped Columbus Day altogether.

Some proponents argue that just observing the day does not go far enough, pointing out that no American president has ever apologized for how the country has treated Native Americans throughout history.

Still, others have said Biden’s proclamation is an important first step for visibility.

“I think it really recognizes that Indigenous people are still here,” said Alannah Hurley, a Yup’ik fisherwoman and the executive director of a consortium of Indigenous communities in Southwest Alaska called United Tribes of Bristol Bay. “We just have been struggling for so long for the vast majority of mainstream America and culture to recognize that — that we are not just in history books,”

We’re still fighting for our lands and our waters and our way of life. That visibility is huge, because we have struggled for so long with being made invisible by mainstream society.”

Many activists have argued that not only is Indigenous Peoples’ Day necessary to correct whitewashed history that has glamorized Columbus while erasing the atrocities committed against Native Americans, it can also help raise awareness about the issues Indigenous peoples face today.

In addition to continued discrimination and ongoing land-use battles that plague Indigenous peoples, Native Americans are disproportionately impacted by climate change, gender-based violence, the pandemic, and other public health issues.

Beyond recognizing historical and current wrongdoings, Indigenous Peoples’ Day is also a celebration of the many diverse Native American groups, their rich traditions, cultures, and heritage, as well as their shared impact on the nation.

See what others are saying: (The New York Times) (NPR) (The Associated Press)