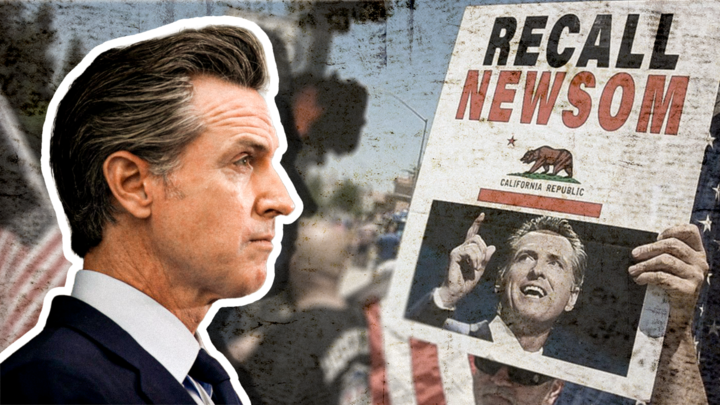 Experts say the outcome should act as a warning for Republicans who tie themselves to former President Donald Trump and attempt to undermine election results by promoting false voter fraud claims.

Just under 70% of the votes have been reported as of Wednesday morning, showing that “no” on the recall received 63.9% of the vote. That’s nearly twice as many votes as “yes,” which had 36.1%.

According to The Washington Post, even if the margin narrows as more votes are counted, this still marks one of the biggest rejections of any recall effort in America over the last century.

While the Delta variant continues to push new infections to record highs in many parts of the country with lax mask rules and low vaccination rates, California, once a global epicenter of the pandemic, now has one of the highest vaccination rates and lowest new caseloads in the nation.

Newsom has continually tried to convince voters that those figures are the results of his vaccine and masking policies, which have been some of the most aggressive in the U.S.

Given that polls showed the pandemic was the top concern for California voters, it is clear that the majority favored his policies over those of his competitors. Larry Elder, the Republican talk radio host of led the field of 46 challengers, ran on a platform of getting rid of essentially all COVID restrictions.

In his victory speech Tuesday night, Newsom painted the recall’s failure not only as a win for Democratic coronavirus policies but also for Democracy at large.

“I think about just in the last few days and the former president put out saying this election was rigged,” he continued. “Democracy is not a football. You don’t throw it around. That’s more like a, I don’t know, antique vase. You can drop it and smashing a million different pieces. And that’s what we’re capable of doing if we don’t stand up to meet the moment and push back.”

“I said this many, many times on the campaign trail, we may have defeated Trump, but Trump-ism is not dead in this country. The Big Lie, January 6th insurrection, all the voting suppression efforts that are happening all across this country.”

A Warning for Republicans

Newsom’s remarks took aim at the efforts by Elder and other Republicans — including former President Donald Trump — who over the last week have claimed falsely and without evidence that voter fraud helped secured the governor’s win before Election Day even took place.

While it is currently unknown whether that narrative may have prompted more Republican voters to stay home, Newsom’s effort to cast Edler as a Trump-like candidate and the recall as an undemocratic, Republican power grab appears to have been effective.

Now, political strategists say that the outcome of the recall should serve as a warning that Republicans who pin themselves to Trump and his Big Lie playbook may be hurt more in certain states.

“The recall does offer at least one lesson to Democrats in Washington ahead of next year’s midterm elections: The party’s pre-existing blue- and purple-state strategy of portraying Republicans as Trump-loving extremists can still prove effective with the former president out of office,” The New York Times explained.

Even outside of a strongly blue state like California, analysts say this strategy will also be effective with similar candidates in battleground states like Georgia, Arizona, Missouri, and Pennsylvania, which will be essential to deciding control of the Senate.