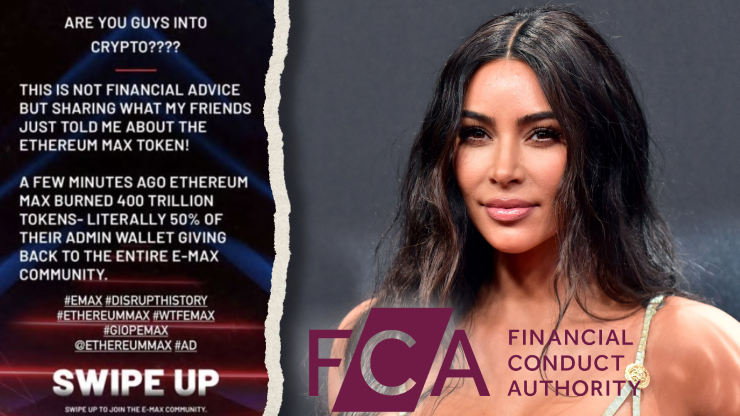 The chair of the Financial Conduct Authority expressed concerns about influencers who promote coins to their followers, claiming many have “little understanding” of the risks involved with speculative coins.

Reality star and business mogul Kim Kardashian was slammed by a financial watchdog in the U.K. for promoting the cryptocurrency Ethereum Max.

Kardashian recently posted an Instagram story asking, “Are you guys into crypto?” before boasting about the coin to her 250 million followers. In a lengthy statement, Charles Randell, the chair of the Financial Conduct Authority, said her post “may have been the financial promotion with the single biggest audience reach in history.”

While Kardashian did obey Instagram’s guidelines by disclosing that her post was an ad, Randell maintains that this is not enough transparency when it comes to promoting new digital tokens.

“She didn’t have to disclose that Ethereum Max – not to be confused with Ethereum – was a speculative digital token created a month before by unknown developers – one of hundreds of such tokens that fill the crypto-exchanges,” he added.

While Randell said he could not say if this token is a scam or not, it would be far from the first time an influencer was paid by scammers to pump and dump new tokens. In some cases, people with large followings have been paid to endorse coins that don’t even exist.

According to the FCA, there are 2.3 million Britons who hold crypto, 14% of whom used credit to buy it, increasing their risk. Roughly 12% of holders are under the impression they will be protected by the FCA if something goes wrong, but Randell warned that this is not the case.

“These tokens are not regulated by the FCA,” he stated. “They are not covered by the Financial Services Compensation Scheme. If you buy them, you should be prepared to lose all your money.”

“There is no shortage of stories of people who have lost savings by being lured into the cryptobubble with delusions of quick riches, sometimes after listening to their favourite influencers, ready to betray their fans’ trust for a fee,” he explained.

The crypto market has exploded over the last year. Kardashian is just one of many big names that have used their platforms to promote particular coins. Because there is so much recent hype around crypto, Randell said people eagerly participate with “little understanding of their risks.”

Randell believes that in the long-term, legislators should consider how to address issues with speculative coins. In the meantime, he argued that regulators should have the power to crack down on the harm that this market can cause.

“Good financial regulation supports innovation, productivity and economic growth,” he said. “In regulating the online world, we need to strike the right balance between fostering innovation, providing an appropriate level of protection and allowing individuals freedom to take decisions for which they are responsible.

See what others are saying: (The Guardian) (BBC News) (CNBC) 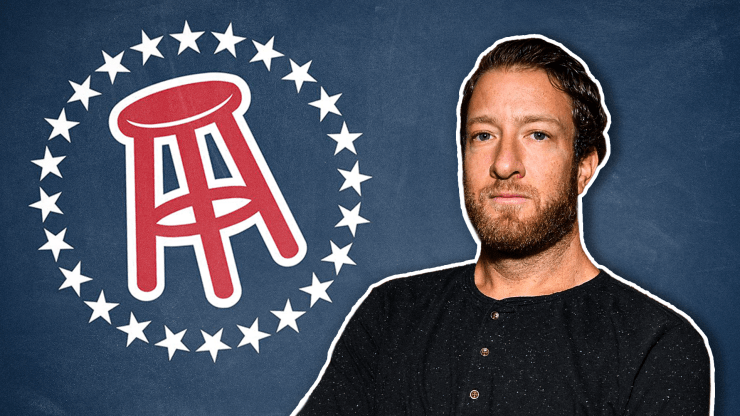 The online personality called the decision “disappointing” but not “overly surprising.”

According to a report from The Washington Post, Chief Judge F. Dennis Saylor IV decided that Portnoy did not successfully prove that the news outlet acted with “actual malice” or “reckless disregard for the truth” when it published two articles about his sexual relationships.

The first article, published in Nov. 2021, detailed stories from women who said they had “violent” and traumatizing sex with Portnoy. A second piece was published in Feb. 2022 and includes sources who said Portnoy filmed sexual encounters without consent.

Portnoy has repeatedly denied the allegations and maintained that the sexual encounters were consensual and positive. He sued Insider in February following the publication of the second article.

Per The Post, Saylor tossed the complaint because it did “not allege that Insider’s anonymous sources were fake, or that the articles misrepresented what the women told [Insider’s reporters].”

“Furthermore, plaintiff admits that Insider investigated its first article for months, requested an interview with him, sought his comment before publication, included his denials, and hyperlinked to his news conference and his lawyer’s full denial letter,” the judge’s decision continued.

Saylor also noted that Insider corroborated their sources’ claims with photos, texts, medical reports, receipts, and accounts from their friends.

While Portnoy argued that these stories were an invasion of privacy as they pertained to his private sex life and the women involved were not his employees, Insider held that their claims were relevant.

“When a rich, famous, and powerful person uses their power in a way that is harmful to other people, it is newsworthy,” Nicholas Carlson, Insider’s Global Editor-in-Chief, previously wrote in an editor’s note.

Saylor largely agreed with that, saying that issues of consent and power are part of “legitimate public interest,” including in instances that arise outside “the employment context.”

An Insider spokesperson told The Post that the outlet is “pleased and gratified that the judge dismissed his complaint.”

“We knew from the start that our reporting was careful, fair, and accurate, but it’s gratifying to see that validated in court,” Julia Black, one of the reporters named in the lawsuit, tweeted in response to the news.

For his part, however, Portnoy has criticized the judge’s decision, calling it “disappointing” but not “overly surprising.”

Portnoy said that he turned in texts and other evidence he believed would prove the sexual encounters were positive but claimed “the judge didn’t even really look at the evidence.”

He later read an excerpt from the judge’s decision that said Portnoy “can’t seek to prove actual malice by challenging statements that defendants did not publish.”

“In other words: Business Insider did not publish any of my shit, I can’t talk about it, it’s not part of the case,” Portnoy explained. “It’s inadmissible.”

He said he could appeal the decision if he wanted, but added he was not optimistic about how that would turn out for him. He floated the idea of suing the sources themselves, noting he thinks he would stand a better chance in such a case.