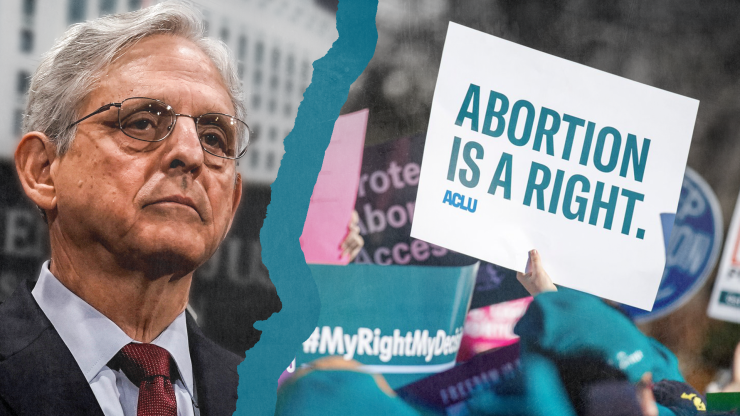 A number of other groups, businesses, and governments are also denouncing Texas’ massively restrictive abortion law in a deliberate effort to skirt or influence the reversal of its effects.

Attorney General Merrick Garland said Monday that the U.S. Department of Justice will utilize the powers of the federal government to protect Texas-based abortion clinics that come “under attack” following the state’s recent enactment of a restrictive abortion law.

“We will not tolerate violence against those seeking to obtain or provide reproductive health services, physical obstruction, or property damage in violation of the FACE Act,” he said.

The FACE Act, signed into law in 1994 by then-President Bill Clinton, prohibits the use or threat of force against those seeking to obtain or provide reproductive health services. It also bars people from physically obstructing others seeking or performing such services and prohibits property damage of related facilities.

Garland additionally affirmed Monday that the DOJ is exploring “all options” to challenge the Texas abortion law, which is now considered the most restrictive of any U.S. state given that it bans abortions for any pregnancy at least six weeks along. That’s notable since many women don’t actually learn that they are pregnant until after the six-week mark, and the law makes no exemptions for cases of rape or incest.

As controversial as this law is, it’s also been praised by Republicans. In fact, Republicans in at least seven other states have now suggested changing their abortion laws to mirror that of Texas’. They likely won’t be the last either; Many experts predict that even more copycat bills will be introduced in state legislatures in the near future.

Still, Democrats, such as House Speaker Nancy Pelosi (Ca.), have pledged to fight the law. Pelosi specifically indicated that later this month, she plans to call a vote on legislation that would give Americans the right to abortion under federal law. Though it could clear the House, it’s unlikely to pass through the Senate given that Republicans still have the power of the filibuster on their side.

A number of other groups, businesses, and governments are also now taking deliberate steps to undermine the law.

For example, on Thursday, the dating app Bumble announced that it has created a relief fund for people seeking abortions in the state.

The same day, the Match Group CEO Shar Dubey told her Texas-based employees that she would personally create a fund for both them and their dependents to “help cover the additional costs incurred” from seeking out-of-state care.

Around the same time, both Uber and Lyft made commitments to pay 100% of the legal fees for any of their drivers who are sued under the law, which allows citizens to file lawsuits against people if they “aid and abet” someone who gets the procedure.

In addition to those businesses, the Satanic Temple — which unlike its name suggests, does not worship Satan and instead advocates for the separation of church and state — has filed a letter asking the FDA to allow its members legal access to the abortion pill. In the letter, the temple argued that abortion is a religious ritual of the organization, and therefore, it should be considered a faith-based right.

“The battle for abortion rights is largely a battle of competing religious viewpoints, and our viewpoint that the nonviable fetus is part of the impregnated host is fortunately protected under Religous Liberty laws,” Temple co-founder Lucien Greaves said in an email to the San Antonio Current.

On a more political level, the city of Portland is planning to hold a vote Wednesday on whether to ban trade and travel with Texas until the law is overturned. There, citizens wouldn’t actually be barred from going to Texas. The law would only make it so that state employees couldn’t go there for business trips.

See what others are saying: (The Washington Post) (CNN) (SACurrent)