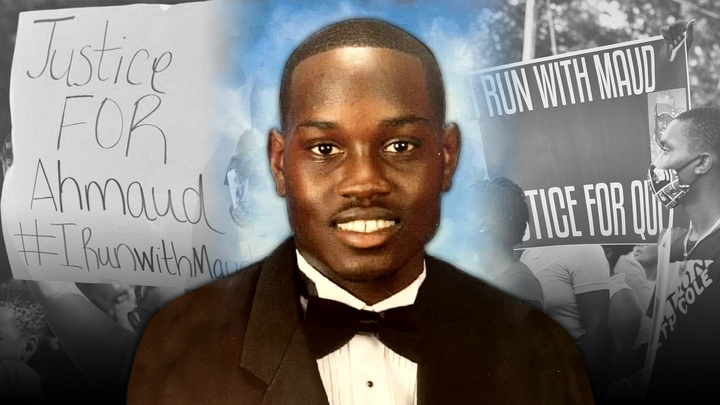 The prosecutor is charged with “violation of oath of public officer,” along with “obstruction and hindering a law enforcement officer” for using her position to protect the two men now charged with Arbery’s murder.

A grand jury in Georgia indicted former Glynn County District Attorney Jackie Johnson on Thursday over allegations that she used her position to shield the men now charged with the murder of Ahmaud Arbery.

Arbery, a 25-year-old Black man, was killed in February 2020 after Gregory McMichael and his son Travis, both of whom are white, saw him jogging in their Georgia neighborhood. The two men armed themselves and pursued Arbery in their pickup truck.

Cellphone video taken by William Bryan, a neighbor who joined the pursuit, shows the two McMichaels cornering Arbery before Travis shot him at close range with a shotgun.

The McMichaels claimed they followed Arbery because they believed was a burglar, and Travis said he shot the young man in self-defense after Arbery allegedly attacked him.

None of the men were immediately charged in Arberys death, and all three remained free for two months until the video of Arbery’s death leaked and went viral. In May, both McMichaels and Bryan were charged with murder. They face trial this fall.

The delayed charges prompted outrage, calls for accountability, and accusations of a coverup by local officials, ultimately resulting in Georgia Attorney General Chris Carr requesting an investigation into how prosecutors handled Arbery’s death.

The indictment handed down Thursday, which comes as a result of Carr’s investigation, charges Johnson with “violation of oath of public officer” and “obstruction and hindering a law enforcement officer.”

According to the court filing, Johnson showed “favor and affection” to Gregory McMichael, who previously worked as an investigator in her office, and “knowingly and willfully” directed two Glynn County police officers not to arrest Travis McMichael, “contrary to the laws of said state.”

Evidence introduced in pretrial hearings in Arbery’s case showed that the elder McMichael called Johnson’s cellphone and left her a voice message immediately after the shooting.

“Jackie, this is Greg,” he said, per a recording of the call in the public case file. “Could you call me as soon as you possibly can? My son and I have been involved in a shooting and I need some advice right away.”

Records of Gregory McMichael’s cellphone do not show that he received a call from Johnson, who recused herself from the case.

However, the indictment also alleges that Johnson failed to “treat Ahmaud Arbery and his family fairly and with dignity” when she did not disclose she sought help from Waycross District Attorney George Barnhill before recommending he take over the case.

Within 24 hours of Arbery’s death, Barnhill had told police he saw no reason to arrest any of the three men involved. Carr later appointed Barnhill to handle the case on Jackson’s recommendation.

In his letter ordering the investigation in May, Carr said neither district attorney informed him that Barnhill had advised police. He also said that the two failed to follow state guidelines on reporting conflicts of interest because they did not disclose that Barnhill’s son worked for Johnson.

Barnhill, who recused himself in April after Arbery’s family discovered his conflicts of interest, is also a subject of Carr’s probe.

Charges have not been announced against Barhill, but in a statement Thursday, Carr said the investigation was ongoing.

“While an indictment was returned today, our file is not closed, and we will continue to investigate in order to pursue justice,” he said. “Our office is committed to ensuring those who are entrusted to serve are carrying out their duties ethically and honestly.”

Barnhill, who has previously declined to comment on the Arbery case, responded to the news of Johnson’s indictment in an email to reporters where he wrote that people must “let the Court and the criminal justice system do their work.”

Johnson, who was removed by voters last fall, could not be reached for comment but has previously denied wrongdoing.

If convicted, she could face up to five years for the charge of violating her oath as a public officer and up to 12 months for the obstruction charge.

See what others are saying: (The Washington Post) (The New York Times) (The Atlanta Journal-Constitution)