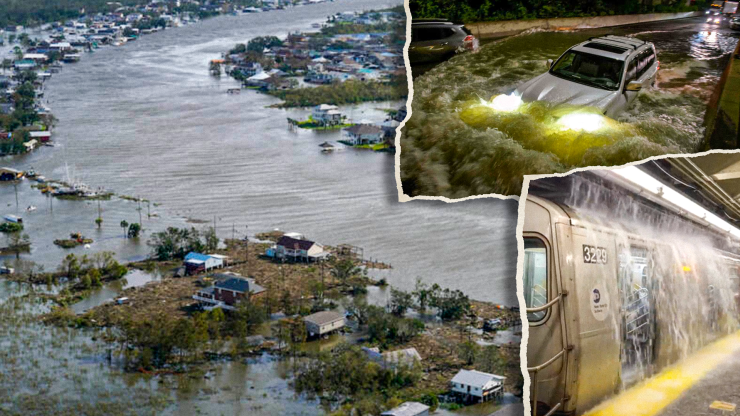 The latest destruction comes as officials are still struggling to restore power and deploy emergency services to southern areas harmed by the storm.

The remnants of Hurricane Ida have brought record-shattering rain to the Northeast, causing historic flooding and killing around two dozen people.

The total death toll is currently unknown and rising as recovery efforts continue, but officials have said most of the deaths recorded so far have been related to floods, which have filled apartments with water and turned roads into rivers that swallowed cars.

New York City police confirmed that a 2-year-old boy was among those killed in the area.

The flooding has forced transit to shut down in much of the region. Road, train, and air traffic have been halted in New York and New Jersey, where both governors declared states of emergency.

New York City, specifically, was issued its first-ever flash flood emergency, and much of the city has been brought to a standstill.

Waist-level floodwaters created major travel delays in the city, and most subway lines had to be shut down as the stations became flooded with water, forcing hundreds of commuters to evacuate.

Rivers and creeks have swelled to dangerous, record levels, prompting concerns over additional flooding as well as flash flood warnings in some regions across multiple states.

In addition to the flooding, tornadoes have touched down in Maryland and New Jersey. Meanwhile, heavy winds downed trees and utility poles, prompting more than 200,000 power outages in Pennsylvania, New Jersey, New York, and Connecticut as of Thursday morning.

While recovery efforts are just getting started in the northeast, they are continuing in many parts of the south that were devastated by the storm earlier this week.

Louisiana and Mississippi were hit particularly hard. Power has been restored to some, but around 1 million homes and businesses are still without electricity, and health officials have said that over 600,000 people do not have running water.

Additionally, heat advisories have been issued in parts of southwestern Mississippi and southeastern Louisiana that may still not have electricity.

The federal government has also reported that 80% of the Gulf’s oil and gas production remains offline.

In remarks Thursday, President Joe Biden said he has spoken to the governors of affected states, adding that federal emergency officials were helping assist with the situation on the ground.

“My message to everyone affected is: We’re all in this together,” Biden said. “The nation is here to help. That’s the message I’ve been making clear to the mayors, governors, energy and utility leaders.”