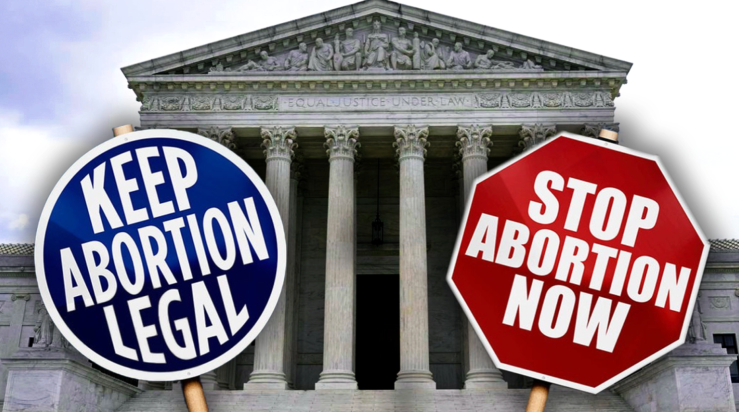 The Supreme Court’s decision to consider Mississippi’s restrictive abortion ban already has sweeping implications for the precedents set under the landmark reproductive rights ruling, but now the state is asking the high court to go even further.

After months of deliberation, the high court agreed in May to hear what will be the first abortion case the 6-to-3 conservative majority will decide.

Both a district judge and a panel of the U.S. Court of Appeals for the 5th Circuit had ruled that Mississippi could not enforce the 2018 law that banned nearly all abortions at 15 weeks with exceptions for only “severe fetal abnormality,” but not rape and incest.

If the Supreme Court upholds the Mississippi law, it would undo decades of precedent set under Roe in 1973 and upheld under Planned Parenthood v. Casey in 1992, where the court respectively ruled and reaffirmed that states could not ban abortion before the fetus is “viable” and can live outside the womb, which is generally around 24 to 28 weeks.

When the justices decided to hear the case, they said they would specifically examine the question of whether “all pre-viability prohibitions on elective abortions are unconstitutional.”

Depending on the scope of their decision on the Mississippi law, the court’s ruling could allow other states to pass much more restrictive abortion bans without the risk of lower courts striking down those laws.

As a result, legal experts have said the case will represent the most significant ruling on reproductive rights since Casey nearly three decades ago, and the Thursday brief raises the stakes even more.

When Mississippi asked the justices to take up its case last June, the state’s attorney general, Lynn Fitch (R), explicitly stated that the petition’s questions “do not require the Court to overturn Roe or Casey.”

But that was before the court’s conservatives solidified their supermajority with the appointment of Justice Amy Coney Barrett — who personally opposes abortion — following the death of liberal Justice Ruth Bader Ginsburg.

With the new filing, it appears that Fitch views the high court’s altered makeup as an opportunity to undermine the constitutional framework that has been in place for the better part of the last century.

“The Constitution’s text says nothing about abortion,” Fitch wrote in the brief, arguing that American society has changed so much that the previous rulings need to be reheard.

“Today, adoption is accessible and on a wide scale women attain both professional success and a rich family life, contraceptives are more available and effective, and scientific advances show that an unborn child has taken on the human form and features months before viability,” she added, claiming the power should be left to state lawmakers.

“Roe and Casey shackle states to a view of the facts that is decades out of date,” she continued. “The national fever on abortion can break only when this Court returns abortion policy to the states.”

The Center for Reproductive Rights, which represents Mississippi’s sole abortion provider in the suit against the state’s law, painted Fitch’s effort as one that will have a chilling effect on abortion rights nationwide.

“Mississippi has stunningly asked the Supreme Court to overturn Roe and every other abortion rights decision in the last five decades,” Nancy Northup, the president and CEO of the group said in a statement Thursday. “Today’s brief reveals the extreme and regressive strategy, not just of this law, but of the avalanche of abortion bans and restrictions that are being passed across the country.”

The Supreme Court has not yet said exactly when during its fall term it will hear oral arguments on the Mississippi case, but a decision is expected to come down by next June or July, as is standard.

An anticipated ruling just months before the 2022 midterms will almost certainly position abortion as a top issue at the ballot box.

See what others are saying:  (The New York Times) (The Washington Post) (Politico)