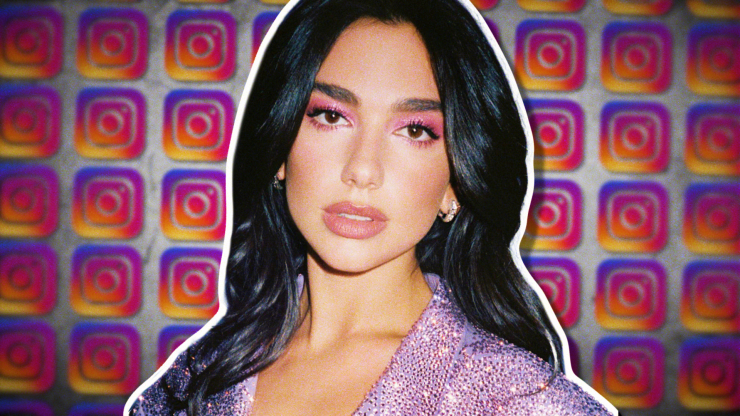 Integral Images is seeking $150,000, claiming the singer posted the photo “without permission or authorisation.”

Pop star Dua Lipa is being sued for posting a paparazzi photo of herself on Instagram.

The photo was taken of the “Levitating” singer at an airport in February 2019, according to BBC News. Lipa shared it on Instagram just a few days later joking about the oversized hat she was wearing, but the post has since been deleted.

Integral Images filed a lawsuit on July 6 claiming that Lipa posted the photo “without permission or authorisation,” according to the multiple outlets that obtained the court documents. BBC News also reported that the company’s request to register copyright for the picture was granted by the U.S. Copyright Office in February 2021, roughly two years after Lipa initially shared it.

Integral Images claims Lipa profited off the use of the photo because her Instagram page is “monetised in that it contains content designed to accumulate followers who are directed to, via link and/or advertisement, consume and purchase [her] content.” The group is seeking $150,000 in damages, a jury trial, an order preventing further acts of infringement, and legal costs.

Trend of Celebrities Being Sued by Paparazzi

Lipa is far from the first celebrity to be confronted with a lawsuit of this nature. Khloe Kardashian, Justin Bieber, Ariana Grande, and Gigi Hadid have also been sued for posting paparazzi photos of themselves on social media.

The trend has caused a degree of controversy, as some believe stars should not get in hot water for posting photos containing their own likeness. However, since the rise of Instagram, paparazzi have found it harder to profit off photos of celebrities, as the stars are now the ones who get to quickly share themselves with the world at the touch of a button. Because it is impossible to compete with this, photo agencies might be more likely to try to grab cash when a star uses one of their images online.

Some stars have lashed out against these lawsuits. In 2018, Hadid responded to the legal action she was facing, slamming the paparazzi for their frequently dangerous tactics in a post on Instagram.

“These people make money off us everyday, LEGALLY stalking us day in and out, for nothing special, for us to walk six feet to a car and six feet into a work building,” she wrote. “They drive dangerously close and extremely recklessly; they put the general public in danger in pursuit of a photo.”

Hadid continued to say that while she understands this comes with her job as a supermodel, “there is a line” people need to respect. She also argued that it would be nearly impossible for her, or another person in this position, to know how to properly credit or obtain permission for random photos they find of themselves online.

“For someone to take a situation where I was trying to be open, and sue me for a photo I FOUND ON TWITTER (with no photographer’s name on the image), for a photo he has already been paid for by whatever outlet put it online (!!!) is absurd,” she added. “I had no way of knowing which of the 15+ photographers outside that day took these exact photos; if the person had just commented on my photo I would have been happy to tag and give credit.”

Lipa has not commented on the lawsuit against her.

See what others are saying: (BBC News) (Insider) (The Wrap)