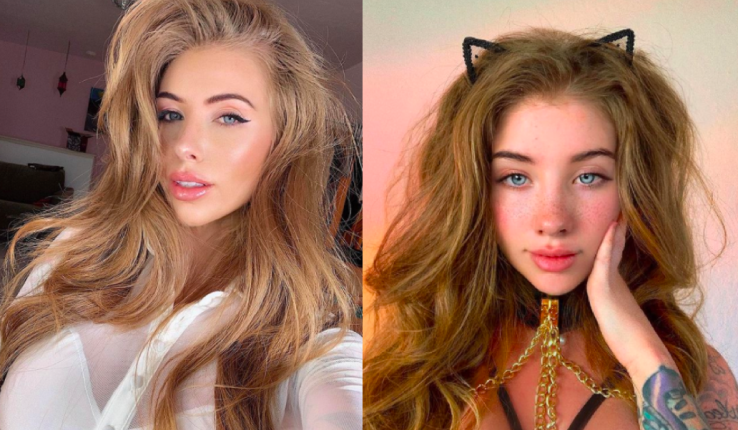 “Who do you think they’re editing it for?” one TikToker asked while criticizing Coconut Kitty. “I can’t say the word but I think you catch my drift. I understand there’s a market for it, but ultimately, at the end of the day, this is p-word baiting, and this is not acceptable.”

An influencer known as Diana Deets, who also goes by Coconut Kitty, has amassed over 3 million followers on Instagram by regularly posting suggestive photos of herself in bikinis or lingerie. On OnlyFans, she promises her 12,000 subscribers fully nude images of herself.

Like others in the influencer space, Deets heavily edits her face in her photos, but many have noticed her taking her edits a step further by making herself look far younger. In fact, some believe her edits make her appear underage.

“She’s taken it past the point of smoothing over her skin texture to take a few years off to completely changing her facial structure to look like a young teenager,” TikToker Bekah Day, whose account disappeared Tuesday, explained in a viral post. “Like, [it] reminds me of the baby filter on Snapchat.”

Day went on to criticize another popular influencer known as Belle Delphine for making similar edits to her features when posting adult content.

“Who do you think they’re editing it for?” Day asked. “I can’t say the word but I think you catch my drift. I understand there’s a market for it, but ultimately, at the end of the day, this is p-word baiting, and this is not acceptable.”

In a report on Deets’ editing controversy, Vox’s Rebecca Jenning wrote, “At a certain point, the line between ‘typical influencer FaceTune magic’ and ‘actively impersonating a minor’ appears to be crossed.”

The problem also extends far beyond Deets, and it becomes even messier when influencers use racial stereotypes to embellish youth and submissiveness, such as those forced onto Asian women.

Delphine — a white woman — has repeatedly faced those types of accusations.

Similar criticism has been thrown at itsnotdatsrs, whose TikTok account no longer appeared as of Tuesday afternoon. Before disappearing, she had reportedly racked up 2 million followers by dressing in revealing schoolgirl uniforms and wearing makeup in such a way that it appeared to mimic East Asian eye shapes. Similar content can be seen on her still-active Instagram account.

“You, among so many others, are literally training your millions of viewers to associate Asian women with sexualized children,” TikToker SlightlyKiki said of her. “Non-Asians get to profit off this image of a sexualized little Asian girl, while actual Asian women suffer for it.”

As Jennings concluded in her article, “Underneath all this ickiness, there is another, possibly more disturbing element, which is that Coconut Kitty was right: More people did want to look at her when she made herself look like a teenager, because of course they did, because teen girls are so highly fetishized, as are Black and Asian women.”

See what others are saying: (Vox)