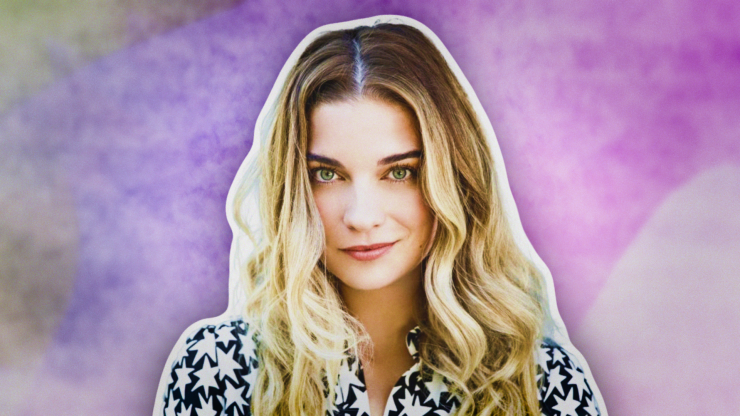 The sitcom star said therapy and medication allowed her to feel like a “functional human” again.

Actress Annie Murphy revealed that in 2020, she found herself “crying 12 times a day” while struggling with depression.

Murphy is known best for her role as the bubbly sister Alexis on “Schitt’s Creek.” In a Tuesday profile by The Zoe Report, Murphy said that when she and the cast went on a farewell tour for the beloved sitcom in January 2020, she could barely perform and would return home crying.

Not long after that, Murphy was scheduled to start filming her new show “Kevin Can F**k Himself” in March 2020. Coronavirus lockdowns ultimately halted filming, and during that time, she said her symptoms worsened.

“My mom was like, ‘You’re crying 12 times a day hysterically, to the point where your teeth are chattering,” the Emmy Award-winner explained. “That’s not normal.”

She saw a therapist, was diagnosed with depression, and was medication to treat it, which she said was crucial to her recovery.

“I do not cry every single day on the floor 12 times,” she continued. “I am able to focus on other things in my life. Now, honestly, if a friend’s like, ‘I’m having a really hard time,’ I’m like, ‘Get on drugs. Get on drugs!’ You don’t have to be on drugs for the whole time, but they truly, truly saved my life in the sense that I was not a functional human being and I was able to be a functional human being.”

Murphy said she knows people might assume that because she is “rich and famous” she has “nothing to be sad about.”

“A lot of people are going to think that I sound like I’m playing a tiny violin for myself,” she added. “But I’m not going to post photos of me covered in my own snot, lying on the floor, unable to get up. I don’t want people to have to see that.”

She also said that if she had to go to set at the time she was struggling with depression, she is unsure she would have even been able to perform.

“As excited as I was to get this huge part on [Kevin], I do not think if I had gone to work when I was supposed to go to work, I would have been able to do my job.”

Now, she she feels her battle with depression played a role in how she was able to form her character, Allison, in “Kevin Can F**k Himself.”

“Not to toot my own horn because I fucking hate that, but I do feel a sense of resilience, both from Allison but also being in a real messy mental state going into it,” she says.

See what others are saying: (Huff Post) (E! News) (The Zoe Report)