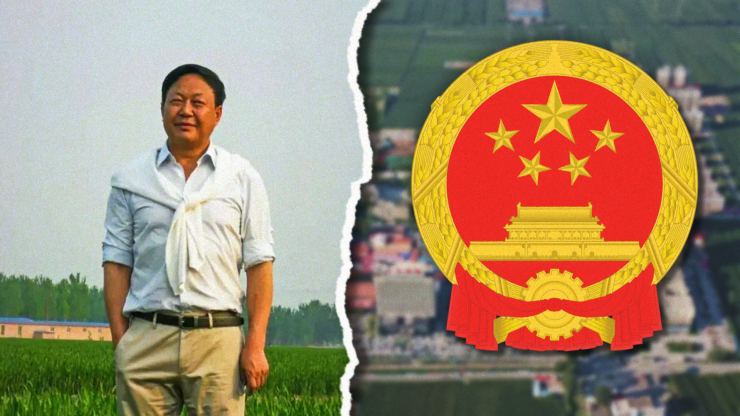 Sun Dawu, one of China’s most outspoken businessmen and rural worker advocates, could face 25 years in prison if convicted on a wide range of charges at a court hearing that is believed to take place next week, his legal team said on Monday.

Sun is accused of provoking trouble and disturbing public order, illegal mining, encroachment on state farmland, obstructing public service, and illegal fundraising, among other charges, according to documents released Wednesday from prosecutors in Gaobeidian, a city in Hebei province.

Prosecutors also charged 19 other people with similar crimes, many of whom took Sun’s side in a November land dispute between Sun’s companies and state-owned enterprises. According to South China Morning Post, who spoke with a source on Sun’s legal team, prosecutors are asking that Sun’s eldest son receive a 16 years sentence and that Sun’s brother be handed an 11-year sentence.

“If this case is not properly resolved, it would not be just a setback of Sun Dawu,” the letter said, adding that the charges against Sun could have a chilling effect on private business owners in China and could mar this year’s centennial celebrations of the Chinese Communist Party, which are meant to highlight how far the party has come.

Too Vocal a Critic

China, as of late, has been cracking down on billionaires and reigning in their power – especially if they’ve been known to be outspoken critics. Jack Ma noticeably fled from the public eye after scrutiny from state authorities, although he has managed to avoid any charges.

Sun, on the other hand, has been far more vocal in his criticisms of the party. He’s known for having extremely loyal employees and often uses them to push back against local party policies and officials; which could constitute the use of a gang and further exacerbate problems for his defense. His workers are so loyal because Sun is known for building large communes for them with above-standard housing, along with free education, groceries, daycares, and healthcare for employees and their families.

Since at least Wednesday, Sun’s companies, as well as the community facilities for the workers, have been run by Communist Party representatives. If Sun is convicted, it’s likely that his properties and companies will all be turned over to the state. 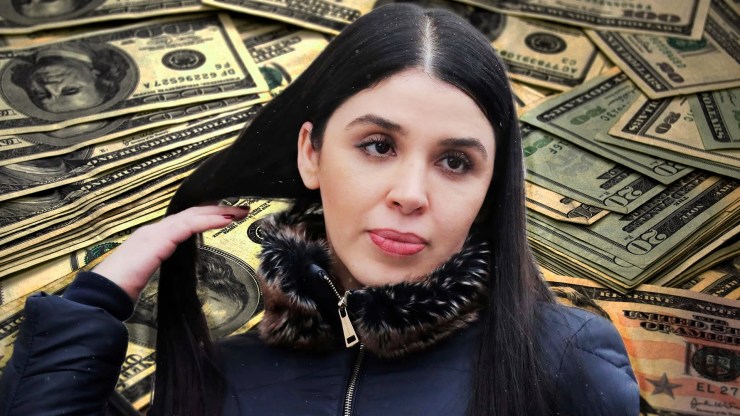 Coronel Aispuro has also been accused of having intimate knowledge of her husband’s drug empire and of helping orchestrate his escape from a high-security prison in 2015.

From Beauty Queen to Criminal Empire

Specifically, the 31-year old pled guilty to conspiracy to distribute heroin, cocaine, marijuana, and methamphetamine for importation into the US; conspiracy to launder monetary instruments; and violating the Kingpin Act by engaging in transactions and dealings in property of her husband.

Coronel Aispuro was arrested at Dulles International Airport in February and has remained in custody without bail since. Her lawyers had complained that she had little to do for 22-hours a day except for reading and was largely kept in isolation for nearly 6-months. Until Thursday, Coronel Aispuro had maintained that she knew little about El Chapo’s criminal enterprises and was a law-abiding citizen. She told reporters after El Chapo’s 2019 trial in Brooklyn, New York, “I don’t know my husband as the person they are trying to show him as, but rather I admire him as the human being that I met, and the one that I married.”

Prosecutors disagreed and pointed to testimony from El Chapo’s trial where a witness detailed how Coronel Aispuro helped orchestrate her husband’s escape from one of Mexico’s most secure prisons in 2015. That witness also claimed Coronel Aispuro has intimate knowledge of the drug trafficking world. Coronel Aispuro allegedly smuggled a GPS device in a food item to El Chapo, allowing crews to build a tunnel under his shower and then ferry him out on a motorcycle.

She first met El Chapo in 2007, when she was 17 and competing in a beauty pageant, which she later won. Shortly thereafter the two married. That is unlikely to be her first experience with cartel life, as she’s believed to have lifelong familial ties to drug cartels. Her father is Inés Coronel Barreras, who had been a high-ranking leader of the Sinaloa Cartel throughout her entire life. He received a 10-year sentence in 2017 for drug trafficking and firearms-related charges.

Coronel Aispuro had made previous trips to the U.S. with few problems. Her sudden arrest was seen as a signal by the Biden administration to make clear to Mexican officials that it would continue to pursue high-profile cartel arrests with or without Mexican consent. Prior to President Joe Biden, President Donald Trump had returned Salvador Cienfuegos, a powerful military general, to Mexico to face drug charges after his Los Angeles arrest in October 2020. Cienfuegos was cleared of charges by Mexican officials, who claim that he never met with criminals.

Coronel Aispuro is due to be sentenced on September 15, and according to Jeffrey Lichtman, her attorney, “She’s happy to take responsibility … (to) get on with her life,” and hopes to get access to her young twin daughters afterward her sentence.

Despite the arrest of El Chapo and other powerful drug lords, the violence in Mexico continues to rise. To date, 150,000 Mexicans have lost their lives in drug-related crimes, and 73,000 have disappeared.

See what others are saying: (ABC) (Washington Post) (BBC) 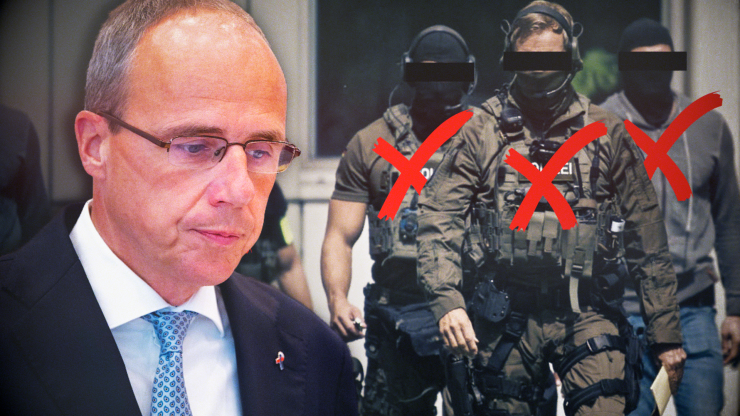 Seventeen members of the Special Task Force are suspected of spreading far-right messages and Nazi symbols, while three others are accused of failing to stop the chats once they knew about them.

The German city of Frankfurt disbanded its Special Task Force (SEK) Thursday morning after an investigation by Hesse state officials found that members of the force were sending far-right, pro-Nazi messages in group chats.

The Special Task Force is similar to the U.S.’ SWAT groups, and the revelation that members of the group were engaging in extremist rhetoric had investigators particularly worried. It only took officials one day to disband the unit after the Frankfurt Public Prosecutor’s Office and Hessian State Criminal Police publicly announced on Wednesday that they had launched an ongoing investigation into 20 SEK officers. Seventeen of the officers are suspected of spreading hatred-inciting texts and symbols of former Nazi organizations mostly between 2016 and 2017, although the chats went on into 2019.

The other three suspects were supervising officers who did not actively send messages but were part of the group chats and are accused of obstructing justice for failing to stop the conversations. The participants are all between 29- and 54-years-old and all but one were on active duty.

German law bans hate speech, though it can be difficult to prove. Use of Nazi symbols are explicitly banned under German law as well.

The entire investigation progressed quickly after it first began in April. According to DW, “Pedophile texts found in a police commandos’ smartphone led to the identification of 19 other Hesse state police allegedly involved in far-right chat groups.” While the SEK has been disbanded and the offices are facing an investigation, they haven’t been completely relieved of duty yet. However, that may change and according to Interior Minister of Hesse Peter Beuth, if charges are proven, “we will also remove them from the Hesse Police.”

There are plans to relaunch the SEK, but with a “fundamental reboot,” according to Beuth.

While German law and culture have made huge strides to try and break away from its Nazi past, the last few years have increasingly seen stories of police and military units engaging in far-right, often Nazi-linked, rhetoric. Last November, the country’s Defense Minister was forced to disband the 2nd Company of the Bundeswehr Special Forces Command after it was revealed that soldiers in the unit helped conceal right-wing extremist activities carried out by certain members.

In July 2020, Hessian police were again linked to far-right extremism after a left-wing politician received threatening emails after her personal details were accessed via police computers. Other public figures also had their information accessed, and the threats were signed “NSU 2.0,” a reference to a terror cell called the National Socialist Underground that murdered 10 people between 2000 and 2007.

Despite the increased scrutiny on the rhetoric made by German security forces, the government has been long accused of being slow to investigate the cases. Andreas Speit, a German expert on right-wing extremism, told NPR that such cases are usually brought up because of anonymous tips.

See what others are saying: (The New York Times) (The Local) (DW) 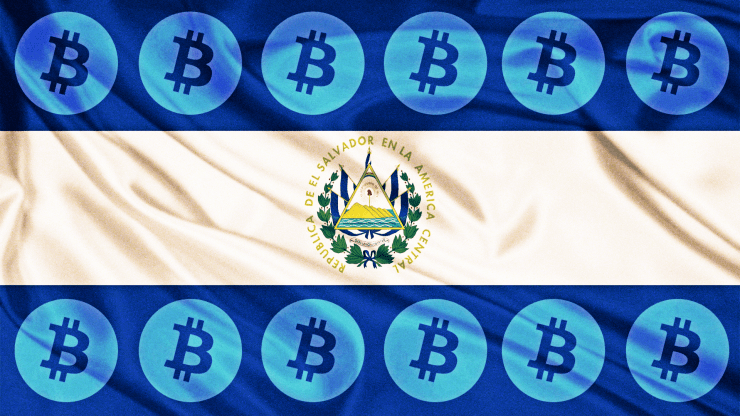 President Nayib Bukele believes the moves will help increase the number of Salvadorans engaging with financial institutions and help increase the amount of money that ends up in family’s pockets from remittances.

First in the World

In a 62-84 vote early Wednesday morning, the Congress of El Salvador voted to recognize Bitcoin as legal tender, making it the first country in the world to do so.

According to the bill, “The purpose of this law is to regulate bitcoin as unrestricted legal tender with liberating power, unlimited in any transaction, and to any title that public or private natural or legal persons require carrying out.”

This means that prices can now be shown in Bitcoin and taxes can be paid with the cryptocurrency. Additionally, exchanges in bitcoin will not be subject to capital gains tax. The country isn’t attempting any price controls with the currency, with the law stating that the exchange rate with the U.S. dollar — El Salvador’s other official currency — “will be freely established by the market.”

However, there are concerns around Bitcoin’s accessibility. While using digital wallets and currency exchanges aren’t considered complicated once one understands how they work, many rural residents and older individuals don’t have the same level of experience with technology as younger and urban adults. To address this issue, the law also stipulates that the government will “promote the necessary training and mechanisms so that the population can access bitcoin transactions.”

The country made the move to include Bitcoin as an official currency in hopes it will increase financial inclusion and banking penetration in the country. Currently, about 70% of the population doesn’t have access to traditional financial services. Beyond hoping citizens would use Bitcoin en-masse, President Nayib Bukele made a deal with the digital wallet company Strike to try and rebuild the country’s financial infrastructure using Bitcoin.

According to Bukele, it will also help with remittances. Salvadorans working abroad sent back nearly $7 billion last year, about 7% of which was lost to financial intermediaries. Bukele believes that sending Bitcoin back will result in lower fees, and therefore more money actually being put into the pockets of Salvadorans.

Still, there are other concerns, especially around Bitcoin’s volatility. In April, the currency reached an all-time high of $64,829, but it has since dropped by nearly half (although looking at a 12-month period, the crypto is still up 230%). In the short term, the crypto is known for jumping up and down over 10% regularly.

It’s unclear how much that volatility will affect the country’s economy, or just how effective the government’s plans to use Bitcoin to draw more citizens into the financial world will be. However, there are concerns about Bitcoin’s limitations. Its biggest liability is its relatively slow transaction rate by being limited to 4.6 transactions per second.

See what others are saying: (Bloomberg) (CNBC) (Reuters)