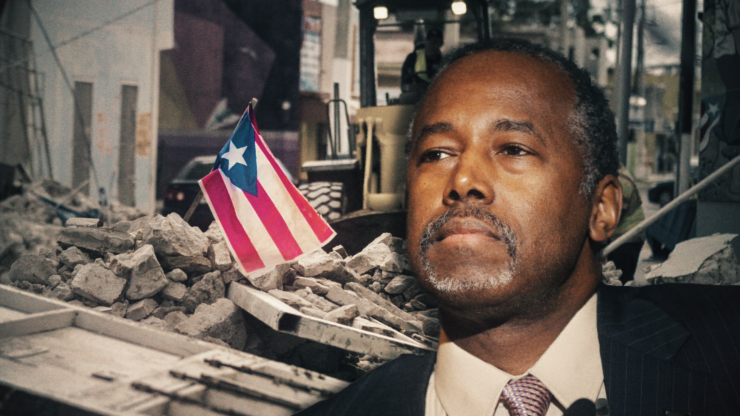 The administration of former President Donald Trump delayed more than $20 billion in hurricane relief to Puerto Rico and then obstructed an investigation into the stalled funds, according to a report by the inspector general of the Department of Housing and Urban Development (HUD) published Thursday.

The publication of the 46-page report comes over two years after Congress requested an investigation into delays of aid for the territory after Hurricane Maria devastated the island in 2017, killing thousands and leaving many without power or water for months.

That investigation revealed that the essential funds had been “unnecessarily delayed by bureaucratic obstacles” set by the Office of Management and Budget (OMB).

According to the watchdog, the OMB, operating under Trump, insisted that as a prerequisite for the aid, Puerto Rico needed to overhaul its property management records, suspended its minimum wage on federal contracts, and take other actions that some HUD officials worried were beyond the agency’s authority to impose.

Additionally, in 2018, OMB began requiring all HUD grants to go through a lengthy interagency review process before receiving approval, thus preventing the housing agency from finalizing its draft notice of funding by the target date.

That requirement, the inspector general found, had never before been mandated for disaster recovery aid, and there had not been any previous discussions about the extra step.

The investigators were not able to determine why the reviews were being required, due to “denials of access and refusals to cooperate.”

Per the publication, access to HUD information was delayed or denied multiple times throughout the investigation, and several senior administration officials in the OMB also refused to provide requested information regarding the funds.

Former HUD Secretary Ben Carson and another top department official also declined to be interviewed by investigators during the probe. Carson previously defended the delay in aid to Puerto Rico, citing concerns about corruption and the local government’s ability to manage funds.

Trump repeatedly used the same argument to justify his adamant opposition to providing aid to the island while also falsely disputing the death toll and damage caused by Maria.

Reports from the HUD inspector general’s office published last year did state that Puerto Rico was in need of a better system for monitoring federal grants after the hurricane. However, the reports also found that Texas and Florida had similar issues, and their disaster funds were not held up.

The Washington Post reported in 2019 that Trump had told aides he wanted more money to go to Florida and Texas, and for none to be given to Puerto Rico.

Since 2017, the federal government has allocated nearly $69 billion to help Puerto Rico recover from Maria and other natural disasters that followed the storm, but, according to the Office of Recovery, Reconstruction and Resilience, just $19 billion of that has been distributed.

See what others are saying: (The Washington Post) (NBC News) (The Guardian)

Experts Say J&J Shot Is Safer Than Aspirin, but Many Are Still Unwilling To Get It