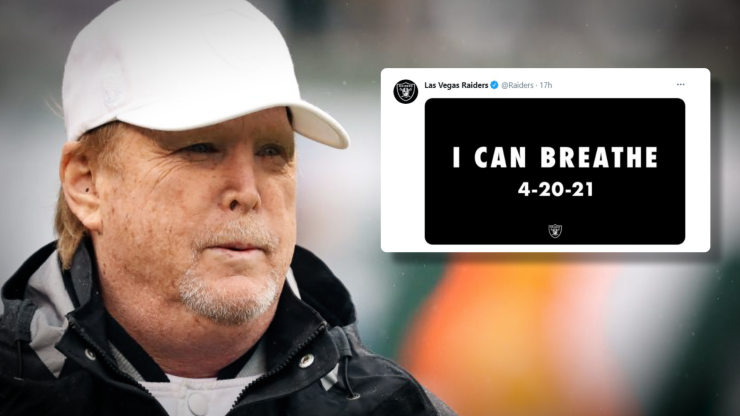 The message is a play on Floyd’s infamous “I can’t breathe” pleas, which he repeatedly cried out while Chauvin kneeled on his neck for nine and a half minutes last summer. Perhaps not-so-surprisingly, that tweet has since attracted condemnation from many who’ve denounced it as tone-deaf.

NBA player Lebron James expressed disbelief that such a statement was even published, saying, “This is real???? Nah man this ain’t it at all. The F^%K!!!!”

“It’s obvious what the raiders statement was going for,” one Twitter user wrote. “But ignorance is at the roots of racism, and you need to use your resources to combat your own ignorance.”

Others were less critical of the Raiders. For example, some argued that the tweet’s intentions were still pure, even if tone-deaf. Others cited Floyd’s brother, who made a similar statement of “Today, we are able to breathe again,” following Chauvin’s conviction.

The Raiders weren’t the only entity to be accused of making a tone-deaf response Tuesday. Many also claimed that House Speaker Nancy Pelosi (D-Ca.) basically thanked Floyd for being murdered after she said, “Thank you, George Floyd, for sacrificing your life for justice.”

Many initially described the “I can breathe” tweet as a fairly glaring blunder from the Raiders’ PR team; however, overnight, it was learned that the tweet was actually the brainchild of Raiders owner Mark Davis.

“I thought that said a lot,” Davis said in a phone interview with the Associated Press. “It said a lot about everything. I thought it was something where we could all breathe again. Justice was served. We still have a lot of work to do on social justice and police brutality. But today, justice was served.”

“I feel bad it was taken in a way it wasn’t meant to be done,” he added. “That can only be my fault for not explaining it.”

Davis also took a moment to apologize if the tweet offended anyone in Floyd’s family, but he added that he won’t take it down.

“It was taken negatively by 99 percent of the people,” he said. “That happens. That’s part of social media.”

Was Justice or Accountability Served on Tuesday?

The question of whether or not justice was actually served with Chauvin’s convictions has become a national debate over the past 24 hours.

“That a family had to lose a son, brother and father; that a teenage girl had to film and post a murder, that millions across the country had to organize and march just for George Floyd to be seen and valued is not justice. And this verdict is not a substitute for policy change,” AOC said.

The jury’s verdict delivers accountability for Derek Chauvin, but not justice for George Floyd,” Sanders wrote on Twitter. “Real justice for him and too many others can only happen when we build a nation that fundamentally respects the human dignity of every person.” 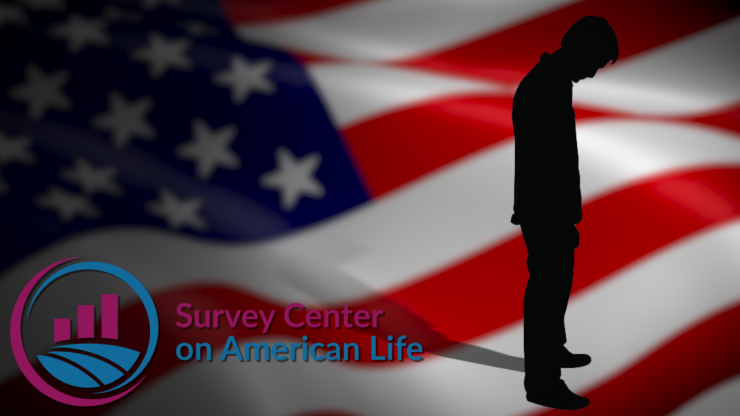 While the COVID-19 pandemic is responsible for increased isolation Americans have experienced over the past year, other factors for the drop in friendships include political differences, couples marrying later, and parents spending more time with kids.

A new study released by the Survey Center on American Life has essentially found that friends are in short supply in America — or rather, that “despite renewed interest in the topic of friendship in popular culture and the news media, signs suggest that the role of friends in American social life is experiencing a pronounced decline.”

The ongoing COVID-19 pandemic has very likely been the most direct cause of isolation over the past year.

As the poll also notes, women ages 18-29 appear to be the most affected demographic, with 43% having lost touch with at least a few friends and 16% indicating that they’re no longer in regular contact with most of their friends.

In addition to the pandemic, former President Donald Trump seems to be driving more broken friendships than perhaps most presidents. In fact, 22% of the respondents who said they ended a friendship cited Trump specifically.

It’s not all doom and gloom, though. While “best friends” are in shorter supply than in 1990, more than half of U.S. adults still say they have one. Another 46% of Americans have also reported making at least one new friend over the last year.

See what others are saying: (Insider) (Independent) (Axios) 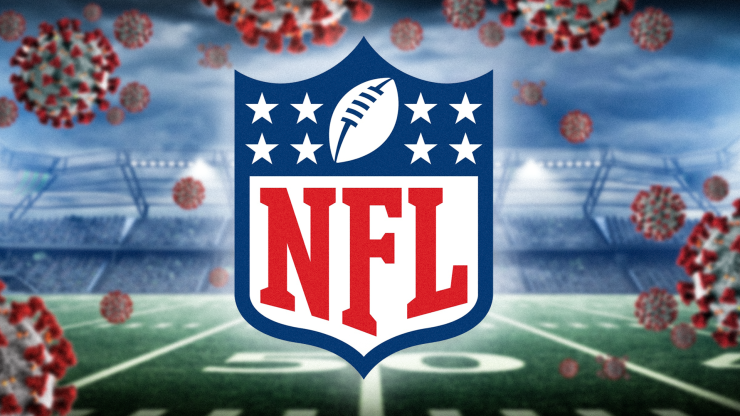 Neither team will be paid for any forfeited games, and the team that faces the outbreak must also cover all expenses for the opposing team.

The National Football League announced Thursday that if a game is canceled due to a COVID-19 outbreak among unvaccinated players on a certain team, that team will be forced to forfeit the match.

Additionally, the league said players on both teams will not be paid for any forfeited games, and the team that causes the game to be canceled will also be forced to cover all expenses for the opposing team. It could also face disciplinary action from the Commissioner’s Office.

As NFL.com writer Kevin Patra noted, this is “the clearest line the NFL has drawn to date and the most substantial incentive yet for owners, teams and coaches to pressure players to get vaccinated.”

Unvaccinated players — regardless of whether they test positive or not — will also be subject to more stringent protocols, including daily testing, mask-wearing, and travel restrictions.

That said, there is one potential loophole for teams that find themselves subject to outbreaks, though it could still be a longshot. The NFL will allow games to be rescheduled as long as they fit within the timeframe of its regular season.

“We do not anticipate adding a ‘19th week’ to accommodate games that cannot be rescheduled within the current 18 weeks of the regular season,” the NFL made clear in its memo.

Still, the NFL may not be as flexible as it was during 2020. For example, while it was able to reschedule all of its postponed games during that season, it did so by moving some to Tuesdays and Wednesdays.

What Players Are Saying

Currently-unvaccinated players were quick to speak out against the memo on Thursday.

“Never thought I would say this, But being put in a position to hurt my team because I don’t want to partake in the vaccine is making me question my future in the @NFL,” Arizona Cardinals wide receiver DeAndre Hopkins said in a now-deleted tweet.

Those advocating for players to get vaccinated have argued that not vaccinating yourself while engaging in a high-contact sport could still result in hurting teammates. In fact, several athletes have reported lingering effects following COVID-19 diagnoses, and some worry that long-term lung issues could cut their careers short.

Las Vegas Raiders running back even compared this year’s season to “playing in jail” in a now-deleted tweet, saying, “read the rules-know em like you know your plays.”

See what others are saying: (NFL) (ESPN) (The Hill)