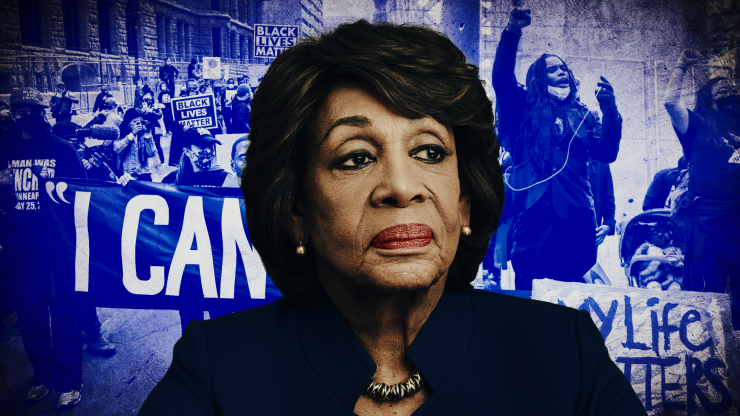 The judge overseeing the trial against Derek Chauvin, the former Minneapolis police officer accused of murdering George Floyd, said Monday that comments made by Rep. Maxine Waters (D-Ca.) over the weekend could be grounds for the entire case to be appealed.

While speaking in Minneapolis on Saturday, Waters said that protesters should “stay on the street” and “get more confrontational” if Chauvin is acquitted.

Following closing arguments Monday afternoon, Chauvin’s lawyer, Eric Nelson, asked for a mistrial, arguing that the Congresswomen’s remarks amounted to threats and intimidation against the jury.

Judge Peter Cahill, who ended every day of testimony by telling jurors “have a good night and don’t watch the news,” dismissed the request, arguing that he believed her remarks would not prejudice the jury, but adding a key caveat.

“I’ll give you that Congresswoman Waters may have given you something on appeal that may result in this whole trial being overturned,” he said. “I wish elected officials would stop talking about this case, especially in a manner that is disrespectful to the rule of law and to the judicial branch and our function.”

House Minority Leader Kevin McCarthy (R-Ca.), announced on Twitter that he was introducing a resolution to censure Waters.

Many also defended Waters, claiming she was not inciting violence. That includes House Speaker Nancy Pelosi (D-Ca.) who said her colleague was talking “about confrontation in the manner of the civil rights movement.”

Others who took to Twitter echoed that, arguing that McCarthy was being a hypocrite because he himself spread false election claims promoted by former President Donald Trump. Those claims would later incite the Jan. 6 insurrection.

Some additionally accused the minority leader of censuring a Black woman for speaking out against violence in her community but refusing to take any action against members of his party. Many specifically flagged Rep. Matt Gaetz (R-Fl.), who is being investigated for sex trafficking a minor, and Rep. Marjorie Taylor Greene, who previously posted racist and antisemitic comments on social media and liked posts calling for Pelosi to be assassinated.

Others took direct aim at Judge Cahill, arguing that he was undermining Waters’ right to free speech and that he was the one who warned the jury not to pay attention to the news but did not sequester them from the get-go.

That point was bolstered by some who pointed out previous incidents where similar remarks were not considered grounds to appeal a case.

“If a statement from Maxine Waters can be used as justification to overturn a guilty verdict for Derek Chauvin on appeal, then courts are gonna have to go back and revisit every single case where Donald Trump made a comment about pending trials for 4 years when he was in office,” CNN commentator Keith Boykin wrote.