Protests and violence broke out Sunday in Brooklyn Center, Minneapolis, after police shot and killed a Black man during s traffic stop just miles away from the courtroom where Derek Chauvin is facing murder charges for the death of George Floyd.

Local officials confirmed Monday morning that the man was 20-year-old Daunte Wright, who had previously been identified by his family. In a press release Sunday, the Brooklyn Center Police Department said that officers had pulled his car over for a traffic violation around 2 p.m. and discovered that he had a warrant out for his arrest.

According to the statement, Wright tried to re-enter his car while police were trying to take him into custody. One of the officers fired their gun, hitting Daunte, whose car traveled several blocks before striking another vehicle.

Officers and medical personnel “attempted life saving measures,” but he was ultimately declared dead at the scene. A female passenger, who Daunte’s family identified as his girlfriend, also “sustained non-life threatening injuries” and was transported to the hospital. The people in the other vehicle were not hurt.

In a press conference Monday, Police Chief Tim Gannon said the officer who fatally shot Wright had meant to Taser him instead. He played body-camera footage that showed two officers approach the vehicle from each side. A third office approached later as the two tried to handcuff Wright, who can be seen struggling.

The third officer threatens to Taser Wright before firing her weapon, and immediately after, she can be heard saying “Holy shit, I shot him,” seemingly to realize she had fired her gun weapon instead of her Taser. Gannon said the unidentified officer has been placed on administrative leave.

Gannon claimed police had initially stopped Wright because his registration had expired, but that account appears to contradict the account from his family. On Sunday, his mother, Katie Wright, told reporters that her son was driving a car his family had given him two weeks ago and called her when he was pulled over.

“He said they pulled him over because he had air fresheners hanging from his rearview mirror,” she said, adding that she had asked Daunte to give his phone to a police officer so she could give them the car insurance information.

According to local reports, hundreds of protestors gathered at the scene in initially peaceful demonstrations. Officers in riot gear responded to secure the area, people reportedly jumped on police cars, and some threw concrete blocks.

Police fired nonlethal rounds to try to disperse the crowd, and Wright’s mother called for protestors to calm down over a loudspeaker.

Protestors regrouped later that night, with hundreds reportedly marching to the Brooklyn Center Police Department headquarters. Again, the demonstrations were initially peaceful, but according to local reports, at around 9:30, police declared an unlawful assembly and gave people ten minutes to disperse.

About 25 minutes later, they started firing less-lethal rounds and flash-bang grenades into the crowds that remained. The standoff continued to escalate through the night, with police reportedly firing rubber bullets and chemical agents at protesters, some of whom threw rocks, bags of garbage, and water bottles back at them.

National Guard troops arrived just before midnight and looters began targeting nearby stores, including a Walmart and shopping mall.  According to reports, several businesses were completely destroyed, and around 20 total were targeted.

Brooklyn Center Mayor Mike Elliott ordered a curfew until 6 a.m., and the local school superintendent said the district would hold classes remotely “out of an abundance of caution.”

The commissioner of the Minnesota Department of Public Safety also said Monday that more National Guard troops will be deployed to the area this week, where some were already stationed as part of a public safety plan put in place during the Chauvin trial.

See what others are saying: (The Washington Post) (The New York Times) (The Minneapolis Star Tribune) 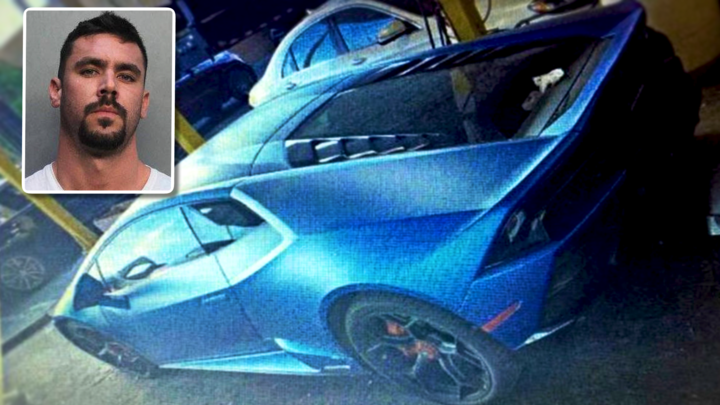 A man in Miami, Florida, has been sentenced to more than six years in prison this week for fraudulently obtaining millions of dollars in coronavirus relief funds and using that money for personal expenses.

David Tyler Hines, 29, is accused of falsifying federal applications to secure $3.9 million in Paycheck Protection Program loans, which were meant to help small businesses stay afloat during the pandemic.

The Justice Department claims he actually requested $13.5 million in paycheck protection loans for various companies using false and fraudulent IRS forms last year. At the time, he stated the money would ensure his employees would continue to get paid throughout the state-mandated lockdowns.

According to a federal complaint, however, those employees either never existed or earned only a fraction of what he claimed to pay them.

“Collectively, Hines falsely claimed his companies paid millions of dollars in payroll the first quarter of 2020. State and bank records, however, show little to no payroll expense during this period,” the complaint adds.

Authorities said that within days of securing the nearly $4 million from the federal government, Hines began blowing it on extravagant personal purchases, including jewelry, resort stays, and a $318,000 2020 Lamborghini Huracan. Two payments totaling $30,000 were also documented as going to “mom,” according to the criminal complaint, while some money also went to dating websites.

Investigators became aware of the scam after the Lamborgini was involved in a hit-and-run incident back in July. The vehicle was ultimately linked back to Hines, which kick-started the investigation.

In February, Hines pleaded guilty to one count of wire fraud in connection with the scheme. As part of the sentencing, he was ordered to forfeit the $3.4 million, as well as the Lamborghini

See what others are saying: (Orlando Sentinel) (Complex) (HuffPost) 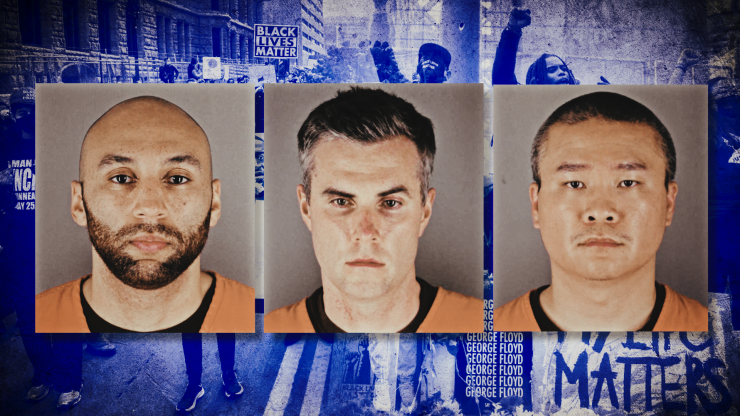 The trial of three former Minneapolis police officers charged for their involvement in the murder of George Floyd will be pushed from August to March 2022, a judge ruled Thursday.

The federal indictment charges Kueng and Thao with willfully failing to intervene in unreasonable use of force deployed by their fellow former colleague Derek Chauvin, who was convicted of murder and manslaughter last month for kneeling on Floyd’s neck for over nine minutes.

All four ex-officers face charges for failing to provide medical care to Floyd, “thereby acting with deliberate indifference to a substantial risk of harm to Floyd,” according to the indictment.

In his decision, Hennepin County Judge Peter Cahill said he moved the Minnesota trial so the federal case could proceed first. Notably, Cahill also cited his desire to create more distance between the state trial and the widely publicized legal proceedings against Chauvin.

“What this trial needs is some distance from all the press that has occurred and is going to occur this summer,” he said in court on Thursday.

A date for the federal trial has not yet been scheduled, it is uncertain if it would happen before March 7, the new date set by Cahill for the state trial.

The decision to file the civil rights charges against Lane, Kueng, and Thao came as surprise to many legal experts as federal indictments are not usually brought until after state cases are concluded.

The move is also unusual because Chauvin had already been convicted of murder in Minnesota. By contrast, the federal government normally only files charges in cases where they believe justice was not served at the state level.

For example, the four officers who were accused of beating Rodney King in Los Angeles in 1991 were only indicted on federal charges after they were acquitted in California.

Defense attorneys for Kueng, Lane, and Thao agreed with the judge’s decision, but state prosecutors did not support the delay, a fact that experts said could mean the three former officers are seeking a plea deal.

“One can infer that the defense attorneys are hoping that the federal case will offer lower penalties for their clients and a dismissal of the state charges,” Mark Osler, a former federal prosecutor told the Associated Press.

Under Minnesota law, aiding and abetting is treated the same as the underlying crime. If the ex-officers are convicted, the state’s sentencing guidelines for people without previous criminal histories would recommend prison sentences of 12 and a half years for the murder counts and four years for the manslaughter counts.

Cahill, however, has the flexibility to increase the sentences if he finds aggravating factors, as he did with Chauvin in a ruling Wednesday.

In the decision, Cahill agreed with prosecutors that Chauvin abused his power, acted “particularly cruel” to Floyd, and committed the crime in front of children with at least three other people.

Experts say the judge is likely to give Chauvin a 30-year sentence for the second-degree murder charge, which carries a maximum of 40 years.

See what others are saying: (The Associated Press) (The New York Times) (NPR)