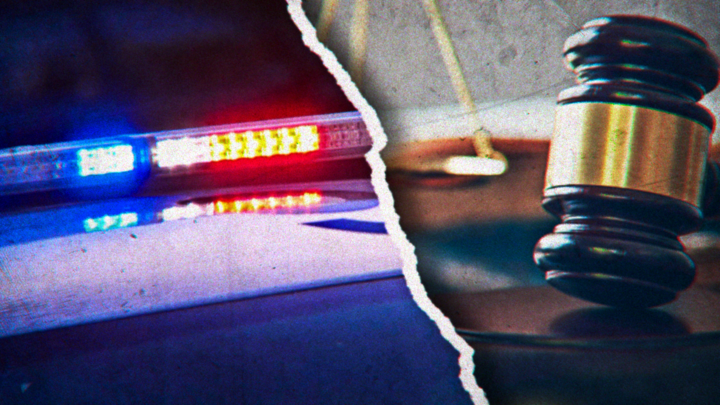 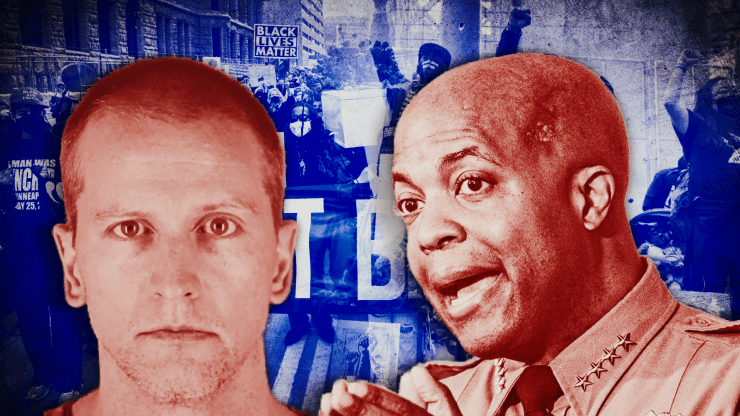 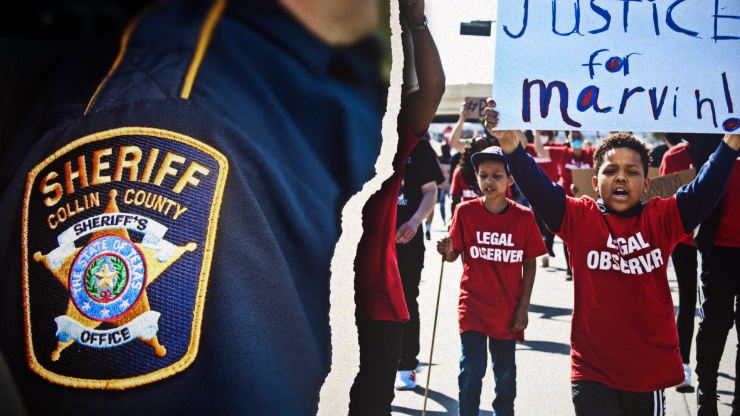 Seven detention officers at a Texas jail have been fired over the in-custody death of a Black inmate who may have been experiencing a mental health crisis while being held on misdemeanor drug charges.

In a statement released Thursday afternoon announcing the terminations, Collin County Sheriff Jim Skinner also said an eighth officer who was under investigation for the death has resigned.

“Evidence I have seen confirms that these detention officers violated well-established Sheriff’s Office policies and procedures,” Skinner said. “Everyone in Collin County deserves safe and fair treatment, including those in custody at our jail. I will not tolerate less.”

Skinner stressed that a criminal investigation into the inmate’s death “continues.”

That inmate, 26-year-old Marvin D. Scott III, died on March 14 hours after being arrested by officers at an outlet mall in Frisco, Texas.

The situation began when the Allen Police Department said it responded to the scene because of reports that a man, later identified as Scott, was “acting in an erratic manner.” In a statement, officers noted that they “were concerned for his safety due to the possible ingestion of drugs.”

They then called paramedics to the scene for assistance, and Scott was rushed to Texas Health Presbyterian Hospital Allen, where he remained for the next three hours. After being discharged, Scott was processed at the Allen Police Headquarters holding facility but then transferred to the Collin County Sheriff’s Office.

According to Collin County sheriff’s Capt. Nick Bristow, Scott was charged with possession of fewer than two ounces of marijuana, which is a misdemeanor in the state.

Later that day, detention officers said Scott began to “exhibit some strange behavior.” That “behavior” then prompted officers to lock Scott onto a restraint bed, where they proceeded to pepper-spray him while trying to attach a spit hood. During the struggle, Scott because unresponsive, and as a result, was rushed back to the hospital, where he was pronounced dead.

Sheriff Skinner said he fired seven of the detention officers involved on that same day.

The Investigation Into Scott’s Death

An independent autopsy later determined that Scott’s death was likely caused by restraint and asphyxiation. Notably, spit hoods have been linked to multiple deaths and have become increasingly controversial over the past year, especially following the in-custody suffocation of Daniel Prude in Rochester, New York, last March.

Within the next several weeks, the office of the Collin County Medical Examiner is expected to release a second autopsy report.

According to his mother, Scott was diagnosed with schizophrenia two years ago.

While she told NBC Dallas-Fort Worth that he hadn’t an episode in about a year, she added, “When we got him okay with his medication, he was starting to take them and fell off and felt like if he would use marijuana, it would benefit him more.”

Lee Merritt, the family’s lawyer, has accused police of jailing Marvin for marijuana charges because he was Black and for viewing him as a criminal rather than someone experiencing a mental health crisis.

Now, the family is calling for the officers involved in Scott’s death to be arrested. They’re also seeking answers to the questions of why Scott was discharged from the hospital, if life-saving interventions could have been employed while he was being restrained, and if the officers involved had mental health training.

Scott’s death has spurred protests outside the Collin County jail.

See what others are saying: (NBC Dallas-Fort Worth) (ABC News) (CBS News)