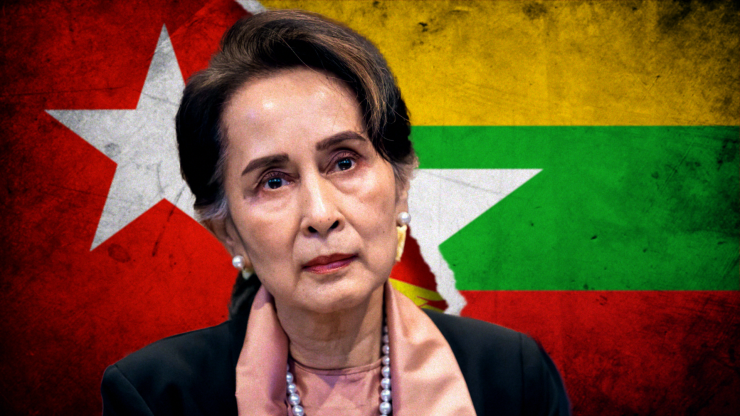 The military junta of Myanmar, known as the Tatmadaw, has charged the former civilian leader Aung San Suu Kyi of breaking the Official Secrets Act, her lawyers revealed on Thursday.

The charges stem from colonial-era rules and are the fifth charges she faces. As the protests calling for her release have escalated, so have the charges against her. The latest charges are the most severe and she faces 14 years behind bars for those alone.

Her lawyers are particularly concerned because they are consistently informed of her charges outside the setting of a courtroom. It seems the Tatmadaw’s strategy is to isolate the former leader from her legal team. Despite repeated requests from both her and her defense, neither have been allowed private meetings without the interference of military officials or police.

The February 1 coup that led to Aung San Suu Kyi’s arrest has sparked off massive protests throughout the country. Each day, tens of thousands can be found on the streets or engaging in various forms of civil disobedience ranging from leaving trash everywhere to refusing to open businesses or leave homes to shut down the economy.

The Tatmadaw has been heavy-handed with their approach to protesters, increasingly using live ammunition to disperse crowds. Since the coup, over 550 civilians have been killed by the Tatmadaw, including over 40 children. The military has also engaged in more serious airstrikes against certain armed ethnic groups that vowed to break a ceasefire negotiated by Aung San Suu Kyi during her time in power unless democracy is restored and she is released. In the past, ethnic strife was prevalent in Myanmar, and there’s a strong possibility that these groups could form broad coalitions to oppose the Tatmadaw.

In response to increasing protests and a looming civil war, the military regime has attempted various forms of control outside of violence, including shutting off parts of the internet for intermittent periods. That changed drastically Thursday when the junta decided to shut off the internet and wireless services indefinitely. Information on Thursday night from Aung San Suu Kyi’s lawyers about her new charges are among the last communications out of the country from prominent pro-democracy figures.

People throughout the nation have scrambled to share radio frequencies and communication apps that work offline to help spread information and keep the movement alive.

See what others are saying: (Nikkei Asia) (The Guardian) (CNN)