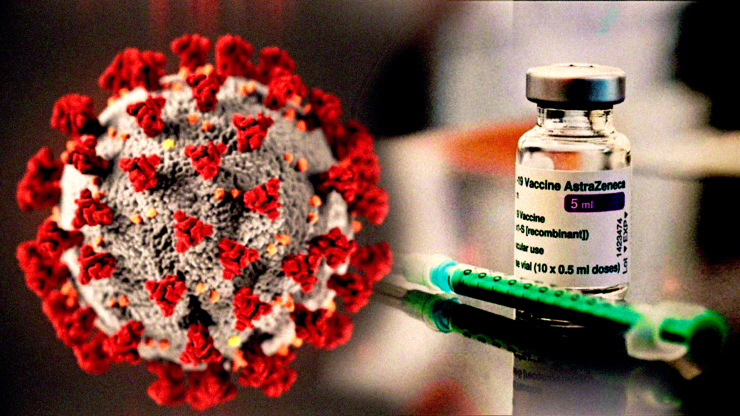 Dr. Anthony Fauci, the nation’s leading expert on infectious diseases, continued his efforts to dispel vaccine hesitancy and restore confidence in the AstraZeneca COVID-19 shot on Wednesday after U.S. health officials cast doubt on its most recent clinical trials.

In a press release Monday, AstraZeneca announced that the large U.S. clinical for its COVID vaccine found the shots to be 79% effective. However, just hours later, a group of medical experts overseeing the trial wrote a letter essentially accusing the company of cherry-picking its data.

According to outlets that saw the letter, the experts said they were concerned that the drugmaker had provided “outdated and potentially misleading” data on its inoculation to make it seem more effective than the full data showed.

Reportedly, the independent monitors pushed back on AstraZeneca’s claim that the jab was 79% effective because that figure did not include an additional month of testing, which, when taken into account, made the effectiveness range from 69% to 75%.

AstraZeneca responded in another statement Tuesday, claiming that the numbers published the day prior were indeed based on “an interim analysis with a data cut-off” of Feb. 17. That data, the company claimed, was still consistent with the full analysis of their vaccine trials. They promised to release the complete trial within 48 hours.

Public health experts reiterated their apprehension, with many also expressing concern that the situation will cause more scrutiny from regulators and erode public trust in the inoculation at a time when there is already doubt.

Last week, a European regulator reaffirmed the vaccine’s safety after over a dozen countries paused their rollout of the shot citing concerns it caused blood clots. The U.S. clinical trial, which is the largest trial to date, did not turn up any signs of this problem.

While speaking on Good Morning America Tuesday, Dr. Fauci criticized the drugmaker for issuing a press release that “wasn’t completely accurate,” but emphasized the solidity of the data and the need for experts to reify public trust in the jab.

“This is really what you call an unforced error because the fact is this is very likely a very good vaccine,” he said. “This kind of thing does really cast some doubt about the vaccines and maybe contribute to the hesitancy. It was not necessary.”

“If you look at it, the data really are quite good,” he added. “We have to keep essentially trying as hard as we can to get people to understand there are safeguards in place.”

As Dr. Fauci and other public health officials have also noted, the 69% to 75% efficacy rate widely believed to represent the actual effectiveness of the AstraZeneca vaccine is still quite good and similar to others on the market, like the one-shot Johnson & Johnson product.

Some experts have also said the AstraZeneca jab is arguably the world’s most important vaccine right now. The low cost and relatively easy storage compared to other COVID inoculations have made the AstraZeneca version especially accessible and thus absolutely critical in the global fight against the coronavirus. Currently, the COVID-19 shot is the most widely used globally, having been authorized in more than 70 countries.

While it has not yet been approved in the U.S., during a press conference Wednesday, Dr. Fauci assured Americans that the Food and Drug Administration’s review of the jab will be transparent.

“Hopefully, that will dispel any hesitancy associated with this little bump in the road we happened to have most recently with AstraZeneca,” he said.

“At the end of the day,” he added, the data shows that the AstraZeneca shot, “is going to turn out to be a good vaccine.”

Suspect in Boulder Colorado Shooting Charged With 10 Counts of Murder