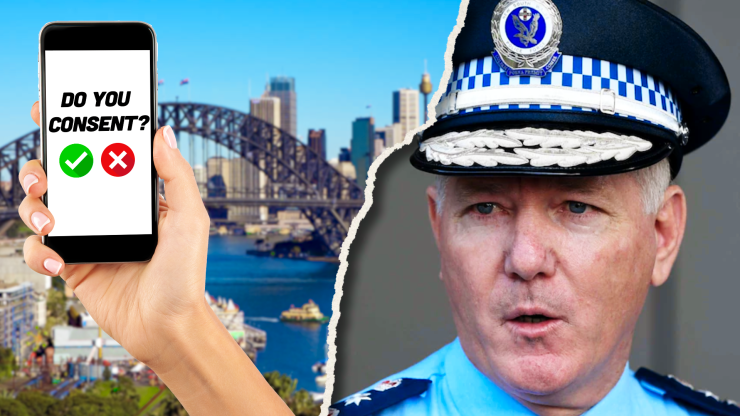 A top Australian police officer was met with widespread criticism after suggesting Wednesday that the country use a sexual consent app to address a rise in sexual assault cases.

The officer, New South Wales (NSW) Police Commissioner Mick Fuller, said such an app would function as a way for people to affirm agreement prior to sexual acts and could improve conviction rates for sex crime cases.

“There is no implied ­consent,” Fuller told ABC Radio Sydney. “It needs to be positive consent. How do we do that in this day and age? One option is with technology.”

“To be honest with you, the app idea could be the worst idea I have in 2021, but the reality is in five years, perhaps it won’t be,” he added. “If you think about dating 10 years ago, this concept of single people swiping left and right was a term that we didn’t even know.”

Fuller’s comments come on the heels of nationwide protests in Australia that were triggered following sexual misconduct allegations against two government officials in the country.

The first was lodged against Australian Attorney-General Christian Porter, 50, who was accused last month of raping a 16-year-old girl in 1988. The second allegation involves a former government staffer who said she was raped in 2019 by a male colleague.

It also comes amid reports that sexual assault cases in NSW rose by 10% in 2020. Meanwhile, the prosecution rate sits at 2%.

While State Premier Gladys Berejiklian praised Fuller for “taking a leadership position on having the conversation” about sexual assault, she refused to give her opinion on Fuller’s comments regarding a sexual consent app.

Many others have been much more vocal.

“I don’t think they’re going to interrupt the romance to put details into an app,” Lesley-Anne Ey, an expert on harmful sexual behavior involving children, said to Australian Broadcasting Corp.

Foster also raised the concern that victims could feel coerced into signing consent forms by their abusers.

Others have also argued that abusers could potentially alter such forms.

“They don’t care where, how or why they do it,” Catharine Lumby, a Sydney University specialist in ethics and accountability, told the Associated Press. “They will take the opportunity and I’m sure they are more than capable of manipulating technology.”

“They certainly wouldn’t say, ‘I’m thinking of having sex with you now, would you like to sign up to this app and say yes?’” Lumby added after calling Fuller’s proposal “naive.”

“The sexual consent app is such a joke,” one person tweeted. “Just teach people consent. Simple.”

Ahead of the backlash, Fuller noted that a consent app is not the final solution to sexual assault.

“Whether the app floats or not, I think it’s irrelevant,” he said. “I think it’s about understanding that this crime is on the increase… and we need to confront it whether that’s through technology or education and training or through other ideas.”

Netanyahu Lacks Clear Path To Victory With 97% of Votes Counted