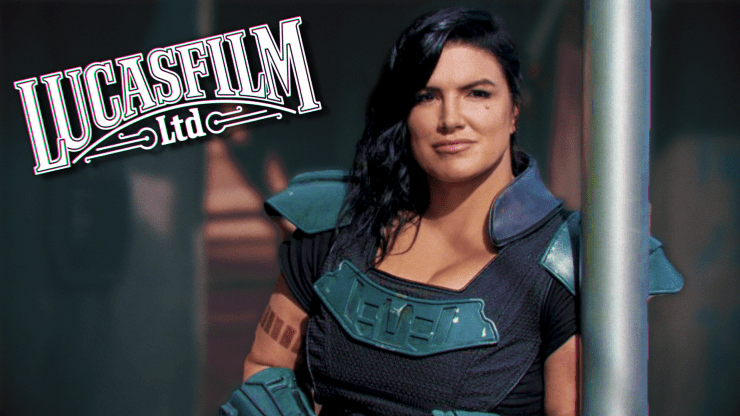 MME fighter and “The Mandalorian” star Gina Carano has been dropped by Lucasfilm and UTA following offensive social media posts she shared.

“Gina Carano is not currently employed by Lucasfilm and there are no plans for her to be in the future,” a Lucasfilm spokesperson said in a statement. “Nevertheless, her social media posts denigrating people based on their cultural and religious identities are abhorrent and unacceptable.”

On Wednesday, Carano shared a post on her Instagram story that compared being a conservative in America today to being Jewish during the Holocaust.

“Jews were beaten in the streets, not by Nazi soldiers but by their neighbors…even by children,” the post said.

“Because history is edited, most people today don’t realize that to get to the point where Nazi soldiers could easily round up thousands of Jews, the government first made their own neighbors hate them simply for being Jews,” it continued. “How is that any different from hating someone for their political views?”

In addition to this, she also posted a photo of a person wearing masks all over their head, captioning it “Meanwhile in California.”

Both of those stories were later deleted, however, a post doubling down on the idea that not everyone has to agree politically remained on her story.

This is far from the first time she has come under fire for posting controversial or offensive things on social media. In the past, she has repeatedly mocked mask-wearing, expressed distrust in vaccines and mail-in voting, claimed there was fraud in the 2020 election, and liked tweets suggesting that racism is not an issue in America.

She also faced backlash for refusing to put her pronouns in her bio after fans suggested she do so. Then, instead of proper pronouns, she put “boop/bop/beep” in her profile. Many found this to be an insensitive mockery of trans people.

On Wednesday, #FireGinaCarano trended on Twitter as many expressed outrage at her latest remarks and previous posts. Many tagged Disney, Star Wars and director Jon Favreau in their tweets to encourage that she no longer appear in “The Mandalorian.”

Carano has yet to issue a public statement about the matter. Some used the hashtag #WeLoveGinaCarano to support the actress and express frustration that she will no longer be in the hit Disney+ series. Others tweeted that they would cancel their subscription to the streaming service as a result of Lucasfilm’s decision.

According to The Hollywood Reporter, the studio had been “been looking for a reason to fire” Carano for several months and this latest scandal was “the final straw.” At one point, Lucasfilm apparently was ready to give her character in “The Mandalorian,” Cara Dune, her own spin-off series. However, after she started generating controversy for her political tweets in November, they scrapped the idea.

See what others are saying: (The Hollywood Reporter) (The Verge) (NPR)