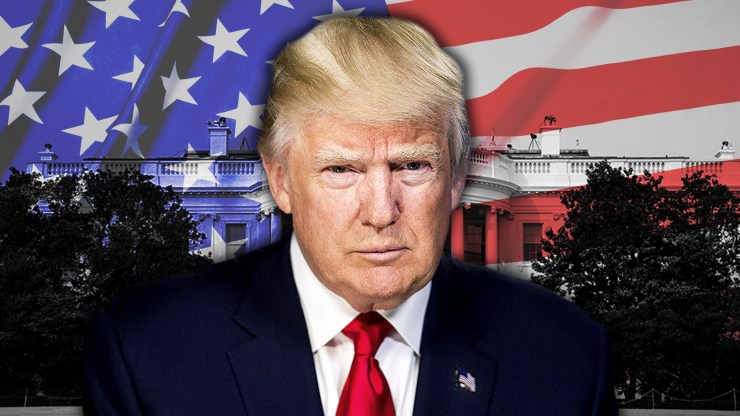 The second impeachment trial of former President Donald Trump is set to start Tuesday, nearly a month after the House voted 232 to 197 to charge him with “incitement of insurrection” following the Jan. 6 attack on the Capitol.

On Monday, Trump’s legal team filed their official pre-trial brief, where they condemned the case against him as “political theater” and outlined the two major arguments they will make in the former president’s defense.

First, they will claim that Trump “did not direct anyone to commit unlawful actions” in his speech before the attack and deserves zero blame for the conduct of a “small group of criminals.” Secondly, they will argue that the Senate “lacks jurisdiction” to try a president who has already left office and thus is a private citizen.

The filing responds to an 80-page brief filed last week by the House impeachment managers, which stated that Trump was “singularly responsible” for the insurrection and argued that he intentionally whipped his supporters into a frenzy that “endangered the life of every single member of Congress” as part of an intentional effort to cling to power.

“If provoking an insurrectionary riot against a joint session of Congress after losing an election is not an impeachable offense, it is hard to imagine what would be,” they wrote.

The House managers also attempted to preempt the constitutional argument in their brief. They noted that many legal scholars, including prominent conservatives, have argued that the founders never intended to exempt a president who was impeached while in office but left before senators could try him.

The Democrats also pointed to the fact that in the 19th century, the Senate voted to try a former war secretary, arguing that proved there was precedent for holding a trial for an official who had left office.

Additionally, others have noted that Trump’s power over his supporters has become a major theme in the federal criminal cases brought against more than 185 people involved in the insurrection so far.

According to The Washington Post, court documents show that more than two dozen people explicitly cited Trump and his calls to gather on Jan. 6. Dozens of other cases where he is not explicitly named also allege that the rioters were largely motivated by the false election claims he spent months spreading.

As far as the structure of the trial, top leaders are still hashing out the final details, including how long the proceedings will take and whether or not witnesses will be called.

According to The New York Times, top Senators are closing in on a bipartisan agreement that would start off Tuesday’s proceedings with up to four hours of debate on the constitutionality question, followed by a vote on the matter.

A simple majority of senators must agree to move forward, which can be expected with Vice President Kamala Harris breaking the tie. After that, both sides will get up to 16 hours to present their cases starting at noon on Wednesday, meaning that the trial will be incredibly quick and likely wrap up as early as next week, making it the fastest in American history.

If all Democrats vote in favor, 17 GOP members would need to sign on. While Democrats have framed the decision as a referendum on whether or not Trump should ever hold public office, it is unclear if that incentive is big enough for many Republicans who view his supporters as key to their base, as well as those who do not want to be primaried by a far-right candidate.

Already, the party has signaled that it will not ultimately decide to convict, with all but five members voting in favor of a resolution to throw out the case on the grounds that it was unconstitutional in a key test case at the end of last month.