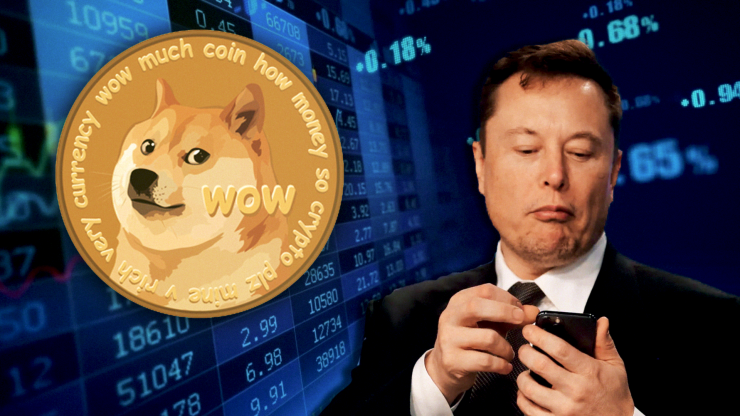 Billionaire Elon Musk has once again proved that he can influence crypto prices with a single word.

Just before 12:00 PST Wednesday night, Musk tweeted “Doge” with the image of a rocket soaring by the moon, alluding to the popular “to the moon” phrase used by Dogecoin holders.

Musk followed up his initial tweet with a series of tweets about Dogecoin, a cryptocurrency that was created in 2013 as a joke.

“Dogecoin is the people’s crypto,” he added. “No need to be a gigachad to own.”

Within an hour, prices for Dogecoin soared from four cents to nearly six. While that may not sound like a lot of money, if someone had bought $1,000 in dogecoin just before Musk’s tweet, their money would have eventually spiked to $1,400.

Musk isn’t the only celebrity tweeting about Dogecoin. For example, billionaire investor and “Shark Tank” personality Mark Cuban also tweeted about it Wednesday.

Still, Musk’s influence seems to have a disproportionate impact crypto prices. In fact, this past Friday, Bitcoin prices surged from $32,000 to just under $38,000 in a matter of hours after Musk changed his Twitter bio to “#bitcoin.”

Soon after that, Bitcoin prices fell in value to near where they had been before Musk’s message. Bitcoin’s price has since climbed back up on its own.

Thursday morning, Dogecoin saw a similar situation, with its value decreasing to near where it had been prior to Musk’s tweets.

A Warning for Investors

While it may seem almost like an investing cliche, the phrase “only invest what you are willing to lose” has become an ever-important warning from some — especially to new investors seeking to get rich quick on hype stocks.

That warning is nowhere more apparent than with YouTuber David Dobrik, who recently said he’s lost more than $85,000 in GameStop stock following a volatile week for the video game retailer.

“Here’s the thing: every year, more than the majority of my money is tied up in the stock market,” Dobrik said on the most recent episode of his podcast, Views.

“Like, I have financial advisers that do that, but this time, I decided, ‘hey, I’m going to take matters into my own hand… Everytime I do the stocks myself, I lose money.”

While Dobrik can likely afford to lose tens of thousands of dollars, that’s not the case for everyday investors.