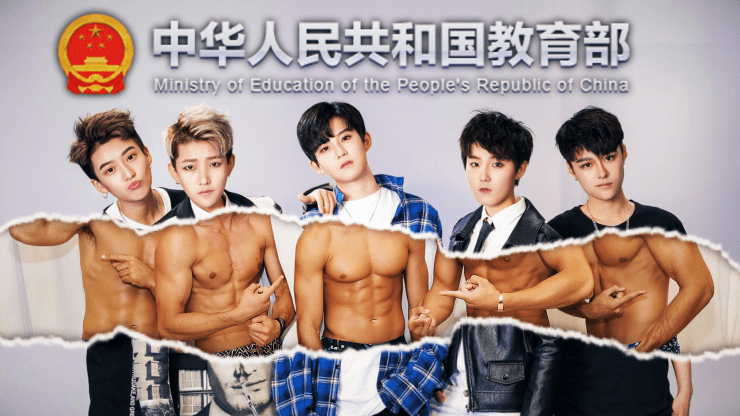 Chinese Now Need to Be Manly

A Chinese Ministry of Education proposal that was issued last week is making headlines for telling schools to “de-feminize” their male students.

The Proposal to Prevent the Feminization of Male Adolescents encourages schools to recruit retired athletes and other athletic individuals with the aim of “cultivating students’ masculinity.” In particular, schools are encouraged to promote physical education and target soccer players, as Xi Jinping is an avid fan and hopes to make China a “football superpower” by 2050.

Other officials have been calling on schools to move towards this goal for years. Si Zefu, a top Chinese official, said last year that China’s young men had become “weak, timid, and self-abasing.” He partly blamed their home environment, claiming that being raised by mothers and grandmothers was the issue.

He also argued that the “feminization” of men “would inevitably endanger the survival and development of the Chinese nation.” At the time, he encouraged schools to play a larger role in counteracting this.

While Si blames home life, others have pointed to the growing popularity of boy bands in China. These boy bands are often thought of as having soft, feminine, or androgynous looks and facial features. The new push would be to have more men with what are seen as “masculine” features becoming celebrities and role models.

However, there’s a backward incentive here. Celebrities in China are seen as needing near-perfect morals and can’t make any mistakes for fear of losing their status. To that end, boy bands and their necessity for squeaky-clean reputations are elevated and thus so are their looks.

Comments across the social media platform Weibo called the proposal sexist. Users wrote things like: “There are 70 million more men than women in this country. No country in the world has such a deformed sex ration. Isn’t that masculine enough?”

“Boys are also humans… being emotional, timid or gentle, these are human characteristics,” another critic wrote, while a separate individual added, “What are men afraid of? Being the same as women?”

The Global Times, which is the nationalist mouthpiece of the Chinese Communist Party, mostly featured opinions that criticized the decision.

They quoted an editorial for iFeng.com, which wrote, “The anxiety about lack of ‘masculinity’ is itself a discrimination due to certain kind of mindset. In subconsciousness, such people consider ‘female’, ‘girly’ and ‘feminine’ are bad and each sex should have a certain kind of look in life.”

One teacher told the paper that it wasn’t the fault of any boy bands or deliberate efforts to “feminize” boys, instead she felt “boys are too spoiled by families and the society.”

The Ministry’s new proposal also seems to have undertones that suggest masculine-men move society, which runs against recent efforts by Chinese officials to exalt the works of women in society.

Over the last year, television programs and other works have shown how women are increasingly getting roles in business and tech and encourage them to do so. At least officially, the country is trying to get more women into positions of leadership. Zhou Chengyu is one such figure featured across Chinese publications. She’s the 24-year-old in charge of the Chinese lunar rover mission.

It’s unclear, based on the text of the proposal, whether or not it’s meant to reverse those efforts or not.

See What Others Are Saying: (Global Times) (BBC) (Reuters)