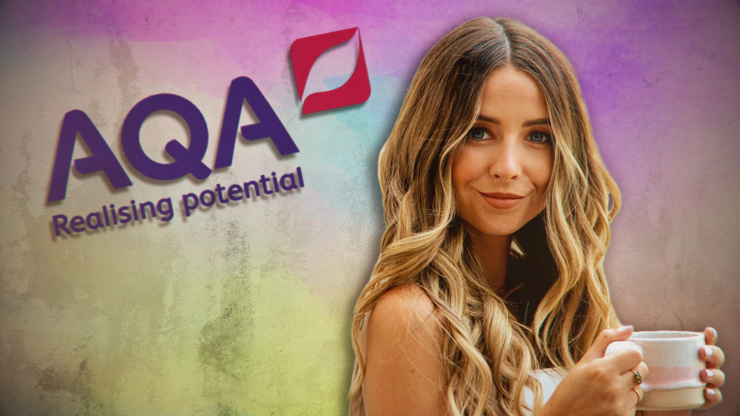 YouTuber Zoe Sugg wrote about the importance of sex education after the Assessment and Qualifications Alliance, one of the biggest exam boards in the United Kingdom, removed her from the GCSE curriculum for posting “adult” content.

The GCSEs are academic qualification tests that high school-age students take on a number of subjects. Sugg and her lifestyle website, Zoella, are featured in a Close Studies Products booklet used by students taking the GCSE Media Studies course; however, she was removed from upcoming materials after parents expressed worries over her content.

Business Insider obtained a letter that AQA sent to teachers, which claimed that parents were concerned that “some of Zoella’s recent content is aimed specifically at an adult audience and not suitable for GCSE students.”

Sugg responded Saturday, saying she was unaware that her content was even studied by students taking the media studies GCSE but was still frustrated to learn why it was being removed. She says her team has worked hard to write about all kinds of issues that impact women and believes they are worthy of discussion and attention.

“We’ve worked hard to include more women’s health, conversational articles, & basically just more grown up content as our main demographic is 25-35 year old females,” she said of the women that work on her website. “NOT 16 year olds.”

Sugg also said that had AQA looked at her website, it would have known this kind of content was popular there. Still, she thinks that this content should not be considered taboo for teens to see.

“I actually disagree that teens shouldn’t be learning about this stuff,” she wrote. “Maybe not in their bloody curriculum exam but how else are teenage girls going to find out more about being a woman? I WISH I had a website like @Zoella when I was growing up.”

She said that the article about sex toys, which she did not write herself and which was the effort of her team as a whole looking at popular products among women, is actually the most viewed piece on Zoella right now. On Sunday, she made another post discussing the controversy.

“Naturally as I have got older, my audience has grown up too & the things I want to share or shine a light on have naturally aged up to suit my lifestyle,” she wrote.

“It worries me that they think 16 year olds aren’t exploring their own bodies, doing this with someone else or know what a sex toy is,” Sugg continued. “Although we don’t aim our content at teens, I don’t think it’s a bad thing that it’s there for them to read at all.”

She then called out the numerous media outlets whose headlines attempted to turn the situation into a scandal. Sugg said those articles were “just perpetuating the fact that female pleasure is something that we should feel ashamed of.”

On Monday morning, AQA released an updated statement clarifying their choice to take Sugg and her website out of the curriculum. The organization first added her in 2017 and said that her content “has evolved and now includes a range of articles of a sexual nature — alongside many other topics — aimed at adults aged over 25.”

It said it was not one article in particular, but the overall themes and content on her website that led them to making this decision. AQA said that students 14-years-old and even younger might be using these materials, meaning mature content may not be appropriate.

“None of this is a judgement on Zoe Sugg, her work, or the suitability of her material for her target audience,” AQA continued. “As she’s pointed out herself, she wasn’t aware that children were studying her work for our course and we’ve never had any kind of relationship with her.”

“Effective relationships and sex education in schools is vitally important and we completely support it. All we’re saying is that we don’t think studying adult-focused lifestyle websites in GCSE Media Studies is the best way to do it.”

See what others are saying: (Business Insider) (Cosmopolitan) (The Independent)