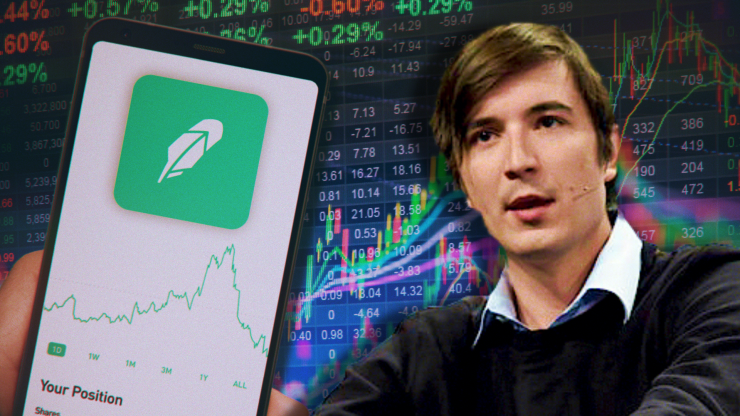 Since the end of last week, Robinhood co-CEO Vlad Tenev has appeared in numerous interviews in an attempt to explain and justify why his company chose to restrict users from buying new shares of stocks for GameStop, AMC, and more.

“We want to give people the access, so that’s been very, very challenging,” Tenev told Tesla CEO Elon Musk in an exchange on the audio app Clubhouse Sunday night, “but we had no choice in this case. We had to conform to our regulatory capital requirements.”

Part of the reason Robinhood’s decision has been so heavily criticized is because the company still allowed users to sell off their existing shares of those stocks. In essence, that appeared to favor large hedge funds over everyday investors.

“We got a lot of questions about, ‘Okay, you had to restrict buying; why didn’t you also restrict selling?’” Tenev told Musk. “And the fact of the matter is people get really pissed off if they’re holding stock and they want to sell it and they can’t, right? So I think that’s categorically worse.”

While other brokerages also restricted stocks amid an unprecedented surge largely driven by a group of Redditors from the subreddit WallStreetBets, Robinhood’s decision was particularly singled out because many viewed it as abandoning the company’s mission of “democratiz[ing] finance for all.”

In addition to that, many have accused Robinhood of bowing to pressure from hedge funds that it has a relationship with — including Citadel Capital, which helped pump $2.75 billion into the hedge fund Melvin Capital last week after it lost billions from its position in GameStop.

Tenev has now denied this claim multiple times, but nonetheless, criticism has continued.

“Robinhood is supposed to be steal from the rich give to the poor — that’s the story of Robinhood,” podcast host Joe Rogan said on his show over the weekend. “Instead, they are protecting all these hedge fund people and stopping people from doing this.”

For his part, Tenev said the decision was made because the surge in stocks like GameStop resulted in a massive deposit bill from the National Securities Clearing Corporation. While the process is fairly complex, brokerages like Robinhood must make initial deposits to clearinghouses when investors buy stocks.

That deposit, according to Tenev, spiked to $3 billion in the midst of GameStop’s volatility, creating a sizable problem for Robinhood since it had only raised $2 billion in venture capital.

“That essentially explains why we had to mark these symbols position-closing only, and also why we knew this was a bad outcome for customers,” Tenev said. “You know, part of what’s been really difficult is Robinhood stands for democratizing access for stocks.”

In his exchange with Musk, Tenev said Robinhood eventually managed to negotiate that requirement down to $700 million.

Monday morning, Robinhood increased the number of new GameStop shares that users can buy from one to four.

Previously on Friday, Robinhood announced that it would back off from its “no-buy, only-sell” policy and would allow limited trading of GameStop; however, that meant users were restricted to only one new share each.

Robinhood also included 49 other companies on that list — including American Airlines, AMC, and even Starbucks. Sunday, Robinhood backtracked by reducing that list to eight stocks — with AMC and GameStop still among the affected.

While users were restricted from buying more than one new share of GameStop at the time, they could now buy up to 10 new shares of AMC.

See what others are saying: (CNN) (CNBC) (Business Insider)