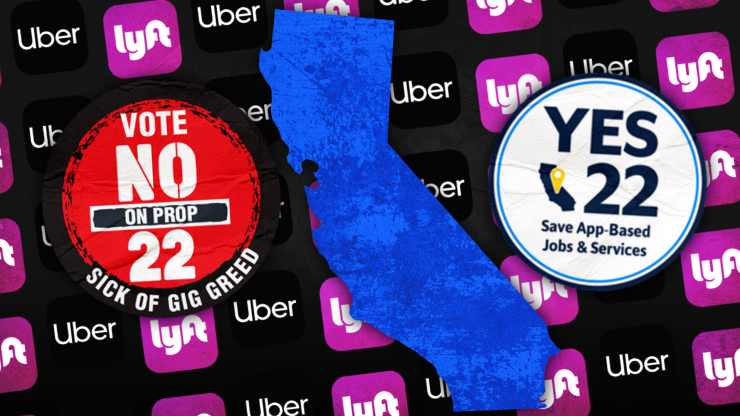 What’s in the Lawsuit?

The drivers behind the lawsuit, along with Service Employees International Union, allege that Prop 22 “illegally” bars them from being able to participate in the state’s workers’ compensation program.

Additionally, they argue that the measure violates California’s constitution by“stripping” the state legislature of its ability to protect who unionize.

“Every day, rideshare drivers like me struggle to make ends meet because companies like Uber and Lyft prioritize corporate profits over our wellbeing,” Plaintiff Saori Okawa said in a statement.

Conversely, Uber driver and Prop 22 activist Jim Pyatt denounced the lawsuit, saying,“Voters across the political spectrum spoke loud and clear, passing Prop 22 in a landslide. Meritless lawsuits that seek to undermine the clear democratic will of the people do not stand up to scrutiny in the courts.”

California ballot measures have been occasionally repealed in the past; however, most of the time, they’ve only been repealed following subsequent ballot measures. If this lawsuit fails, such an initiative would likely be the last option for overturning Prop 22.

Prop 22, which was approved by 59% of state voters in the 2020 Election, exempts app-based transportation and delivery companies from having to classify their drivers as employees. Rather, those drivers are listed as “independent contractors,” also known as gig workers.

Notably, Prop 22 was supported by major industry players like DoorDash, Uber, Lyft, and Instacart, which launched a massive $200 million lobbying and advertising campaign.

While those companies did promise wage guarantees and health insurance stipends for drivers, Prop 22 also eliminated a number of protections and benefits drivers would have seen under an “employee” status, including sick pay and workers’ compensation.

Because of that, many opponents have argued that the measure incentivizes companies to lay off their employees in favor of cheaper labor options.

Last week, it was reported that grocery stores like Albertsons, Vons, and Pavilions began laying off their delivery workers in favor of switching to ”third-party logistics providers.” According to Albertson’s, unionized delivery workers were not included in the layoffs.

In recent coverage from KPBS, one San Diego Vons delivery worker detailed a situation in which he and delivery workers were called into a meeting with management.

“I thought they were going to give us a bonus or a raise or something like that,” he said.

Ultimately, that employee was told he would be losing his job in late February, even though he had been with the company for two-and-a-half years.

“I didn’t want to tell them,” the employee said of his parents, one of whom is disabled. “I’m the breadwinner for the family.”

See what others are saying: (The Verge) (The Washington Post) (CNN)