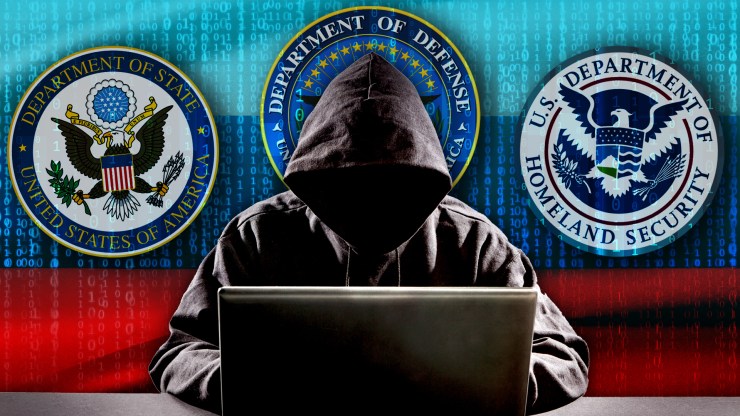 An increasing number of U.S. federal agencies and at least three states were hacked as part of a suspected Russian cyber-attack. A recent report from Politico published on Thursday indicates that the U.S. Department of Energy and some of its subsidiaries were targeted and some access was gained into their systems.

“At this point, the investigation has found that the malware has been isolated to business networks only,” she added.

The attacks are believed to be part of a wider hacking effort by Russian actors. These attacks have been dubbed the SolarWinds hack and it’s believed that the hackers were able to gain access to widespread business and government agencies that use SolarWinds’ Orion program, a near-ubiquitous network management tool used across America’s governments and businesses.

The entities targeted include a vast list of Fortune 500 companies, as well as the Department of Homeland Security, the Treasury Department, the Commerce Department, and the State Department.

It was initially reported by Reuters that Microsoft was among the initial targets, and from there, hackers managed to gain access to other entitie s. Microsoft denies this version of events, with spokesperson Frank Shaw stating that the company found malicious code “in our environment, which we isolated and removed.”

“We have not found evidence of access to production services or customer data,” he said in a tweet. “Our investigations, which are ongoing, have found absolutely no indication that our systems were used to attack others.”

On Dec. 18, The Cybersecurity and Infrastructure Security Agency (CISA) said the hackers posed a “grave risk” to federal, state, and local governments. The agency added, “This is a patient, well-resourced, and focused adversary that has sustained long duration activity on victim networks.”

CISA has increasingly faced shortages of manpower and seasoned leadership during the last few months of the Trump administration as President Trump has been combative with the agency and its leaders. Several high-profile figures, including former director Christopher Krebs, have either been fired or resigned in recent weeks. In response to the lack of resources, the Department of Energy announced that it would increase its funding of internal investigations into the hack of its own systems, including that of the FERC.

Fortunately, it doesn’t seem like hackers gained any access to critical nuclear infrastructure, whether civilian or military.

President Trump has yet to make any remark regarding the SolarWinds hack. Meanwhile, President-Elect Joe Biden pledged in a statement on Dec. 17, “I want to be clear: My administration will make cybersecurity a top priority at every level of government — and we will make dealing with this breach a top priority from the moment we take office.”

For their part, Russian officials have denied any involvement with the attacks.

See What Others Are Saying: (Time) (Politico) (Fortune)