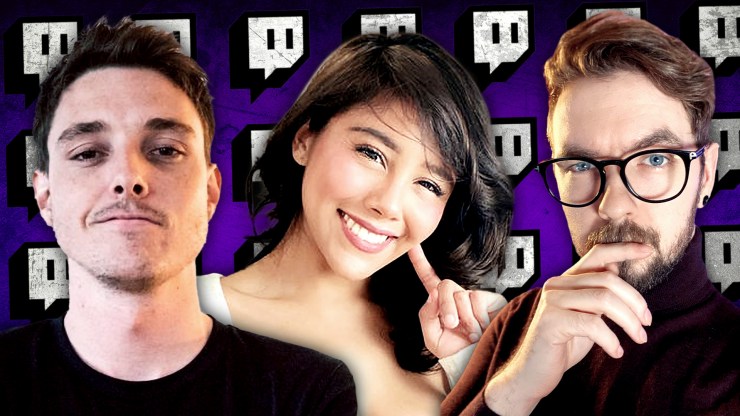 Starting January 22, using “simp,” “incel,” and “virgin” as an insult will be a bannable offense on the popular streaming platform Twitch.

The announcement was made on Dec. 16 by COO Sara Clemens during a town hall on the company’s official stream. “Making any derogatory statements about another person’s perceived sexual practices – and that does include targeting another person with sexually-focused terms.”

She told the host  “So, using terms like ‘simp,’ ‘incel,’ and ‘virgin’ as an insult to negatively refer to someone’s sexual activity is not allowed under this new policy.”

The news, as anyone with any knowledge of the community would expect, was widely mocked. Among the first to react was Rod Breslau, a former professional gamer and notable figure in the gaming community.

He tweeted: “Twitch now says that you can no longer call  others ‘simp’, ‘incel’, and ‘virgin’ as they are now against TOS, along with any emotes relating to the term simp Twitch baby, what is you doing?”

“please don’t call me a simp i will report you to the twitch police and internet authorities, thanks”

Other creators were quick to react to the news as well. Streamer and Youtuber Jacksepticeye wrote, “Thank God Twitch finally cured all toxicity online. The great virgin and simp wars are finally over. The land is at peace and nature is healing.”

Some streamers, such as FazeSimp, were worried that the decision would mean necessary changes to their branding.

Lazarbeam, one of the largest streamers on any platform, decided that he’d stand in defiance of the new rules.

As Draconian As It Seems?

Not surprisingly, the community was quick to come up with alternatives for the words. In particular, there are efforts to save the word “simp,” or at least the meaning behind it. Sykkuno and other creators trying to push “Shrimp.”

While people like Neekolul pushed for a different word, writing, “Wait is the word simp like bannable if said on stream?  O_O I need to find a new word… instead of incel I’ll say manbaby and instead of simp I’ll say KINGS💯”

Despite all the backlash, it’s possible the decision is as draconian as it’s being made out to be. The words “incel,” “simp,” and “virgin” aren’t being outright banned. In her interview, Clemens specifically said, “…using terms like ‘simp,’ ‘incel,’ and ‘virgin’ as an insult to negatively refer to someone’s sexual activity is not allowed under this new policy.”

Twitch backed up that stance in a clarifying statement Breslau:

“We will take action against the use of terms like ‘simp,’ ‘incel,’ or ‘virgin’ specifically when they are being used to negatively refer to another person’s sexual practices. Using these terms on their own wouldn’t lead to an enforcement but we would take action if they were used repeatedly in a harassing manner.”

The platform went on to say, “We deny emotes related to these terms and take them down when they are reported to us. We have a stricter policy on emotes overall because they can be used across twitch so we take more proactive measures to minimize the potential for harm.”

The short version seems to be that calling someone a simp could likely get you a ban while calling oneself a simp is okay.

Like many policies that attempt to enforce similar rules, there are concerns that the grey area in between the extremes will be hard to regulate. For example, Faze Nickmercs wrote, “Can’t imagine gamin’ with the boys and not roasting the shit out of em.”

Other people online pointed out that people are focusing too much on the decision to ban specific words rather than why they’re being banned. One user tweeted, “Why does it matter what kind of words you are using to harass somebody? Shouldnt everyone harrasing get banned regardles?”

How the policy will be enforced is still up in the air, with streamers and fans alike both needing to wait until January 22, 2021 to possibly have a better idea of whether or not they’re still allow to say who they simp for.

See What Others Are Saying: (Dexerto) (The Verge) (Gizmodo)