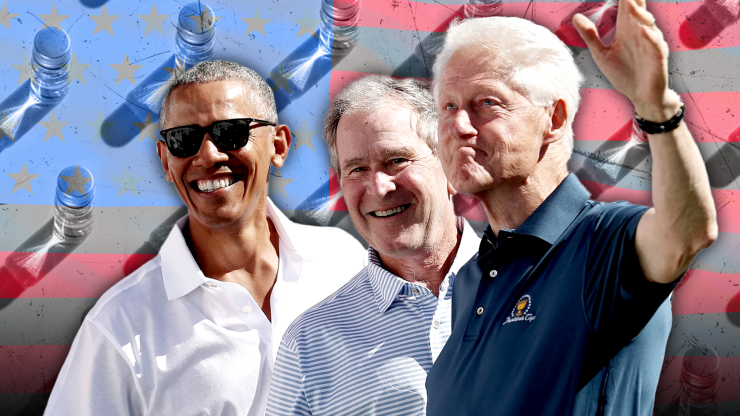 The three most recent former U.S. presidents have pledged to take the COVID-19 vaccine once it is available to the general public.

During an interview Barack Obama did on the Joe Madison Show that was published Wednesday, the 44th president said that as long as Dr. Anthony Fauci, the director of the National Institute of Allergy and Infectious Diseases thinks it’s safe, so does he.

“I promise you that when it’s been made for people who are less at risk, I will be taking it,” he added. “I may end up taking it on TV or having it filmed, just so that people know that I trust this science.”

Representatives for George W. Bush and Bill Clinton told CNN that both would be willing to participate in any effort to encourage people to vaccinate themselves against the deadly coronavirus, which has sickened 14 million Americans and killed over 274,000.

“A few weeks ago President Bush asked me to let Dr. Fauci and Dr. Birx know that, when the time is right, he wants to do what he can to help encourage his fellow citizens to get vaccinated,” Bush’s Chief of Staff Freddy Ford told CNN. “First, the vaccines need to be deemed safe and administered to the priority populations. Then, President Bush will get in line for his, and will gladly do so on camera.”

Angel Urena, Clinton’s press secretary, said that he will “definitely take a vaccine as soon as available to him, based on the priorities determined by public health officials. And he will do it in a public setting if it will help urge all Americans to do the same.”

This comes as a vaccine for COVID-19 is on the horizon. Both Pfizer and Moderna have submitted their vaccines for FDA approval and expect to get the go-ahead in just a few weeks. Healthcare workers and vulnerable populations could get shots this month, but many Americans are unwilling to get this vaccine.

A mid-November Gallup poll asked participants: “If an FDA-approved vaccine to prevent coronavirus/COVID-19 was available right now at no cost, would you agree to be vaccinated?”

As far as why so many people would turn down the vaccine, 37% of those who said ‘no’ claimed they felt the vaccine timeline and development was rushed. Another 26% said they wanted to wait to confirm it was safe, while 10% said they wanted to wait to see how effective it is. Many of these people could likely come around and choose to take the vaccine later on. Still, 12% of those who responded ‘no’ said that they do not trust vaccines in general.

Health officials are working hard on messaging that aims to limit vaccine hesitancy. During a Wednesday appearance on Fox News, Dr. Fauci criticized the fast pace in which the U.K. approved Pfizer’s vaccine, claiming that a turnaround that fast will lead to people questioning whether or not they should take it.

“If you go quickly and you do it superficially, people are not going to want to get vaccinated,” he explained. “We have the gold standard of a regulatory approach with the FDA. The U.K. did not do it as carefully and they got a couple of days ahead, I don’t think that makes much difference.”

Social media companies like Facebook are also working on vaccine messaging. On Thursday, the company put out a blog post promising to remove COVID-19 vaccine misinformation. This could involve taking down conspiracy theories and false claims about the safety, efficacy, ingredients or side effects of the vaccines.

The need for a coronavirus vaccine has never been greater. On Wednesday, for the first time since the pandemic began, hospitalizations for COVID-19 topped 100,000, which is a 26% jump from two weeks ago. The U.S. also reported over 2,800 deaths, another pandemic record. Some experts believe the country is on track to regularly surpass 2,000 or 3,000 deaths a day, and even approach 4,000.

See what others are saying: (CNN) (NPR) (Axios)