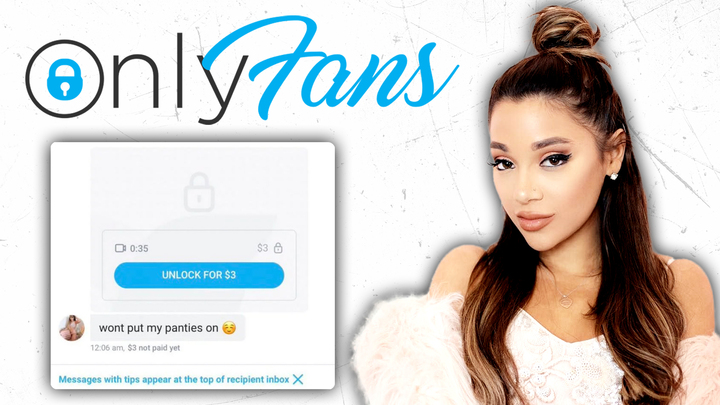 What Did She Do?

OnlyFans said it deactivated a popular influencer’s account on Tuesday after she tricked people into paying for a naked childhood video of herself.

The creator under fire, 25-year-old Gabi DeMartino, is a longtime YouTuber with over 3 million subscribers on her personal channel and 9.6 million on the joint channel she shares with her twin sister. DeMartino also boasts impressive followings on Instagram and Twitter and is perhaps best recognized for her striking resemblance to singer Ariana Grande.

Like other stars and influencers in recent months, DeMartino created an account on OnlyFans, the popular subscription site predominantly used by sex workers because it allows nude and risqué content.

However, DeMartino caused widespread outrage Tuesday after she sent a message to her OnlyFans subscribers that read: “won’t put my panties on.”

That message was accompanied by a 35-second video clip that fans had to pay $3 to unlock. Because of her wording, many assumed that if they paid, they would receive a nude or, at the very least, risqué video of her.

Instead, what fans reportedly ended up getting was a video of her as a toddler lifting up her dress to show herself naked underneath.

Almost immediately, people began slamming DeMartino for duping her fans into essentially buying child pornography.  Many also said they were disturbed by what she had done and reported her to OnlyFans.

After seeing the initial backlash, most notably from YouTube drama channels, DeMartino seemed to defend herself.

“Drama channels are trying to make something out of a childhood video of me, that’s hilarious,” she said in a phone call with Insider reporter Kat Tenbarge.

However, the backlash continued to grow and DeMartino soon changed her tune. When the drama channel known as Spill Sesh demanded the influencer make a statement, she finally did.

“A childhood video of me on the phone sayin ‘Nani says put your panties back on’ and jumping up and down laughing. I’m sorry I didn’t think that one through. period. a home-video i love to share w my friends & i use my OF as a “finsta” page where i share stuff as i would w friends,” She wrote on Twitter.

She expanded on that statement in a follow up post, calling the video a “gooft throwback family moment” that she wanted to share with her fans.

“I am sorry that this wasn’t thought out completely I apologize. The video is down now I am sorry again if this came out wrong,” she continued.

While some fans accepted her apology, many internet users weren’t having it.

Several people specifically took issue with DeMartino claiming she uses her OnlyFans as a “Finsta,” a private account typically reserved for close friends.

In fact, when she talked to Insider via text message, she said her account “was NOT a sexual page.” However, the outlet noted that DeMartino’s previous OnlyFans posts were sexual in nature.

“DeMartino’s photos and videos on OnlyFans included a video of her boyfriend lying on top of her and kissing her and a picture of him groping her,” Insider reported. “She also posed topless for a “nip slip” image and for one image of her breasts pressed against another woman who was clothed. DeMartino also posted multiple videos of her twerking.“

This information caused many to question her apology further, meanwhile, others continued to take issue with how she marketed the video.

In a now-deleted tweet, DeMartino even addressed her phrasing in the initial message, saying: “I was trolling it was wrong period.”

She’s trying to play it off as just trolling🤢🤢🤢 pic.twitter.com/Y4wtHSJNJv

DeMartino also told Insider that she took down her OnlyFans page after the outrage, but that too was called into question because OnlyFans issued a statement to several media outlets saying it deactivated her accounting for violating its terms of service.

Still, while her account is now gone, many adult entertainers are frustrated that yet another star is giving OnlyFans a bad name.

“It’s women like her that do this that make people turn to those of us in the adult industry who would never do something like this, and we take the blame for it,” Alana Evans, an adult entertainer and president of the Adult Performers Actors Guild (APAG) told The Daily Beast.

Evans told the outlet that she reported the page to OnlyFans and encouraged the site to help authorities so that DeMartino is prosecuted. She also said she has contacted the FBI about this situation. However, at this time, it’s unclear if DeMartino will face any serious legal consequences.

See what others are saying: (The Daily Beast) (Insider) (PopBuzz)