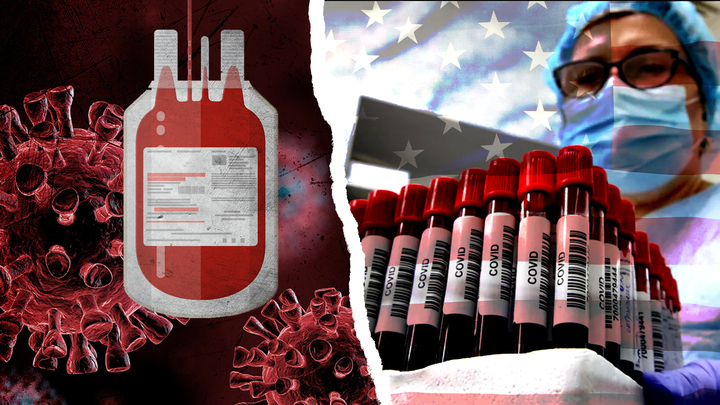 COVID-19 may have made its way to the United States in December of 2019, weeks earlier than previously thought, according to a new government study.

That study was published Monday in the Clinical Infectious Diseases journal. The first coronavirus case was reported in Wuhan, China at the end of December. The first case in the United States was not reported until mid-January, but health experts have long wondered if the disease had been spreading sooner than that.

For the study, the Centers for Disease Control and Prevention looked at 7,389 blood donations collected by the American Red Cross between December 13, 2019 and January 17, 2020 from donors across nine states.  Of those samples, antibodies showed up in 106. Antibodies came up from people in each state, with 39 coming from California, Oregon and Washington and the other 67 coming from Massachusetts, Wisconsin, Iowa, Michigan, Connecticut or Rhode Island.

Further testing was done on a majority of these samples to confirm that these antibodies were related to this specific outbreak and not part of other common coronaviruses. The data showed that they “were obviously from SARSCoV-2 infected individuals.”

“The findings of this report suggest that SARS-CoV-2 infections may have been present in the U.S. in December 2019, earlier than previously recognized,” the authors wrote.

The study provides major context about the virus and the way it may have been spreading, completely unknown to public health officials for quite some time. The authors of the study believe this information will kelp experts better understand the pandemic, how it started, and how it can be mitigated.

“Understanding the dynamics of SARS-CoV-2 pandemic from early introduction throughout further progression will advance understanding of the epidemiology of this novel virus and inform allocation of resources and public health prevention interventions to mitigate morbidity and mortality associated with COVID-19,” the report said.

While the study provides incredible insight into the start of the coronavirus, the authors did also note there are limitations to what can be learned from it. For example, the data in the study should not be used to measure the magnitude of infections on a state or national level. It also cannot determine if these people came into contact with the virus from traveling, community spread, or another means of transmission. Though, a previous study of blood donors indicated that only around 3% had traveled outside of the U.S. in the 28 days prior to their donation.

This is not the first study to suggest that COVID-19 was spreading this widely so soon. Dr. Eric Feigl-Ding, an epidemiologist and health economist explained on Twitter that this news matches up with a wastewater analysis, which found that the virus was potentially in Europe, specifically in Northern Italy, in mid-December. It also matches early indicator data that found excess flu illnesses in the province Wuhan is in during early December.

Additionally, a separate report published in the Clinical Infectious Diseases journal last week found that the United States may have had significantly more COVID-19 cases than recorded. Since so many cases go unreported and undetected because many have no or mild symptoms, the study aimed to find the true number of cases the country may have seen at this point.

“To estimate the cumulative incidence SARS-CoV-2 infections, symptomatic illnesses, and hospitalizations, we adapted a simple probabilistic multiplier model,” the study explained. “Laboratory-confirmed case counts that were reported nationally were adjusted for sources of under-detection based on testing practices in inpatient and outpatient settings and assay sensitivity.”

These cases, however, are unconfirmed and based on the model created. Currently, the U.S. has seen 13.6 million confirmed cases and lost 268,626 lives to the coronavirus.

See what others are saying: (Wall Street Journal) (NPR) (Bloomberg)