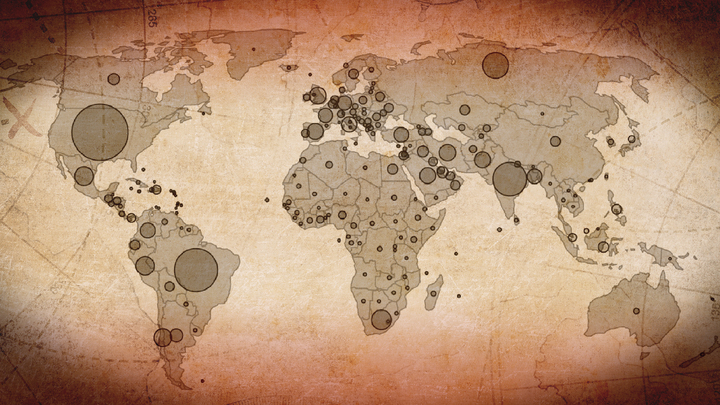 COVID-19 Cases on the Rise

The United States recorded 102,831 new COVID-19 cases on Wednesday, the largest single-day spike of new infections since the start of the pandemic.

New cases have been on the rise since an initial dip leading into the fall, however, the last five days have been especially rough, bringing in numbers not seen since the first weeks of the outbreak in the US.

Experts point out that most U.S. states have begun to reopen, including many that allow indoor dining and expanded access to group activities. These same activities are some of the most likely to spread the coronavirus.

The current seven-day average of daily new cases is 89,859. That’s 108% more than the previous month. Nationwide only three states have managed to maintain a downward trend: Alabama, Mississippi, and Tennessee.

John Hopkins reports that 9.5 million Americans to-date have been infected with COVID-19 and 234,000 have died.

The trend of increased cases isn’t limited to the U.S. either. On October 30, France entered its second national lockdown, and Germany followed in their footsteps at the start of November. In the coming days and weeks, the U.K., Austria, and much of Europe have plans to implement further shutdowns. Only in East and Southeast Asia have countries managed to keep the virus relatively contained, with only small outbreaks.

The spike in cases serves as a cold reminder that Congress has yet to pass another coronavirus relief package. On Wednesday, Senator Mitch McConnell (R-KY) announced that he would push for a second coronavirus bill to be passed before the end of the year.

At a press conference in Kentucky, he told reporters, “We need another rescue package.”

“Hopefully, the partisan passions that prevented us from doing another rescue package will subside with the election. We need to do it, and I think we need to do it before the end of the year.”

McConnell went on to say he would agree to negotiate a few of the points that Democrats wanted in the bill they passed in the House earlier this year, including concessions on expanded funding for schools, hospitals, and a continuation of the small-business loan program.

However, Sen. McConnell wouldn’t agree to the massive spending proposal that Democrats have sought. Notably, he opposed increased funding for state governments and expanded national testing programs, instead favoring the small-business loan program and tax credits for retaining employees.

It’s unclear how much Speaker of the House Nancy Pelosi (D-CA) will want to negotiate with Republicans, as House Democrats have been adamant in their $3 trillion spending bill.

Although, it does look like Pelosi will have a weaker hand in negotiations because current eletion projections show that Democrats will maintain control of the House but lose some seats there.

There is a chance; however, that the Senate may not be in Republican control. There are still a handful of races to call, and it increasingly looks like Georgia will have two run-off elections in January.

Those elections could easily decide who controls the Senate.