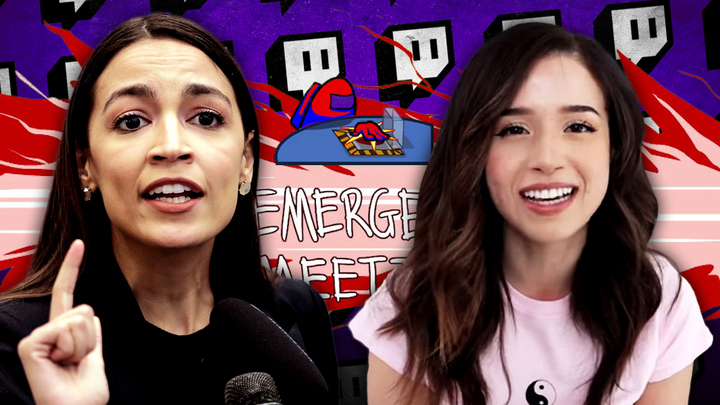 AOC Issues a Call for “Among Us” Players

Internet stars are jumping at the chance to stream a game of “Among Us” with Rep. Alexandria Ocasio-Cortez (D-NY) on Twitch this week.

“Anyone want to play Among Us with me on Twitch to get out the vote?” the Democratic congresswoman from New York tweeted out Monday.

“I’ve never played but it looks like a lot of fun,” she added before asking, “Who would you want to watch in a game together? ⬇️”

“Among Us” is a multiplayer murder mystery game that was released in 2018, but it recently became wildly popular thanks to various streamers and people trying to have fun with friends in this age of social distancing.

While many streamers were quick to reply to AOC’s question, one of the biggest names catching attention was Pokimane, who has over 6 million Twitch followers.

“It’d be an honor,” she tweeted back.

“Let’s do it!” Ocasio-Cortez replied, saying she’ll set up her account and get equipment together.

Aside from Pokimane, AOC also publicly agreed to play with streamer and political commentator Hasan Piker, as well as Rep. Ilhan Omar.

It’s unclear how many people she’s looking to bring together, but a game of “Among Us” can have up to 10 players.

Other huge creators throwing their names into the hat include James Charles, Gus Johnson, Jacksepticeye, Lazarbeam, and Dr Lupo.

I’d love to if you’re down!

If you need a diversity of accents hit me up

I offer myself as tribute. 😁

However, as of now, no other players have been publicly confirmed. AOC set up her Twitch channel last night, which already has nearly 200,000 followers.

She said she spent time setting up mods and doing run-throughs but plans to go live sometime Tuesday night.

It will be interesting to see who participates and what kind of viewership this event brings in. Many agree that the steam could prove to be a smart way to reach younger Americans before the election, a base AOC is especially good at communicating with.

Although she admittedly hasn’t played this particular game before, video games aren’t exactly outside her realm of interests. In fact, she previously opened up about loving to play “League of Legends.”

Ocasio-Cortez is also far from the only Democrat-leaning into video games as a way to reach young voters. The Biden-Harris campaign has taken a similar approach with the “Animal Crossing: New Horizons.”

Last month, they released official yard signs through the game, and just this month, the campaign launched Joe Biden’s virtual headquarters– an entire island where users could connect with his campaign,

According to Christian Tom, director of digital partnerships for the Biden-Harris campaign: “The island includes plenty of ice cream, trains, aviators, chucks, swag, and more weaved throughout the entire island — but there are also features that encourage players to organize and mobilize.”

For example, it included ads for the DNC’s “I Will Vote” website as well as an election day checklist, among other features. Biden’s character even walks across the island so players can take virtual selfies with him.

See what others are saying: (Insider) (The Verge) (CNET)