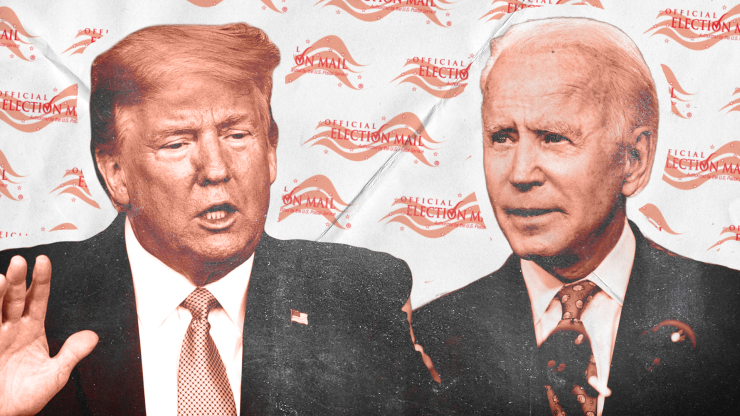 The 2020 Presidential Election has set records with its early-voting turnout in multiple states and is on track to do the same in nearly all of the 39 states where early voting has started.

Likely fueling this trend is the ongoing coronavirus pandemic, which has prompted states to expand mail-in voting efforts to accommodate those who wish to lower their chance of exposure.

California, for instance, reported that as of Thursday, over 1.7 million ballots have already been cast for 2020 Presidential election. That’s the most number of confirmed ballots collected at this point in any state election. Around 435,000 of those ballots are from Los Angeles county alone, so that number may skyrocket as the other populous areas of the state start having their ballots collected.

It’s possible that this election will have the highest voter turnout in the state because California still has 20 million more ballots to go.

Outside of California, there’s been historic early voting numbers. While not every state has sent mail-in ballots to all voters, many have opened up for early voting by mail or in-person. Texas, for example, opened up early in-person voting Wednesday while mail-in voting has been happening for about a month now. As of Wednesday, about 649,000 ballots have been cast either by mail or in-person in the state’s 10 largest counties.

Those counties represent 57% of registered voters. To put that in perspective, as of the first day of in-person voting in 2016, only about 497,000 ballots were cast in those same counties. Across the entire state, over 1 million votes have been cast so far.

Democrats are hoping that these historic numbers are a good sign for them; Texas Democratic Party chairman Gilberto Hinojosa said in a statement, “Texas Democrats are rising. After the first day of early voting, it’s clear that energy is on our side and Texans are ready to turn our state blue.”

“With the energy seen among Texas Democrats, we will win the White House, take our John Cornyn, flip several Congressional seats, break the supermajority in the Texas Senate, flip the Texas House, and win hundreds of local elections across the state.”

Republicans weren’t too worried, saying that these numbers seemed to be on-par with a competitive election. Their voter-data expert told the Texas Tribune, “Right now all we have is one day of early voting under our belts, and we have many more to go, so I’d equate it to a horse race. The Democrats got a good start out the gate, but we’ve still got a whole race to run.”

While Texas is unlikely to flip, there are some important battleground states that have seen huge early-voting numbers. Take Pennsylvania, which has seen more early voters this election than in the entirety of 2016.

Other battleground states, such as Wisconsin, Minnesota, Ohio, Florida, and Michigan are also on par to pass their 2016 early-voting numbers according to local election data.

In Florida, this is particularly notable because so far the state has only had absentee voting. In-person early voting doesn’t begin until October 19.