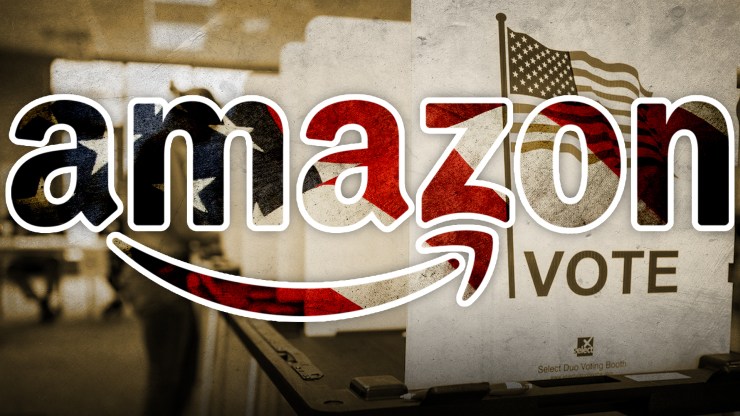 Thousands of Amazon tech workers backed a petition Tuesday urging the company to offer employees paid time off to vote on or before Election Day.

Amazon is the second-largest employer in the country, with over 1.3 million U.S. workers, including Whole Foods employees. However, it does not have a companywide policy in place that offers paid time off to participate in federal elections.

For comparison, Walmart, which is the nation’s largest employer, offers up to three paid hours for its employees to vote. Other companies like Facebook, Apple, Uber, Twitter, and Starbucks also provide allotted time for voting. Some companies, like Patagonia, are even closing their doors completely on Election Day, while stores like Best Buy are reducing hours.

Supporters of such policies point out that for many Americans, voting, especially during a pandemic, can mean hours-long lines and other unexpected delays.

Because of this, on Tuesday, more than 4,000 Amazon tech workers added their support to a petition that was created internally that morning by Amazon Employees for Climate Justice.

That group formed in 2018 to put pressure on the company to commit to reducing fossil fuel emissions, but has expanded its focus to speak out against poor working conditions and other issues.

The petition calls for eight hours of paid time off to be made available for employees to use up until Election Day for voting-related activities, including registering to vote and volunteering.

However, on the other side of the issue, Amazon spokeswoman Jaci Anderson said that the company has given employees information on how to register to vote and request time off.

“In all 47 states with in-person voting, employees that lack adequate time before or after their scheduled workday to vote, can request and be provided excused time off,” she explained. “The number of hours and pay provided to employees varies by state in line with local laws.”

It appears that for now, Amazon doesn’t want to make paid time off for voting a company-wide policy and instead will only comply with local laws.

That’s a big deal because, although many states require employees to be excused and paid for a few hours if voting conflicts with work schedules, several battleground states, including Florida and Pennsylvania, do not.

See what others are saying: (NBC News) (CNN) (The New York Times)