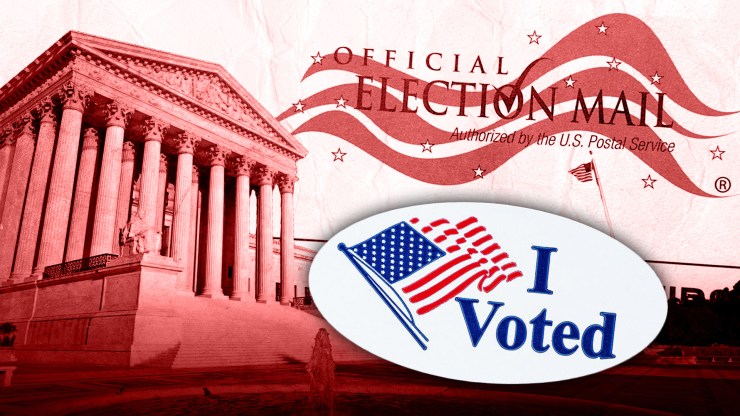 The Supreme Court reinstated a mandate in South Carolina that requires voters to get a witness signature for their absentee ballots.

The court made the order on Monday, the first day of their new term. This mandate is favored by Republicans and has been condemned by Democrats who believe that obtaining the signature is limiting for voters, especially during a pandemic. Lower courts suspended the rule because they believed it would interfere with a person’s ability to vote during COVID-19.

However, the Supreme Court said the mandate should be reinstated, arguing it was consistent with other decisions. There were no noted dissents.

“This Court has repeatedly emphasized that federal courts ordinarily should not alter state election rules in the period close to an election,” Justice Brett Kavanaugh wrote.

Kavanaugh also wrote that regarding the pandemic, state election rules “should not be subject to second guessing by an ‘unelected federal judiciary,’ which lacks the background, competence, and expertise to assess public health and is not accountable to the people.”

The court did allow exceptions for ballots that had already been cast or that will be received by officials within the next two days. Justices Clarence Thomas, Samuel Alito and Neil Gorsuch would have ordered that any ballot, regardless of when it had been sent, should not be counted if it did not have a witness signature. According to the Associated Press, more than 200,000 absentee ballots have been mailed in the state and 18,000 have been returned.

The order was celebrated by Republicans, including GOP Chairwoman Ronna McDaniel, who believes this is a win for their party and election integrity.

“Despite the Democrats’ efforts to hijack a pandemic and use it to meddle with our election laws, they’ve lost,” Drew McKissick, the head of the South Carolina Republican Party said in a statement. “We’re pleased the Supreme Court reinstated the witness signature requirement and recognized its importance in helping to prevent election fraud.”

However many believe rules like this witness signature mandate are all part of greater voter suppression efforts, which are largely led by the Republican party. Some believed this could effectively swing the vote in favor of Republican candidates both in the state and in the presidential race.

The African American Policy Forum tweeted a thread explaining the dangerous implications of this order, writing that in every state, Republicans are “fighting to make it harder to vote and easier to throw out ballots.”

“Today’s SCOTUS order concerning South Carolina’s absentee ballot witness requirement is one such example,” the group wrote. “Sadly, there will be many more such decisions between now and November.”

This order is significant, as it pertains to an election-related case just under a month away from one of the most consequential presidential elections in the country’s history. Rick Hasen, a legal scholar and law election expert at the University of California-Irvine, wrote that it could hint at how the court could vote in future voting cases.

“This sends a strong signal that the Supreme Court is going to be wary of federal court ordered changes close to the election, even those done to deal with burdens on voters created by the pandemic,” Hasen wrote.

“This is a signal that this continues to be a Court not willing to strongly protect voting rights.”

NBA “Bubble” Proves Successful as Season Comes to a Close