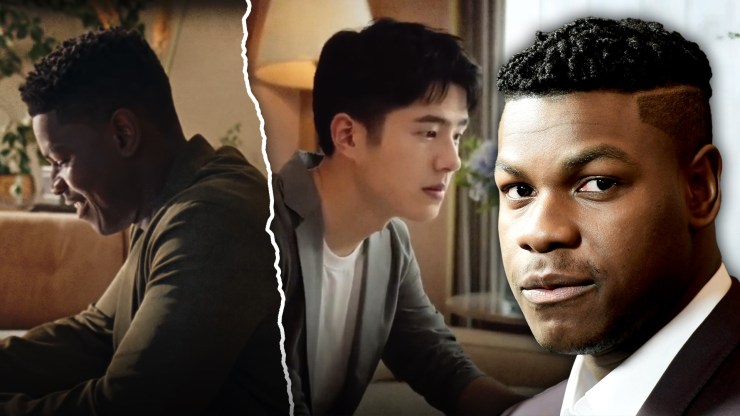 The perfume and candle brand Jo Malone London apologized to actor John Boyega after it replicated the personal advert he made for the company without him for the Chinese market.

In 2019, the brand named the Star Wars actor its first male global ambassador. Under the role, Boyega shot an advert for the company based on his roots and personal experiences.

The short film was called, “A London Gent,” and according to several reports, it was his creative concept and a project he directed. It showcased him enjoying time with his real-life friends and family in his diverse hometown of Peckham, London.

“There’s a mixture of things you see me do in the film, you see me in a professional environment on a film set, then with family and it’s about breaking free of the concept of ‘going back or returning to your roots’ but more about the roots existing with this new side of my life,” he said of the commercial last year in an interview with Women’s Wear Daily.

The commercial was well received and actually won Best Media Campaign at The Fragrance Foundation Awards this year. Still, the brand decided to essentially replicate the commercial for the Chinese market without Boyega’s knowledge or participation.

Instead of just using Boyega’s original ad, it replaced him with Chinese actor Liu Haoran, star of the hugely popular Detective Chinatown film franchise. Boyega’s friends and family were replaced as well, which means there was not a single Black person included in the Chinese ad.

Though it’s not totally identical, it’s clear the commercial reused the same concept –minus the diversity elements. It even replicates some specific scenes like one where the camera zooms into Boyega’s eye and another where he rides a horse while his friends ride bikes.

On top of all that, the Chinese ad is also called “A London Gent,” and according to The Hollywood Reporter, Boyega only found out about this after it was put on Twitter.

Boyega hasn’t officially commented on the issue, but he’s definitely aware of the backlash. He retweeted one user who shared his ad saying, “Now, this man needs to be properly compensated for the thievery! No apology is good enough.”

He also retweeted a post showing the Chinese ad for comparison, as well as an article from The Hollywood Reporter on the topic.

That article includes a statement from the brand which reads: “We deeply apologize for what, on our end, was a mistake in the local execution of the John Boyega campaign. John is a tremendous artist with great personal vision and direction. The concept for the film was based on John’s personal experiences and should not have been replicated.”

Joe Malone also apologized to Haoran, saying he was not involved in the conception of the Chinese ad.

“While we immediately took action and removed the local version of the campaign, we recognize that this was painful and that offense was caused,” it continued.

“We respect John, and support our partners and fans globally. We are taking this misstep very seriously and we are working together as a brand to do better moving forward.”

This is not the first time Boyega has sparked discussions about racism in China and the entertainment industry. In 2015, when “Star Wars: The Force Awakens” was released, Boyega’s character was resized to be significantly smaller on the Chinese version of the movie poster.

“What I would say to Disney is do not bring out a Black character, market them to be much more important in the franchise than they are and then have them pushed to the side. It’s not good. I’ll say it straight up,” he said at the time.

As for Jo Malone, it has pulled the Chinese advert, but it’s unclear if Boyega’s relationship with the brand will continue.

See what others are saying: (Insider) (Variety) (The Hollywood Reporter)

Twitter to Investigate Auto-Crop Algorithm After Accusations of Racial Bias