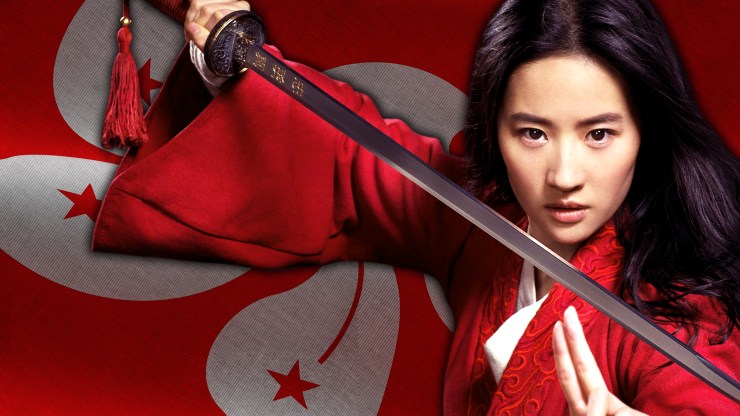 Backlash for Filming in Xinjiang

Disney is facing backlash for filming parts of its live-action remake of “Mulan” in the Xinjiang region of China, where over 1 million Uighur Muslims have been detained and imprisoned in internment camps.

In addition to filming in Xinjiang, in the movie’s credits, the studio gives special thanks to groups located in that area of China. Those groups include the Chinese Communist Party’s publicity department located in Xinjiang, as well as the public security bureau in Turpan, which is a city in the region.

China has come under repeated fire for what is happening to Uighurs in Xinjiang. The United States has openly condemned it and imposed sanctions as a result. China has maintained that the structures they have built there are not concentration camps, but reports indicate otherwise. Some Uighurs have died in these camps, and others have undergone forced sterilization, resulting in increasingly shrinking birth rates.

The details of Disney’s partnership with the region have not been released, but an Instagram post from Niki Caro, the director of “Mulan,” shows that she and Disney were location scouting in the area in 2017. Production for the picture began in 2018. While human rights abuses have been going on for years in Xinjiang, some reports indicate that efforts ramped up around then, and that concentration camps were being built in that same year.

By filming in Xinjiang and crediting government entities in the region, many think Disney has just publicly thanked the same groups who are responsible for these camps, and one of the worst mass human rights violations occurring right now. Some are calling for audiences to boycott “Mulan” because of this.

Yaqiu Wang, a researcher for Human Rights Watch, demanded on Twitter that Disney share details about its filming of “Mulan,” as well as what kind of human rights due diligence it conducted before choosing to film there.

Amnesty International also tweeted asking for the studio to release its human rights due diligence report.

This was not the only hot water “Mulan” landed in as it hit its premium VOD release on Friday. Many had previously called for a boycott of the “Mulan” remake because its lead actress, Lui Yifei, made comments in support of Hong Kong police cracking down on pro-democracy protesters. Those calls were reignited this weekend. After activist Agnes Chow was arrested her supporters started calling her the “real Mulan,” giving this second wave of the boycott calls traction.

“When you watch #Mulan, not only are you turning a blind eye to police brutality and racial injustice (due to what the lead actors stand for), you’re also potentially complicit in the mass incarceration of Muslim Uyghurs,” Hong Kong student activist Joshua Wong tweeted.

It’s unclear how effective any boycotting efforts have been as Disney+ has not released data on how many people purchased “Mulan.” However, a Sunday Bloomberg report indicates that the remake may have given the streaming platform a boost.

Bloomberg says that Disney+ app downloads went up 68% between Friday and Sunday after the film hit the service. Consumer spending on the site also saw a 193% jump up.

“Mulan” will debut in theaters in China this Friday. Disney has stopped at almost nothing to ensure that the project would be a success in the country. Back in the ‘90s, the studio hoped its animated “Mulan” would be a hit in China, but at the time, the country ended up shutting Disney out of its film market for distributing a movie called “Kundun” because it glorified the Dalai Lama. Disney then had to jump through hoops and cater to their film industry in order to get it released there a year later.

Since then, Disney has worked overtime to make sure it is a success in China, both at its box office, theme parks, and elsewhere. Having “Mulan” triumph there was a priority for the movie-making giant, but many think Disney kowtowed to China to do so. Isaac Stone Fish, a contributor for The Washington Post, wrote that this “Mulan” remake has become Disney’s most problematic film since the blatantly racist 1946 picture “Song of the South” because of the “shameful compromises” Disney made while producing the film.

See what others are saying: (Bloomberg) (The Washington Post) (The Guardian)