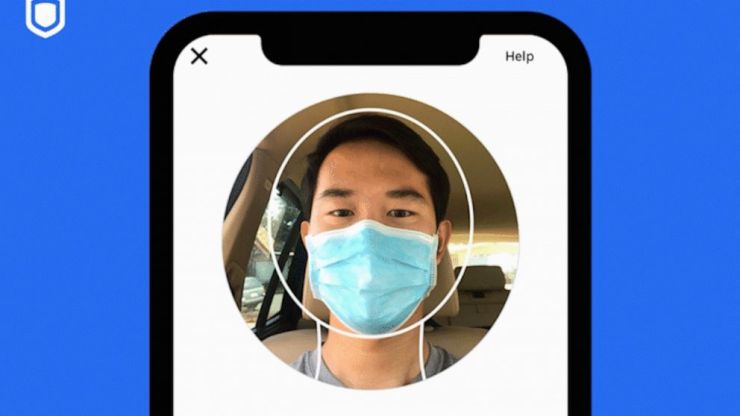 Uber is preparing to roll out a new feature by the end of the month aimed at protecting drivers by preventing passengers from getting into their vehicle without a mask.

To enforce Uber’s “no mask, no ride” policy that it implemented on May 18, some users will be required to take a selfie while wearing a mask before being able to use the app.

The rule won’t apply to everyone, though. Customers will only be asked to take such photos if a driver reports that they are not wearing a mask. From there, they’ll need to take the picture before being able to request a new ride. Both riders and drivers are currently allowed to cancel a trip without penalty if they report that the other person is not wearing a mask.

The new feature was originally designed to ensure that Uber’s drivers, as well as its delivery people for Uber Eats, were complying with company policy. Reportedly, the feature can even verify whether people’s mouths and noses are still exposed even if they are wearing a mask. It can also detect whether users are simply trying to skirt the rules by putting their hand over their face.

On Tuesday, the company said it had used this feature on more than 3.5 million drivers and delivery people who have completed more than 100 million mask verifications.

Still, customers were not originally required to take mask selfies, and this move likely came following complaints from drivers who found themselves sharing their vehicles with unmasked passengers.

“We firmly believe that accountability is a two-way street,” Sachin Kansal, Uber’s global head of safety, said in a blog post. “That’s why we’re expanding the same technology to riders, too.”

To prevent the spread of COVID-19, ensuring that everyone in an Uber vehicle is wearing a mask could be critically important, as proper social distancing would be highly unlikely. Even if social distancing is possible in some vehicles, both passengers and drivers would still be in a relatively small enclosed space.

The new policy will first roll out in the United States and Canada near the end of September. After that, Uber plans to begin implementing the policy in Latin American countries.

On social media, many lauded the new policy, including some drivers who believe it will help keep them safer while working.

“Finally!!!!” one driver said on Twitter. “I’ve been asking for that with the passengers since us drivers are required to take a selfie with a mask on before we can get online.”

Finally!!!! As an Uber driver, I’ve been asking for that with the passengers since us drivers are required to take a selfie with a mask on before we can get online.

Others, however, noted what they believe to be blind spots in the new policy that could still lead to coronavirus spread.

“Problem is it only applies to riders who previously were reported by another driver as not complying. SMH,” one Twitter user said.

The policy also would not be able to address instances where people remove their masks after taking the selfie, though a ride could still be canceled.

According to CNN Business, multiple violations of this policy could lead to an account deactivation, but the company did not indicate how many violations a customer would need to accrue for that to happen.

In May, Uber made a number of changes to its operations. In addition to its mask requirement, the company has also reduced the number of people allowed to ride in an Uber X from four to three.

The company has also promised to spend $50 million on its drivers for safety measures. As of September, Uber said it’s distributed more than 50 million face masks and over 800,000 packets of disinfectant sprays, wipes, and hand sanitizer to drivers.

In July, Uber’s coronavirus safety policies were made indefinite.

See what others are saying: (The Verge) (USA Today) (San Francisco Gate)